A quick note: Labor Day weekend is almost here. We won't be in your inbox Monday because of the holiday, but we'll be back Tuesday with a recap of everything from the long weekend and what's in store for next week.

A week after Hurricane Harvey began menacing the coast, Texans and state and federal officials are just beginning to get a sense of what could be the costliest natural disaster in U.S. history. Meanwhile, more than 650 new state laws are set to go into effect — unless they're currently tied up in court. Here's what you need to know:

• First, the latest on #Harvey. The one-week anniversary of Hurricane Harvey began with two chemical explosions at a manufacturing plant in Crosby that had been six feet under hurricane floodwaters. Meanwhile, 60 miles east in Beaumont, rising floodwaters cost the city its water supply. Later in the morning, Vice President Mike Pence arrived in Corpus Christi, flanked by other federal officials, and spent the day with Gov. Greg Abbott surveying damage and meeting victims of the storm. As the day continued, Texans across the state grew increasingly worried about a possible fuel shortage — despite Texas officials saying it was all undue panic. People rushed to gas stations ahead of the Labor Day weekend, making for long lines that snaked around buildings.

• A federal court got in between Texas and a newly passed law again this week. A federal judge temporarily halted Texas officials from enforcing a ban on the most common second-trimester abortion procedure, citing that without his order, women and their doctors would be left with "more complex, risky, expensive [and] difficult" abortion procedures that are "difficult for many women to arrange." The abortion ruling came the day after a judge in San Antonio temporarily stopped key parts of the state's "sanctuary cities" law from taking effect, which the state has said it plans to appeal.

• The latest in Texas' redistricting battle came Thursday afternoon when the U.S. Supreme Court provisionally put on hold a lower court ruling that invalidated parts of the state House map. In this case, nine House districts across the state could be at play — not to mention the ripple effect those boundaries could have on neighboring districts — during the 2018 elections. This is in addition to the temporary hold SCOTUS recently placed on the state's congressional map, after a lower court invalidated two of Texas' 36 congressional districts. All eyes are on the calendar as the next election cycle approaches, with some wondering if legal challenges to the maps will delay the March 2018 primaries.

• A statewide ban on texting while driving is one of more than 650 new laws slated to go into effect today. Also on the books are a law that drastically lowers the license to carry a handgun in the state and another that requires new school buses to have seat belts for all riders.

• A firm is predicting Harvey is on track to be more expensive than Hurricanes Katrina and Sandy combined.

• The lives of tens of thousands of people in Texas have been turned upside down because of Harvey — but it's low-income Texans who are set to face a tougher road to recovery.

• Texans in Congress face daunting Harvey-related needs as they return to D.C.

• School districts in the state are preparing to take in children displaced from the storm.

• Historically black neighborhoods in Houston are devastated — and most of their residents have smaller safety nets.

• Shelters in Houston are remaining a lifeline for thousands.

• Immigration authorities say their agents are not conducting routine immigration enforcement operations amid Harvey rescue efforts — despite rumors to the contrary.

• Here's a recap of everything else Harvey-related that happened Thursday.

• Texas Attorney General Ken Paxton says the Sept. 5 deadline for President Trump to decide the fate of DACA is still on.

• Therapists in Texas who work with disabled children saw a momentary glimpse of hope when state lawmakers decided to restore some of the funds they cut for those services in 2015. Key word: Momentary.

A former Baylor University coach is planning to slap the school with another Title IX lawsuit next week. (Waco Tribune-Herald)

Do you think Harvey ups the chances the Texas Legislature comes back for a special session? Some are starting to say so. (The Houston Chronicle $)

The city of San Antonio is removing a Confederate statue from one of its parks. (The San Antonio Express-News $)

Harvey is shifting political winds up in D.C. (The New York Times) 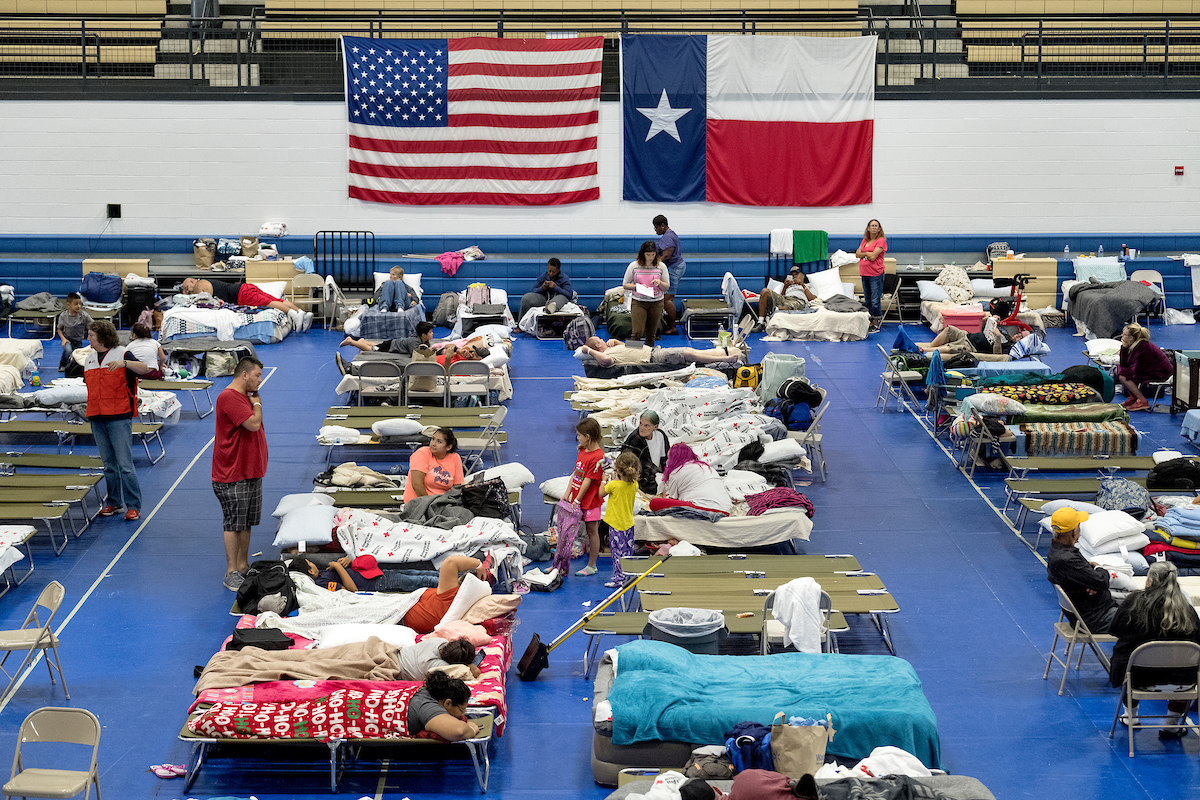 "As hard as it is for everyone to deal with this — disasters can be an equalizer — it’s just much harder for individuals who had less to work with in the beginning to recover."