Tensions between the Senate and the House — and between Gov. Greg Abbott and Lt. Gov. Dan Patrick, who presides over the Senate — became more public last week, when a brouhaha at a private weekly leadership breakfast attended by Abbott, Patrick, House Speaker Joe Straus and Comptroller Glenn Hegar spilled into public view. Much (but not all) of the tension revolves around House and Senate tax cut differences in the budget, the only thing lawmakers have to pass.  “... [T]he tax tiff makes for a pretty good canary in this coal mine,” Ross Ramsey wrote. “ If lawmakers can settle on a mix and get it done, the budget writers can finish their must-do bill. If they can't, the criticism of state leaders could be ugly.”

This week’s playlist of the news kicks off with two versions of “Canary in a Coal Mine” — the original Police tune, followed by Toots and the Maytals’ inspired cover.

First reported by Texas Monthly, the contentious repast was also attended by the leaders’ chiefs of staff, who, Patrick Svitek and Ramsey wrote, got their marching orders: work it out, before the session ends. Here’s Stevie Wonder’s transcendent reading of The Beatles’ “We Can Work it out.”

It’s in the House budget, but the cost of expanded pre-K for some Texas children isn’t necessarily at the top of the list of reasons why some object to it. In an open letter to state Senate members — with “Lt. Governor’s Grassroots Advisory Board” for letterhead — leading Tea Party activists from around the state blasted the proposed program, calling it “godless” and dropping the “socialistic” bomb. As reporter Jay Root noted, this criticism was a slap at, among others, Gov. Abbott, who made pre-K one of his emergency items early in the session.

Despite the letterhead, Lt. Gov. Patrick said he didn’t know about the letter from his appointed advisory board ahead of time, but it nonetheless raised the governor’s ire — which he evidently freely expressed at the leadership breakfast. “I will say this for anyone who’s been wondering where Abbott has been,” one source said. “He arrived today.” Here’s Judy Holliday singing “Where Have You Been?”

Monday was Tribune Executive Editor and CEO Evan Smith’s birthday, so in our occasional attempt to hip our co-founder to Led Zeppelin, here’s “Fool in the Rain,” which features drummer John Bonham playing a Purdie Shuffle, which morphs into a Latin groove and features a face-peeling octave-drenched guitar solo from Jimmy Page.

Folks who work in and around the Capitol complex are familiar with a yearly occurrence oddly specific to the east side of Congress Ave. between 10th and 11th street: nesting grackels (or maybe it’s the same one every year) swooping down on unsuspecting pedestrians. It’s one of those things that’s funny when it happens to other folks, downright disconcerting when it happens to you, but no one (as far as we know) has ever actually been hurt, so here’s “Three Little Birds” from Bob Marley and the Wailers.

And here's a news short about the "attack grackles" made by our media partners at WFAA in Dallas way back in 1991:

Every other year, lawmakers convene to take up momentous issues: public health, education and transportation, to name a few. But one committee — the House Culture, Recreation and Tourism Committee — hears proposals for official state designations, as Ryan McCrimmon noted Tuesday. It’s a pretty fanciful list — Odessa, you might be interested to learn, is the Jackrabbit-Roping Capital of Texas. Hico, Texas as the Steak Capital and honeybees as the State Pollinator made it out of committee this week; making the cowboy hat and “The Lone Star State” official didn’t … not yet, anyway. Here’s Jacksonville, Texas’ own Lee Ann Wommack singing “The Bees.” 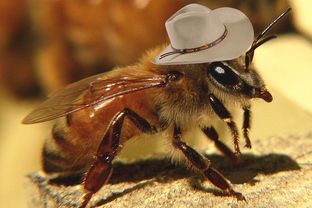 The Texas Railroad Commission does a great deal — it’s one of the main regulatory bodies in the state — but it doesn’t regulate trains, and hasn’t for a long time. So the question regularly gets asked: why not change the name? Some lawmakers are trying to do just that this session. “Similar proposals fell flat in 2005, 2009, 2011 and 2013,” Jim Malewitz wrote, “victims of a mix of nostalgia and concerns about unintended consequences.” The proposed name this time around: the Texas Energy Commission. We get the nostalgia; here’s Dolly Parton and a passel of crack bluegrass players wailing on “Train, Train.”

A lot more folks get around in cars these days — so much so that people can hardly get anywhere at all in many Texas cities. One solution: self-driving cars, which in theory would make better better choices than human drivers, greatly reducing gridlock. To both promote their development and put some minimum safety requirements in place, state Sen. Rodney Ellis, D-Houston, put forward a bill that both Google (a major player in the technology) and an automobile manufacturer’s association came out against. Google wouldn’t say why, but the association said, “The concern is by putting pen to paper you actually could prematurely limit some of those types of developments.” Here’s Lightnin’ Hopkins’ “Automobile Blues.”

On Thursday, we got word we’d been recognized by the 2015 Regional Edward R. Murrow Awards, winning in four categories: Overall Excellence, Best Website, Use of Video and Video Investigative Reporting. For us, and all the other winners in our region and across the country, it’s on to consideration for the national awards, but we thought we’d close out this week’s playlist with a mini set around the work that earned us the honors.

“Overall Excellence” is a testament to every single one of the fifty-odd people that work at the Tribune, but around here it’s never “look what we did,” it’s “now what,” so here’s Lou Donaldson’s “Aw, Shucks.”

“Best Website” feels more like a challenge than an accolade, so here’s Patty Griffin’s affecting reading of “The Best Is Yet To Come.”

“Use of Video” was awarded for a multimedia series we did last year called The Shale Life, which traced the effects of the unprecedented boom in drilling activity around the state. In this video, a third-generation agricultural pilot talks about the profound changes he’s seen and wonders if his son will be able to carry on. Listen to Johnny Cash and Fiona Apple covering Cat Steven’s “Father and Son.”

Finally, our Hurting For Work series was also honored. Almost a year in the reporting, the series examined Texas’ flawed and entirely voluntary workers compensation system, so we close with Norah Jones singing “Broken.”