For our first University of Texas/Texas Tribune poll of 2015, we surveyed Texans’ attitudes on a variety of topics ranging from 2016 presidential favorites to attitudes towards vaccinations. Wisconsin Governor Scott Walker made a surprisingly strong showing, emerging in a statistical tie with Senator Ted Cruz. Not so surprising: Hillary Clinton is flying high with Democrats.

With so many hopefuls (many with deep Texas ties) entering the fray, we’ve stepped up our own 2016 coverage, adding two reporters to the political beat, so we’re kicking off our playlist of the week’s news with two songs: George Jones singing “The Race Is On” and Marvin Gaye’s “Flyin’ High (In The Friendly Sky).”

Tuesday also saw Leticia Van de Putte’s last day as a state lawmaker. After 24 years in the Legislature — 16 in the Senate — Van de Putte is in the running for mayor of San Antonio. Her fellow Senator Judith Zaffirini, D-Laredo, called her “everybody’s mama,” which had us humming Magic Sam’s “Mama, Mama, Talk to Your Daughter.”

Another San Antonio state Senator was in the news that day: Republican Donna Campbell, who faced some skepticism from fellow lawmakers about her bill to protect the Alamo from foreign control — particularly the United Nations, in the form of UNESCO, which has listed the famous mission on its registry of World Heritage sites. We turned to Marty Robbins singing “The Ballad of the Alamo.”

Reporter Aman Batheja, who both keeps a keen eye on the state’s budget and covers transportation for the Tribune, had a story from each beat on Wednesday. First up, Batheja wrote about tax cuts, promised this session by elected officials from Gov. Greg Abbott on down. Some lawmakers are determined to make this round something taxpayers can feel. After the story went up, Batheja tweeted out,

Apologies to Tribune DJ @ATXjj but my story today already has a song to go with it #txlege http://t.co/zkvjUgEV81 https://t.co/HsZEF006QT

Later, Batheja offered another story, this one about a proposed bullet train connecting Houston and Dallas. It’s getting some pushback from local leaders along its proposed route, and they’ve got an ally in state Rep. Will Metcalf, R-Conroe, who filed a bill, that, if passed, would likely kill the project before a single foot of track is laid. The story was headlined “Lawmaker's Bill a Silver Bullet to Stop Train,” which brought to mind the Golden Palominos performing “Silver Bullet.”

The UN showed up in Texas news again Thursday when two Republican state lawmakers filed identical bills in the House and Senate aimed at shutting down Agenda 21, which offers guidelines for preserving open spaces and limiting urban sprawl. We remembered the middle movement from Mozart’s Piano Concerto #21, long associated with the Swedish film Elvira Madigan, performed here with Jonathan Biss at the piano.

On Friday, we went on the road to the University of Texas at Brownsville for a noontime discussion entitled “Immigration: The Next Five Years.” Tribune CEO and Editor-in-Chief Evan Smith moderated — you can see the conversation here — but we remembered a recent tweet from Smith:

Friday and Saturday saw two related stories from Jay Root and Neena Satija. On Friday, Texas’ new Agriculture Commissioner Sid Miller said that due to budget cuts, a wide range of regulatory duties that fall to his agency — like testing the accuracy of the gas pumps you use to fill your car — aren’t getting done, and that consumers are getting “screwed.” On Saturday, Root and Satija took a wider look, and found numerous examples of state agencies and institutions in terrible shape. Rat and varmint urine, blankets covering walls to mute the sound of people going to the bathroom, rabies shots and broken fire alarms — it’s a long and grisly list of buildings and services “Falling Apart,” so Papa Roach seemed like the right choice on a couple of levels.

Finally, every organization, large or small, had better see to its infrastructure or suffer the consequences. For four years, technological polymath Chris Chang has been the guy in the engine room at the Tribune making sure everything works and figuring out what to do when it doesn’t. He’s now embarked on a new adventure, and we’ll miss him. Chang is also a baker, a calligrapher and an ice cream maker, so for his send-off we brought in enough ice cream to brain freeze the whole staff. Closing out this week’s playlist: John Brim performing “Ice Cream Man.” Enjoy! 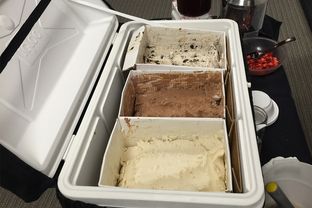 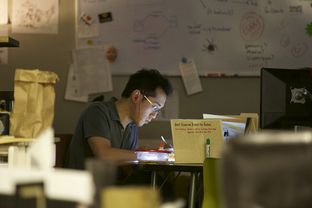