Today's the day more than 40,000 young undocumented immigrants are thrust into the unknown as they submit renewal applications for an Obama-era program that's kept them in the country for years. Here's what you need to know:

• The deadline today only applies to DACA recipients, or Dreamers, who have benefits that expire March 5. While folks who fit that window for a renewal will be clear for another two years after they're approved, tens of thousands are still outside of that — and they're on track to be out of luck as soon as their DACA expires.

• Since DACA's launch, more than 800,000 recipients have benefited from it — and countless personal stories have been told. Five Dreamers from Texas told you in their own words what it would mean to lose DACA last week. Recipients in Austin and other places are holding their breath as they hope for a new path that will allow them to stay and work here. We still want to hear from you. Are you a Dreamer? An activist? Neither? Tell us all about it.

• All eyes are on Congress over the next five months. Ever since Democrats first announced they cut a deal with President Donald Trump on a path forward for the program, Washington has been sending mixed signals on DACA. But talks are still happening, and some are expecting a Trump-approved proposal to hit lawmakers' desks as early as sometime this week.

• Two Texas Republicans in Congress have opened the door to placing a federal ban on "bump stocks" — a type of gun attachment the gunman responsible for killing 58 and injuring more than 500 people in Las Vegas earlier this week used. We have started polling the Texas delegation on the issue. Expect updates to our post here as more responses trickle in.

• Charter schools in Texas will receive funding from the state to help pay for buildings and facilities. Advocates are pumped — and critics aren't exactly thrilled.

• Gov. Greg Abbott and state Rep. Eric Johnson will meet Oct. 27 to talk about Confederate statues at the Capitol.

• The chancellor of the University of North Texas System is retiring on Friday, and he has a lot to say about higher education and politics.

• Lend us a hand in paying for flood control projects, is the short version of what Harris County officials told state lawmakers on Wednesday. But to that point, Texans shouldn't expect federal funds to cover all the damage after Harvey.

• The trial against Texas Attorney General Ken Paxton's securities fraud case has been delayed now for a third time.

• A U.S. House panel approved a bill that would put $10 billion toward a proposed border wall. Some Democrats found a couple ways to mock it during a committee hearing.

• All five former living presidents are headed to Texas A&M later this month for a hurricane relief event.

• A county in East Texas is suing a slew of drug companies that they say fueled the nation's opioid crisis.

Join us in Victoria for a conversation on Hurricane Harvey and the Texas Gulf Coast with the mayors of Port Aransas, Victoria, Port Lavaca and Rockport on Oct. 17.

• A doctor who practiced in Waco has been tapped as acting secretary of the U.S. Department of Health and Human Services. (Waco Tribune-Herald)

• Ride-hailing companies are making their way out to West Texas, like the 6,000-person town of Alpine. (Marfa Public Radio)

• Folks in Harvey-hit areas are now getting respiratory problems. (The Houston Chronicle $) 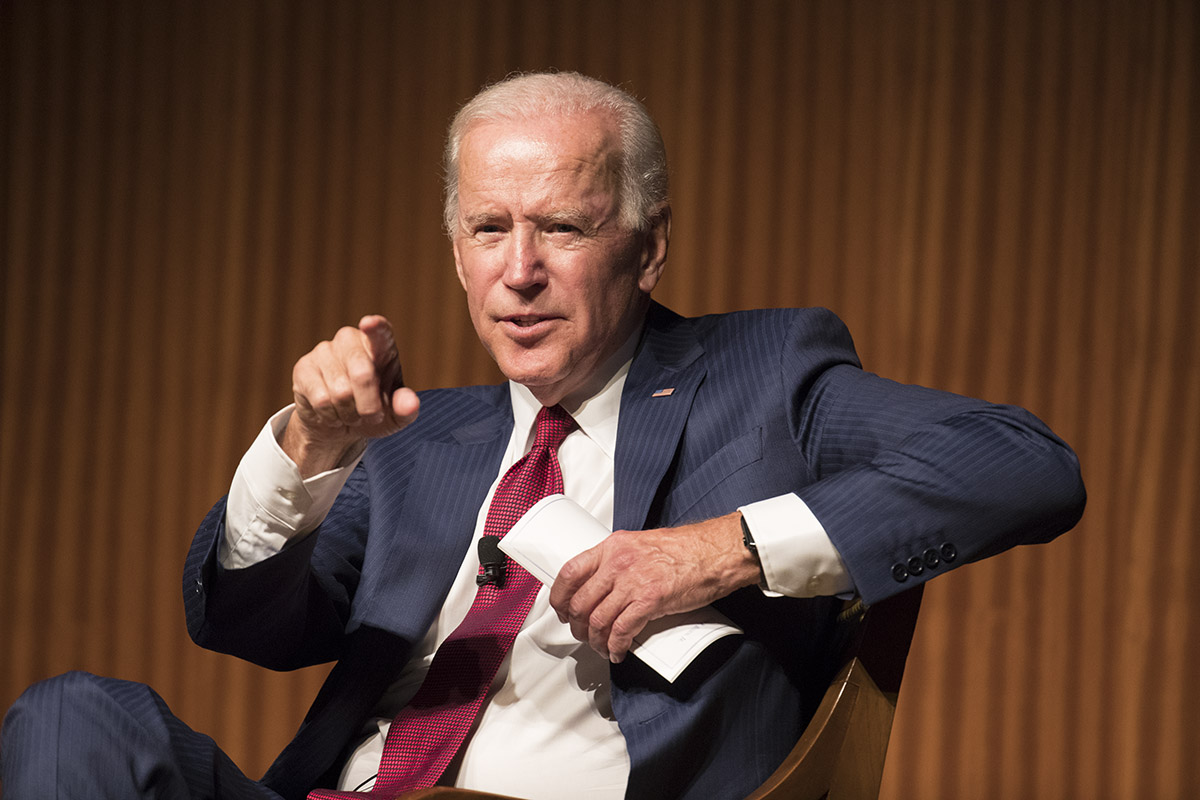 Former Vice President Joe Biden speaks to an overflow crowd at the LBJ Library during the Tom Johnson Lecture series on Oct. 3, 2017. Photo by Bob Daemmrich for The Texas Tribune. See more photos on our Instagram account.

"There's something grossly inequitable about that."

— Guy Sconzo, executive director of the Fast Growth Schools Coalition, on the Texas Legislature granting 5 million students in school districts the same amount of funding for facilities as the 300,000 in charter schools.