Over Chinese take-out and chocolate pie last night, Democratic leaders and President Donald Trump reportedly discussed a possible deal to protect young immigrants in the United States. But Trump quickly pushed back Thursday morning with claims that a deal had never been reached. Here's what you need to know:

• In a series of early morning tweets, the president said the wall would continue being built. Trump also expressed sympathy for young people who were the recipients of an Obama-era immigration program — DACA. "Does anybody really want to throw out good, educated and accomplished young people who have jobs, some serving in the military?" Trump tweeted. "They have been in our country for many years through no fault of their own - brought in by parents at young age."

• Just two weeks ago, and under mounting pressure from Republicans — including the state of Texas — the Trump administration announced that the Obama-era program would phase out over six months. For some perspective, DACA has given around 690,000 younger immigrants a two-year work permit and protection to work and go to school — and in Texas, around 124,000 people have benefitted from the program. After Trump said DACA was ending, he made clear to Congress he wanted them to figure out a solution that protected those recipients. It's still unclear what will replace DACA once its curtains close.

• Does this sound familiar? Think back to last week, when Trump sided with Democrats in a deal that tied Hurricane Harvey relief funding to raising the debt ceiling, along with a few other pressing fiscal issues. These negotiations over DACA carry a similar tune — but any final deal would still need the GOP's backing, and they are already wary from last week's happening.

• Texas Tribune CEO Evan Smith is talking with Phillip Huffines, chairman of the Dallas County Republican Party and candidate for Texas Senate District 8, at The Austin Club this morning. Join us at 8 a.m., or watch a livestream here.

• Incomes in the state are continuing to rise — but Texans of color are still seeing a gap, per new census estimates.

• Compassionate Cultivation will soon start selling cannabis oil to people with intractable epilepsy. But that's only if everything goes according to plan.

• Anti-cyberbullying activists in Texas wanted a law with "teeth." Looks like they may have gotten one.

• Texas congressmen Ted Cruz and Kevin Brady want to overhaul the tax code. Another one, Vicente Gonzalez, raised questions after DACA recipients were detained at a checkpoint.

• State lawmakers and civil rights leaders are joining the "Not In My State" campaign against anti-Latino policies. (The Austin American-Statesman $)

• Faith and resilience are lining the streets in Beaumont. (Texas Standard) 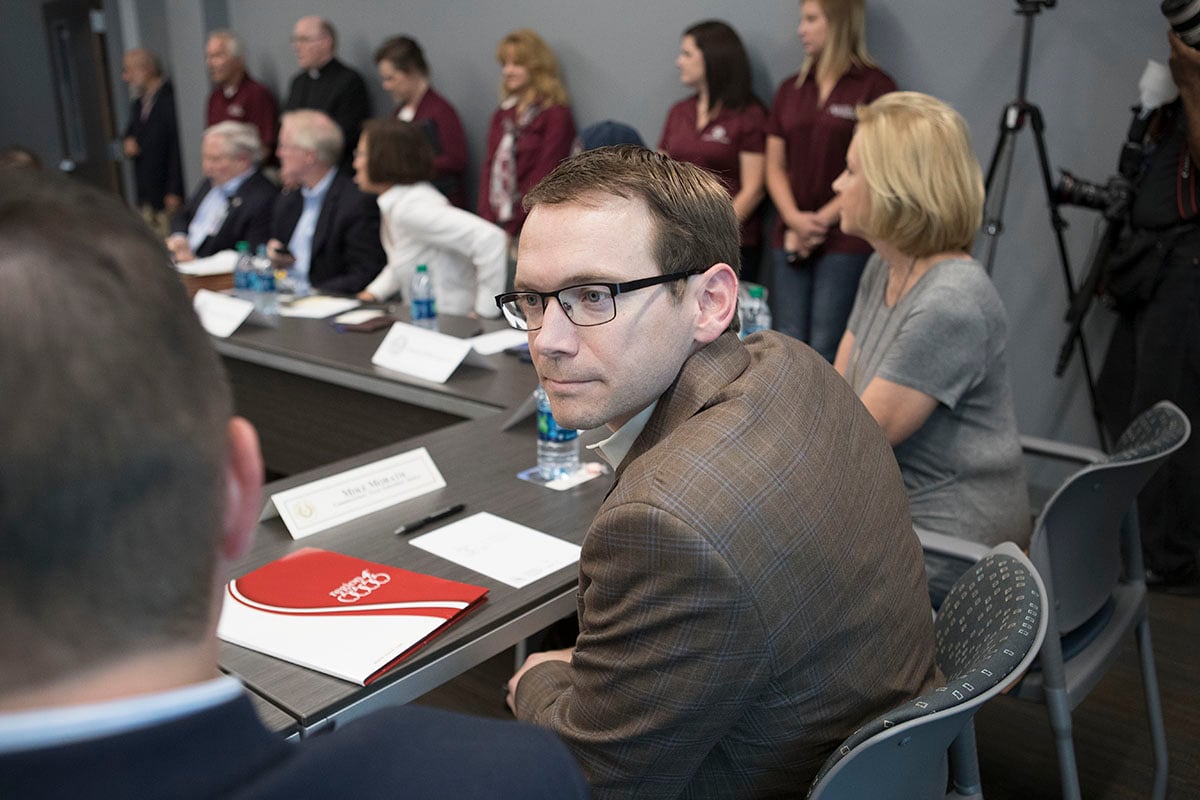 "This is where everything starts. Both for us and for the people with intractable epilepsy who need this medication."