Texans remain concerned about economic issues nationally, and about immigration and border issues in their home state, according to the latest University of Texas/Texas Tribune Poll.

“There just was not a ton of movement in people’s general sense of things,” said Jim Henson, director of the Texas Politics Project at the University of Texas at Austin and the poll’s co-director. “That makes sense — it has been a slow recovery, and there is a lot of partisan structure in the answers.”

Concern about political corruption and leadership was in third place on both lists, boosted by self-identified Republicans on the national list and by self-identified Democrats on the state tally. The top three items on the national list accounted for about a third of all respondents; on the state list, 45 percent listed one of those top three items as the most important problem.

“Border security and immigration is a constant, and everything else comes up as a matter of context,” said Daron Shaw, a professor of government at UT-Austin and co-director of the poll. He said recent news of shootings and violence involving police hasn’t lifted race relations or gun violence up on Texas voters’ list of pressing problems.

“Those incidents might drive ratings for CNN, but they don’t seem to move people’s perception of the most important problems,” he said.

As in earlier UT/TT Polls, Texas voters are happier with the direction of the state than the country. 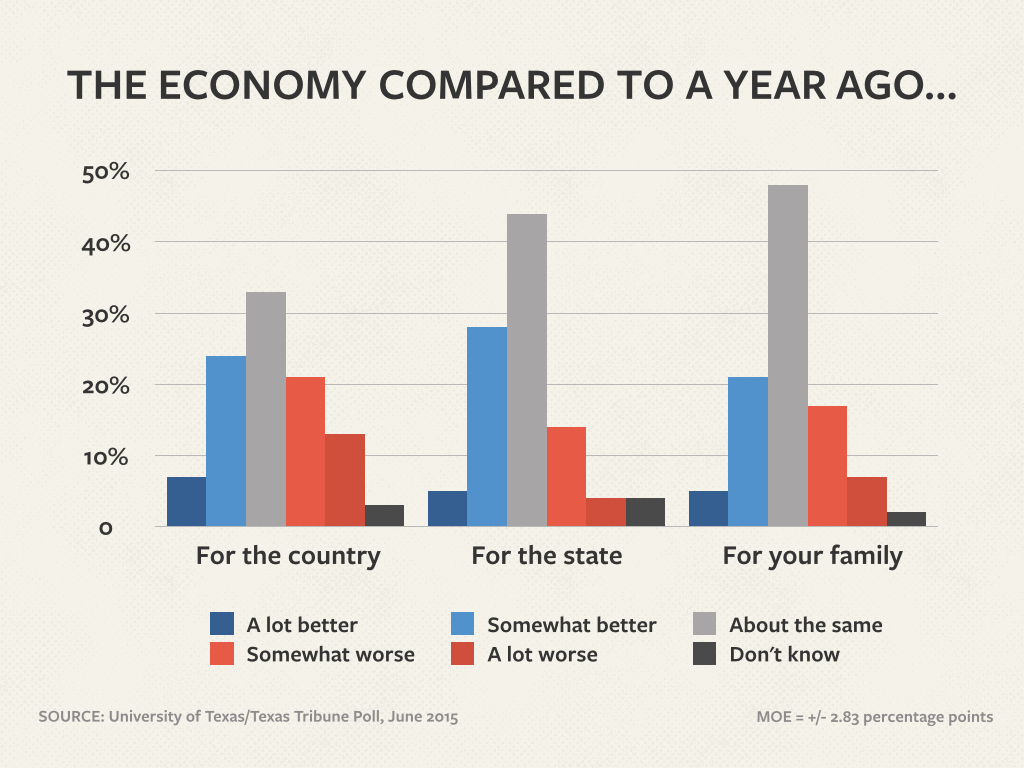 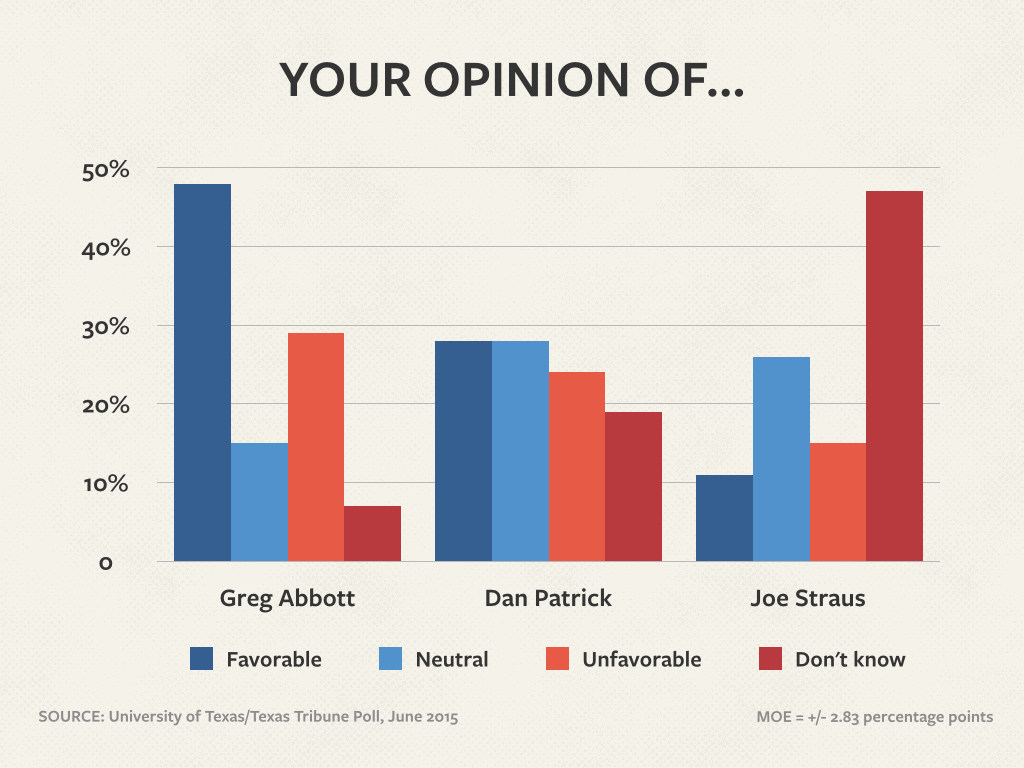 Lt. Gov. Dan Patrick fell in between, with 28 percent saying they have a favorable opinion of him and 24 percent holding a negative one. About one in four have a neutral opinion, and only 19 percent said they had no opinion at all.

“Abbott is remarkably consistent in building his support,” Henson said. “If you were to look, he has consistently risen in the public’s estimation as he has become more well known, especially in such a polarized state. Dan Patrick has been static. He cut more of a statewide public figure, but as more Democrats get to know him, they have a predictable response. Joe Straus continues to look like a speaker of the House; the number of people who have an opinion of him is very small and has not moved very much.”

“Abbott faced no real negative consequences for shepherding the session,” Shaw said. “There does seem to be a little bit of a honeymoon. The unfavorables? That’s the Democrats’ base. It’s the 15 percent in the middle (those with neutral opinions) you have to keep happy.”

The Legislature as a whole didn’t do as well as those two statewide elected leaders did, getting favorable marks from 42 percent of voters and unfavorable ones from 30 percent. Texas lawmakers came out better than their federal counterparts, however: Only 15 percent of voters approve of Congress, while 62 percent disapprove.

This is one of several stories on the latest University of Texas/Texas Tribune Poll. Previously: The presidential primaries. Also today: Guns and discrimination. Tomorrow: Social issues.