Many groups face discrimination in the U.S., Texas voters say, but they don’t always agree on who faces it most, according to the latest University of Texas/Texas Tribune Poll.

And in the wake of months of gun violence, Texans remain supportive of looser restrictions on where and when people can carry handguns in the state, the poll found.

Transgender people, Muslims, gays and lesbians, and African-Americans — in that order — face the most discrimination, Texas voters say. They’re followed, in order, by Hispanics, women, Christians, Asians, whites and men.

But the differences from one group of respondents to another were very different.

“There is an enormous divide here,” said Daron Shaw, co-director of the poll and a government professor at the University of Texas at Austin.

“These results confirm what we see in the headlines around race and policing, affirmative action, around gay marriage — that there is a real difference in perception about discrimination,” said Jim Henson, co-director of the poll and head of the Texas Politics Project at UT-Austin. “It’s related to political ideology and political partisanship.”

More than half of respondents — 52 percent — said Christians face discrimination, a view shared by 68 percent of Republicans and only 30 percent of Democrats, by 60 percent of registered voters over 65 years of age and only 39 percent of voters under 30.

Rural voters (55 percent) and Tea Party Republicans (62 percent) said that white people are discriminated against in the U.S. Only 40 percent of all voters thought so. 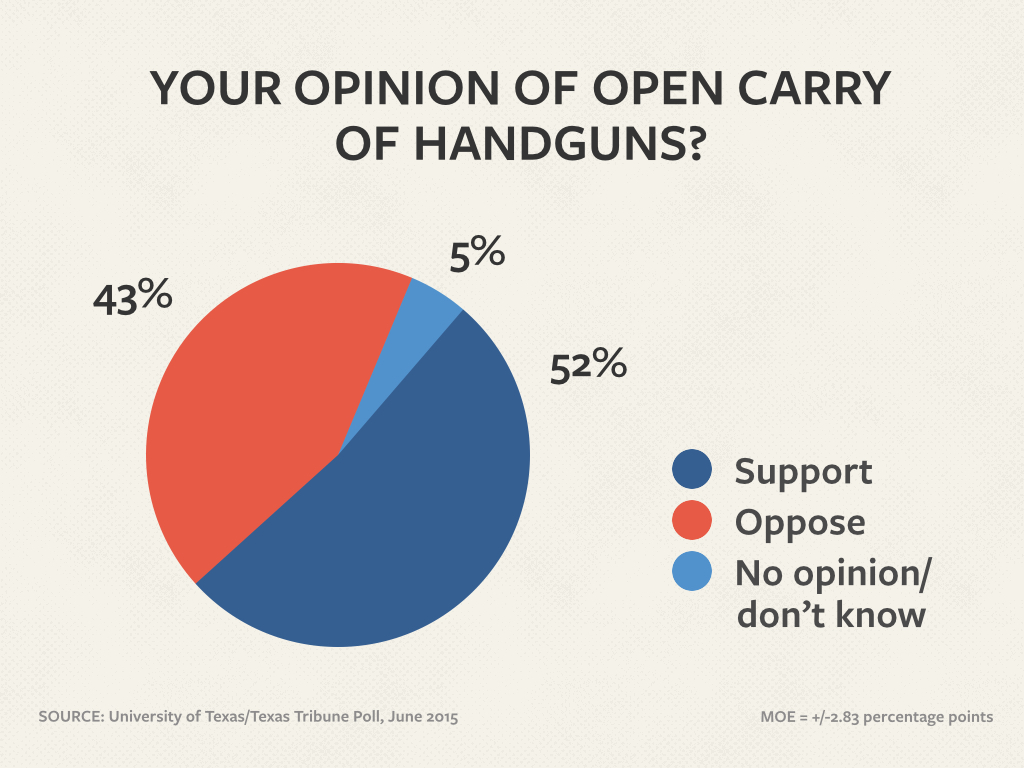 “It certainly looks different on the other side of the aisle,” he added. “Among Democrats, three groups are indistinguishable in the numbers: African-Americans, gays and lesbians, and Muslims. It’s a strikingly different view of the world depending on what political ideology and party you’re looking at.”

“This strikes me as being one of those issues where people assume that it is Republicans in particular who are carrying water for this, that they are extremists,” Shaw said of Democrats and other opponents of the policy. “But the people who are being alienated by their position are just not supporters of theirs.” For those Republican politicians, he said, “Where’s the big downside?” 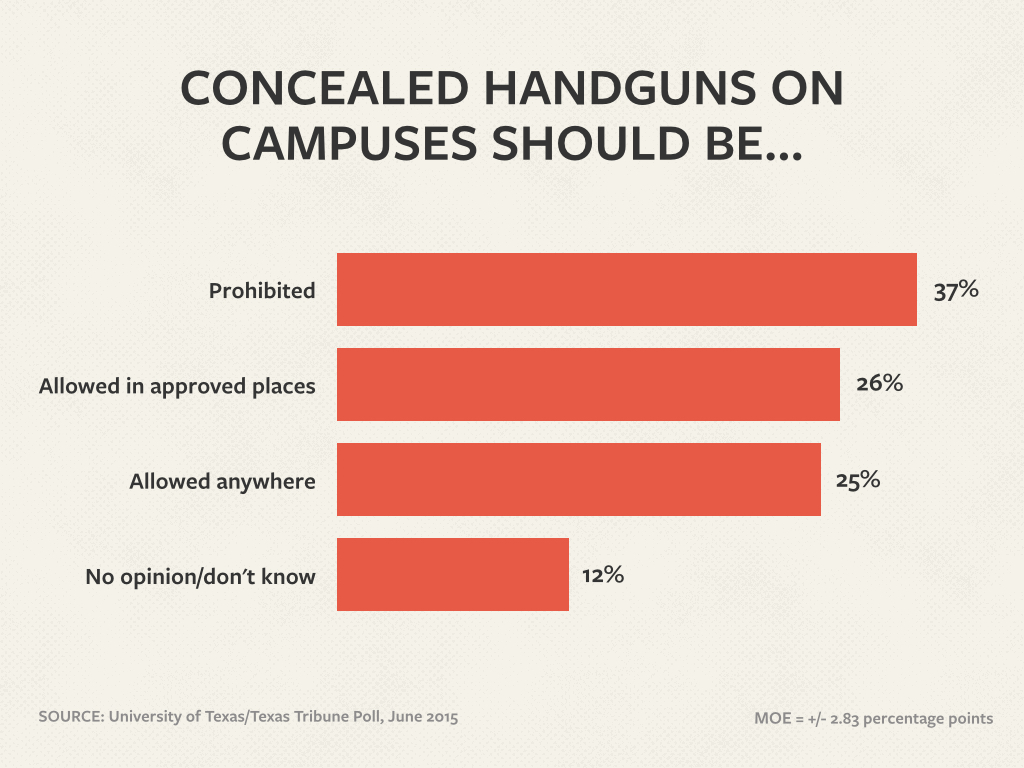 Lawmakers also decided to allow concealed handguns on state college and university campuses, so long as the people carrying them are licensed. They also decided the schools should be able to prohibit handguns in some buildings and areas on their campuses.

That policy appears to fit nicely with voter opinion. While 37 percent of voters are against campus carry, 25 percent would allow handguns anywhere on campus, and another 26 percent would allow it if the schools could determine whether they should be allowed.

“You have a good chunk of support for the solution that was arrived at, where campuses have a lot of influence over how this is implemented,” Henson said. “Democrats are pretty much against it. The real split is among Republicans. And like so many things, once you crack open the Republicans, the core support is among Tea Party Republicans.”

This is one of several stories on the latest University of Texas/Texas Tribune Poll. Previously: The presidential primaries. Also today: The mood of the state. Tomorrow: Social issues.