Registered Texas voters narrowly oppose same-sex marriage, but a large majority is open to allowing either marriage or civil unions to gays and lesbians, according to the latest University of Texas/Texas Tribune Poll. 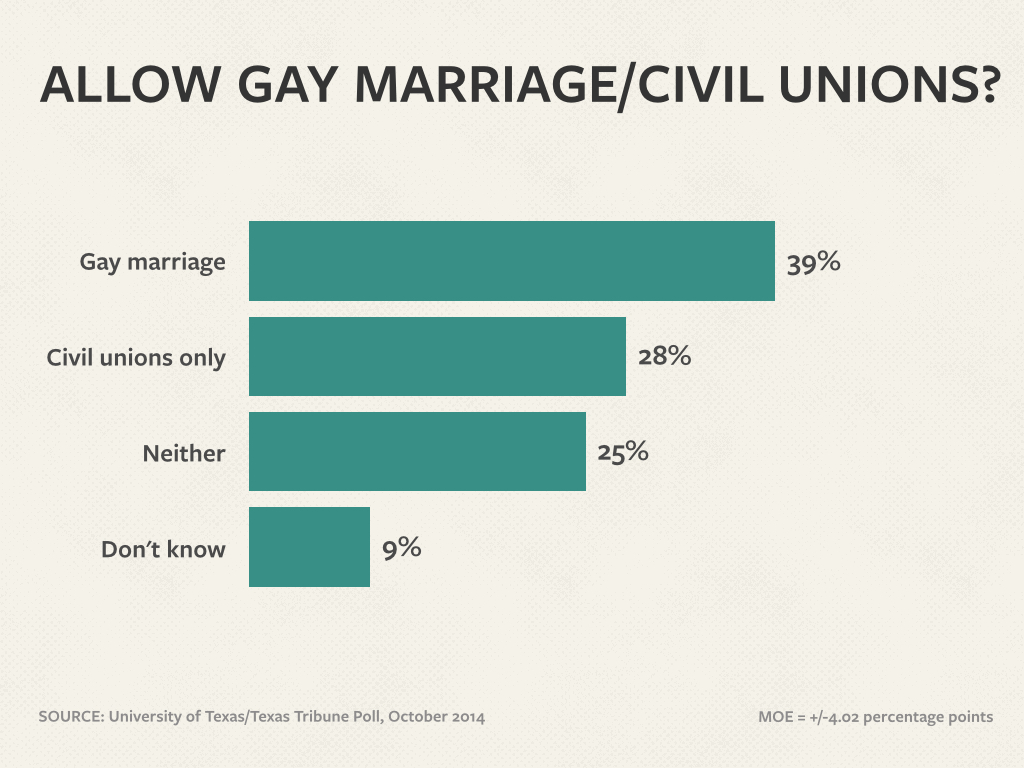 “The culture war is a lot more complex than you think,” said Daron Shaw, co-director of the poll and a professor of government at the University of Texas at Austin. “It’s not like people have said everything should be Amsterdam. The way in which you execute it does matter. What you really find is that people are subtle. They appreciate conditions and context.”

Partisan differences show up in the poll responses. A strong majority of Democrats — 62 percent — would allow gay marriages, even with the alternative of civil unions available. Only 14 percent of Republicans would do that, but another 45 percent would allow civil unions. Voters who identify themselves as independents were closer to the Democrats on this question, with 53 percent approving of gay marriage and another 20 percent in favor of the civil unions option.

A majority of Texas registered voters would allow pregnant women to obtain abortions under certain circumstances: if the pregnancy endangers the mother’s health, if the pregnancy results from rape or incest, or if there is a strong chance of a serious defect in the baby. 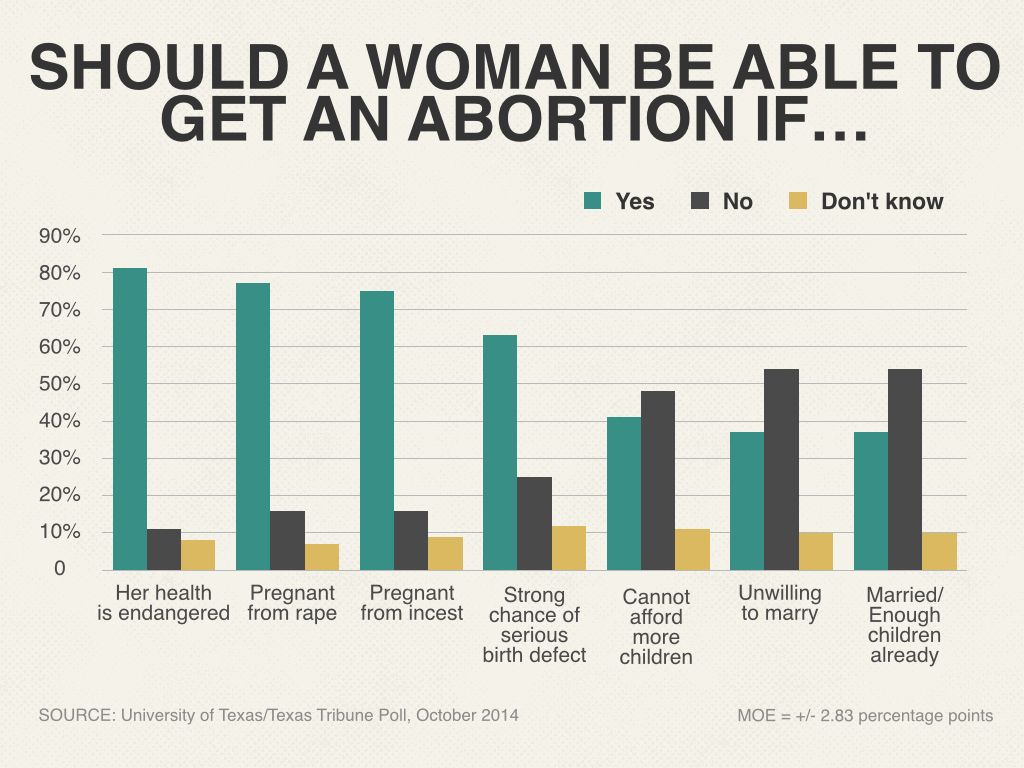 "These results suggest that most Texans, by a signifiant margin, want abortion to be an option for women facing crises like rape, incest and life-threatening circumstance related to a pregnancy," said Jim Henson, co-director of the poll and head of the Texas Politics Project at UT-Austin. "But opinion becomes much more divided, largely on a partisan basis, when the question turns to women exercising choices related to their life circumstances."

Majorities for the first three exceptions — the mother’s health, rape and incest — cross party lines. Democrats and independents would allow abortions when there is a strong suspicion of birth defects, but only 46 percent of Republicans would allow that. And while a majority of Democrats would permit pregnant women to have abortions in any of the circumstances in the poll, most Republicans and independents say they would not allow it in cases where the family cannot afford another child, when the mother does not want to marry or when a married woman does not want more children. In those three cases, a gender gap appears that is not evident in the other cases — women are more likely than men to say abortions should be allowed in those cases.

This is one of several stories on the latest University of Texas/Texas Tribune Poll. Thursday: Texans’ views on the governor’s race. Friday: Texans on the 2016 presidential primaries. Monday: Transportation and the economy. Tuesday: Texans on voter ID, immigration, the governor’s indictment and the Tea Party.