We asked our insiders this week about Texas Monthly's forthcoming list of the Ten Best and Ten Worst Legislators — perhaps the most talked-about and eagerly anticipated media pronouncement in the state in any odd-numbered year.

The magazine's senior executive editor, Paul Burka, and senior editor Nate Blakeslee have put the finishing touches on the list, which will be released via the @texasmonthly Twitter feed Wednesday morning. But before they have their say, we wanted to know which members deserved to be Bests and which deserved to be Worsts. We were also curious about which first-term members were worthy of Rookie of the Year honors. And we wondered how the leadership should be treated: Do Speaker Joe Straus, Lt. Gov. David Dewhurst and Gov. Rick Perry deserve to be included as Bests or Worsts?

Lucky for us, our insiders were in agreement on their picks for both lists. Interestingly, in one celebrated case, they put the same member on both the Best and Worst lists. 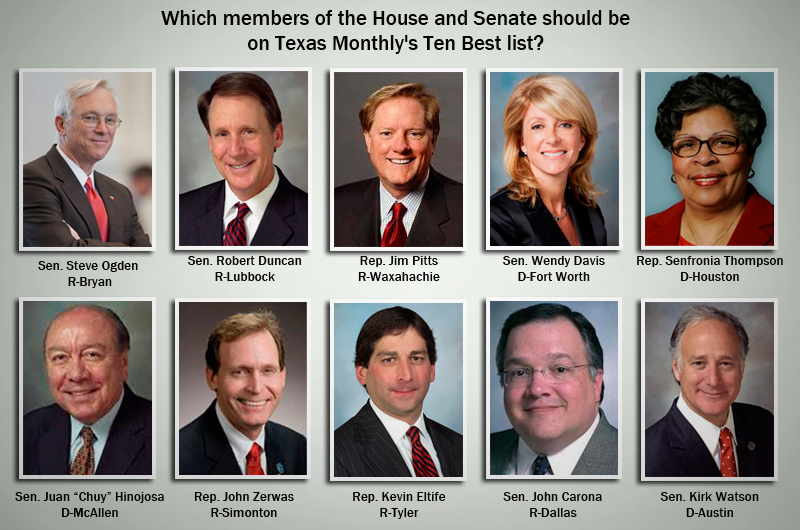 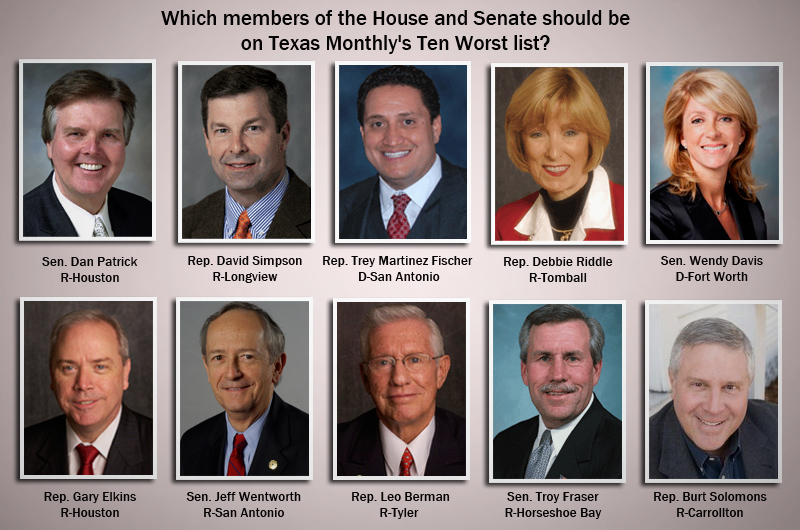 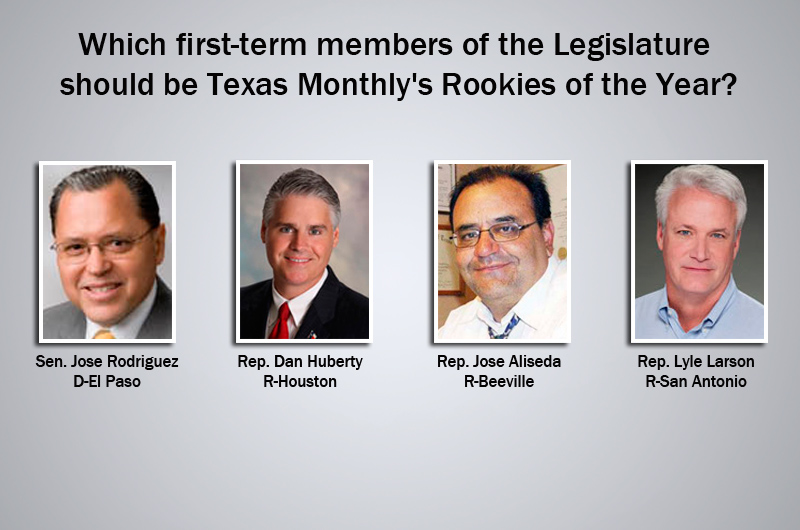 As for the leadership? Well, our insiders can't say they weren't, um, candid. The full set of verbatim answers is attached, but here's a sampling:

"Dewhurst and Perry belong on the Worst because they let their political ambitions supercede what is best for Texas in not using the Rainy Day Fund. I wouldn't put Straus on either list because he was in a tough spot given the dynamics of the House."

"All three are on the Best List. Balancing a budget without a tax when there is a $27 billion projected shortfall is unprecedented. No other state in nation could do it."

"Worst: Straus. Allowing House to be tied up in knots over Points of Order. Worst: Dewhurst. Erosion of 2/3rds rule. Best: Perry. You can't deny his power and influence over the direction this state is taking."

"Worst for all three. Total lack of leadership on issues that mattered. No cajones."

"Leadership should be judged by the members, not TM."