Texas House Speaker Joe Straus shocked Capitol observers Wednesday morning when he announced he would not seek re-election to his House seat in 2018. So what does that mean for the future of Texas politics? Here's what you need to know:

• Was this even expected? Straus, whom many call the most powerful moderate Republican in the Capitol, had previously insisted he would be running for a sixth term as speaker. But in an interview with the Tribune's Alana Rocha after his announcement, Straus said that upon reflecting with family and friends, he decided "there's a time that every leader needs to know that it's time to do something else, to move on ... and to be able to do it on your own terms is, I think, important — and I'm proud of that."

• This could scramble Texas politics for years. With Straus exiting the scene, as Ross Ramsey wrote in his column after the news broke, expect a shift in the intra-GOP battle between pro-business and socially conservative lawmakers. Moderate Republicans and Democrats are wondering if Straus' departure will open the floodgates to more legislation that they say could damage Texas' business climate. Others, such as members of the conservative House Freedom Caucus, are celebrating the news: "It's morning in Texas again!" tweeted state Rep. Matt Schaefer, the caucus' chairman.

• A powerful House chairman is retiring, too. Shortly after Straus' announcement, state Rep. Byron Cook — a Corsicana Republican and one of Straus' closest allies — said he, too, was on his way out. Other members of House leadership, such as state Reps. Charlie Geren, R-Fort Worth, and Sarah Davis, R-West University Place, reminded everyone they are still planning to run for re-election in 2018.

• Who's next? State Rep. Phil King, R-Weatherford, was already running for speaker before Wednesday's news, but within hours, several more threw their hats in the ring. State Rep. John Zerwas, R-Richmond, a Straus ally, announced he had filed paperwork to run. State Rep. Eric Johnson, D-Dallas, said he was exploring a campaign soon after that. The next legislative session doesn't start until January 2019, but expect more names to come up in the coming months.

• Dozens of minors in jail or on probation lost everything after Hurricane Harvey. A local nonprofit is now expanding to help them.

• We talked about the pivotal Straus news on this week's TribCast.

• An undocumented teen's month-long battle to get an abortion finally ended Wednesday morning when she had the procedure.

• U.S. Rep. Kevin Brady of Texas is the House GOP's head guy on tax reform — and he is working on one of the hardest assignments of his career. (Politico)

• Waco ISD has 90 days to figure out how to save five of its struggling campuses. (Waco Tribune-Herald)

• A multibillion-dollar chemicals and plastics plant is being planned along the Gulf Coast. (The Houston Chronicle $) 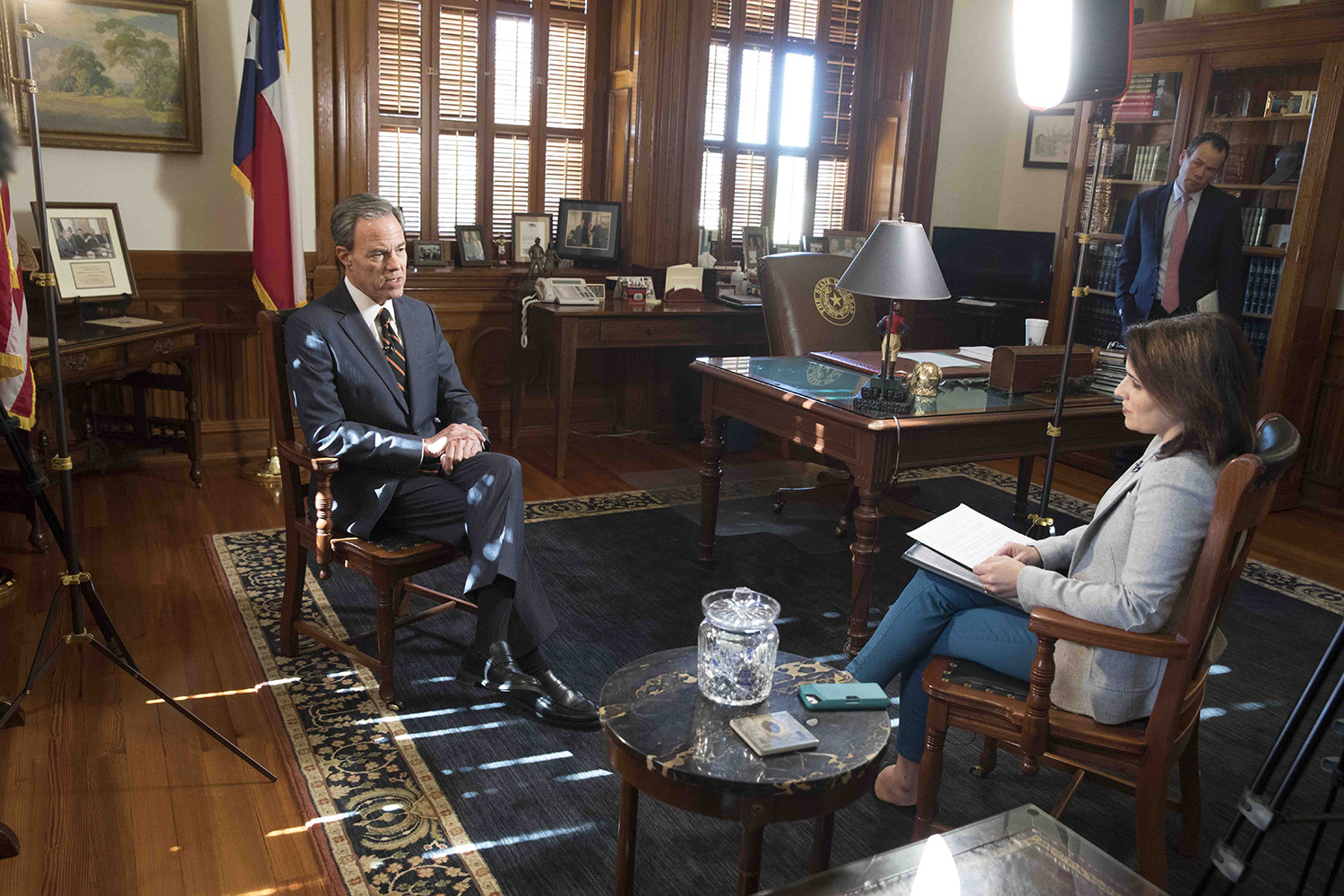 Texas House Speaker Joe Straus sits down for a conversation with Texas Tribune reporter Alana Rocha hours after announcing he would not be running for re-election in 2018. Photo by Bob Daemmrich. See more photos on our Instagram account.

"This is my life, my decision."

— Jane Doe, as she's referred to in court filings, in a relayed statement after her abortion Wednesday morning.