Where do Texas voters stand on deporting Dreamers, removing Confederate statues and stricter gun control laws, according to the latest round of University of Texas/ Texas Tribune polling? Here's what you need to know:

• Most voters in Texas oppose deporting "Dreamers" — young undocumented immigrants who have been granted relief from deportation under an Obama-era immigration program. Around 124,000 in Texas have benefitted under the Deferred Action for Childhood for Arrivals program, and their fate appears to be up in the air as D.C. engages in a political back-and-forth over it. When it comes to ending DACA, 30 percent of Texans back the move, while 60 percent want to continue it.

• Most also oppose removing Confederate memorials or placing them in museums. The conversation over what to do with Confederate symbols and monuments has been churning in the state for months, and some lawmakers have recently made efforts to remove a few from Capitol grounds. As that's panning out, 22 percent of voters think monuments should be left in place but with added historical context, while 34 percent think they should stay as is. The racial divide on this is sharp: 60 percent of black voters in Texas back removing or relocating the symbols, while 64 percent of white voters and 53 percent of Hispanic ones support leaving them in place.

• They're split on whether the U.S. would be safer if more people carried guns. The issue — like many — falls along party lines: 66 percent of Republicans think the nation would be safer if more people carried guns, while 75 percent of Democrats believe the opposite. As for the "bathroom bill" — a measure regulating restroom use for transgender Texans — a bit more than half of Texas voters give it little importance, while around 43 percent think the measure is "very" or "somewhat important." Jim Henson, co-director of the poll and head of the Texas Politics Project at UT-Austin, puts it like this: "Bathrooms has kind of fallen off the radar."

Do you think Confederate monuments should be left in place? Tell us with #MyTexasTake on Twitter and Facebook.

• Texas Tribune CEO Evan Smith is talking with state Sen. Brandon Creighton, R-Conroe, and state Rep. Tom Oliverson, R-Cypress, in The Woodlands today. You can watch a livestream here at noon. We will also have a recap post highlighting what you may have missed from the conversation after the event concludes.

• Early voting for the Nov. 7 election starts today. Read our revamped Texplainer about the seven constitutional amendments on the ballot and revisit Ross Ramsey's column on what happens during elections when voters in the state aren't engaged. The Texas Secretary of State's office has information on what to bring to the voting booth — and even a special pointer on voter ID for Hurricane Harvey evacuees.

• Is the 2018 primary election season going to be bruising for the Texas GOP? Party leaders aren't taking any chances.

• U.S. Attorney General Jeff Sessions talked about immigration policies under the Trump administration while in Austin on Friday.

• All five living former presidents were in College Station over the weekend to raise money for victims of hurricanes Harvey, Maria and Irma.

• The sign-up period to apply for disaster food stamps ended Friday for Harvey victims in Houston.

• The feds are handing Texas an additional $57.8 million to handle long-term recovery efforts after the storm.

• Texas Attorney General Ken Paxton is now investigating debris removal companies who may be "overpromising and underdelivering" their post-storm cleanup services, after a request from Harvey recovery czar John Sharp.

Join us in Lubbock for a conversation with state GOP lawmakers from Lubbock — Sen. Charles Perry and Reps. Dustin Burrows and John Frullo — on Nov. 3.

• Waco ISD and the city's NAACP chapter are talking about six of the school district's struggling campuses tonight. (Waco Tribune-Herald)

• State Rep. Bobby Guerra, D-Mission, wants voters in McAllen to support two constitutional amendments on the November election ballot. Also, around half of Hidalgo County's 850 new voting machines are set to be ready for it. (The Monitor)

• Relief efforts in Victoria after Harvey didn't go so well, and the city's GoFundMe account has only collected around $7,000 of its $1 million goal so far. The storm has also prompted the city to consider improving its emergency communications. (Victoria Advocate)

• The Dallas Morning News ($) asks: Is U.S. Sen. John Cornyn an obstructionist, or a Harvey hero?

• Houston shed around 25,000 jobs after Harvey hit. But experts say that number is temporary, and they expect it to eventually bounce back. (The Houston Chronicle $)

• There's a new fight in Texas over the Alamo. (San Antonio Express-News $) 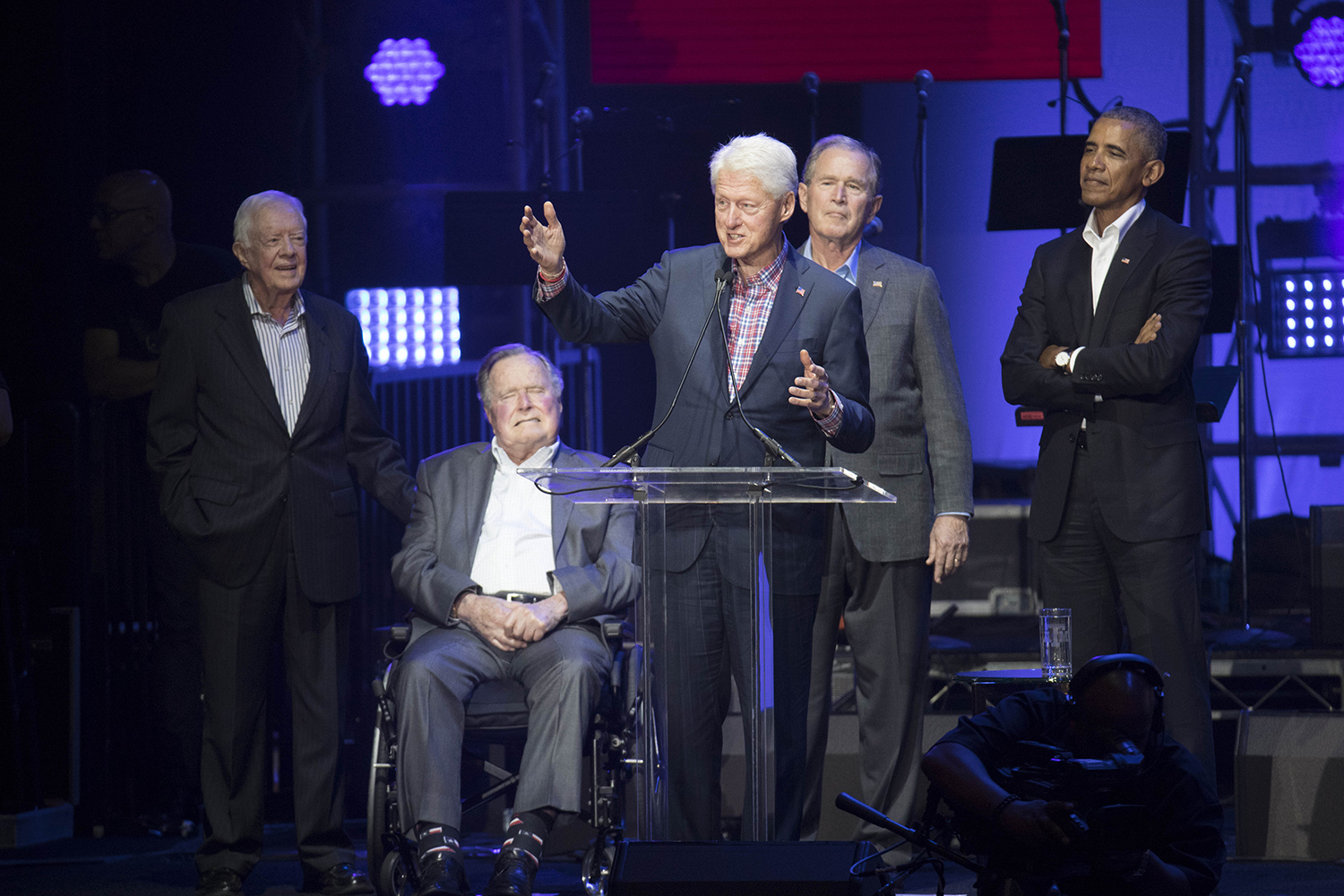 "We have Democrat challengers outraising some Republican incumbents, so they are serious. They are energized. We have a significant fight on our hands."