The Texas Legislature hits the halfway point today in a special session that's expected to take up most if not all of the 30 days it's allowed. While the Senate has passed 20 bills related to 18 items on Gov. Greg Abbott's agenda and the House has passed eight bills touching on four of his priorities, legislation has yet to hit the governor's desk. Here's what you need to know:

• There haven't been a ton of surprises so far. The Senate, headed by the conservative Lt. Gov. Dan Patrick, is championing a "pass 'em all" and "20 for 20" approach, while the House, led by the more moderate Speaker Joe Straus, is being more deliberate in mapping its own course. Both chambers, in one way or another, have patted themselves on the back for their intentional styles — and several themes that defined the 140-day regular session have seemingly stuck around the Capitol so far.

• Standstills on the "bathroom bill," property tax reform and more could be on the way. There's still a question mark over whether House leadership will bring the "bathroom bill" — controversial legislation regulating which restrooms transgender Texans can use — before the full chamber for a vote, but the House author of the bill said Monday he didn't plan on accepting tweaks from conservative colleagues if the measure landed on the floor. The Senate voted out its preferred version of the proposal last week, but neither chamber appears to have shifted its stance from May — Patrick champions it; Straus has made clear he opposes it. As for property tax reform, the House and Senate are closer on the issue than what they were a couple months ago — but that's not to say they're on the same page.

• The House on Monday also acted on four maternal mortality bills — unanimously approving them with little debate — and a committee later voted out a school finance reform bill. The Senate isn't meeting again until Thursday, and the House is set gavel in at 10 this morning.

• State Rep. Dawnna Dukes, the embattled Austin Democrat who was indicted on abuse-of-office charges earlier this year, has until the end of the day today to tell the Travis County District Attorney's Office whether she'll take their deal. The DA's office on Monday told Dukes it would drop corruption charges against her — but only if she resigned from her longtime post at the Texas Legislature and took a drug and alcohol test — and two Houston lawyers defending her have asked to withdraw from the case. Follow Texas Tribune reporter Alex Samuels, who will be tweeting updates as news comes in today.

• One year ago, people at public universities across the state could begin legally carrying a concealed handgun. Starting today, individuals at community colleges can do the same, too.

• A federal judge denied a request by ExxonMobil to reconsider a $20 million fine for spewing millions of unauthorized air pollution.

Join us for coffee and a conversation on property taxes with state Sens. Paul Bettencourt, R-Houston, and Kirk Watson, D-Austin, on Friday, Aug. 4.

Anthony Scaramucci's ouster may show that John Kelly has the rare ability to rein in Trump, The New Yorker

After city forced him to move, Dallas auto mechanic still fighting to get back to Ross Avenue, The Dallas Morning News ($) 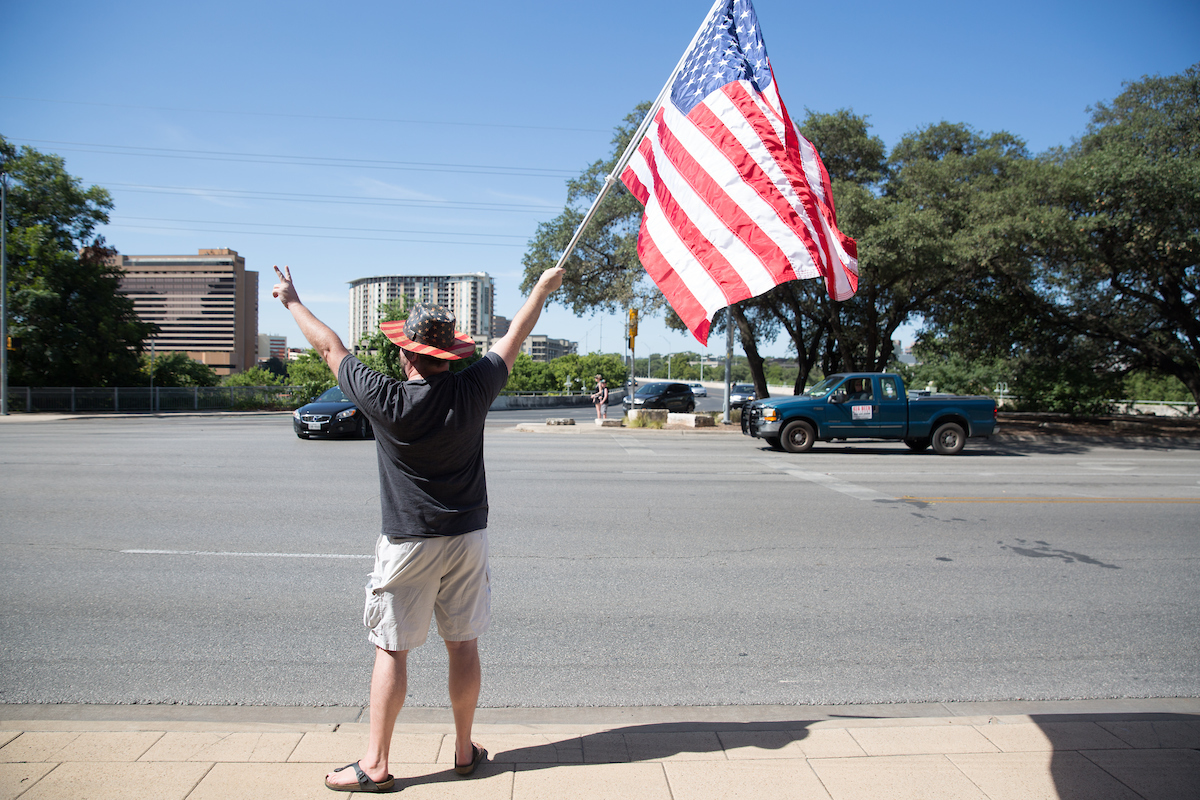 Texans gathered at Austin City Hall on July 29 to rally against GOP efforts to repeal the Affordable Care Act. Photo by Austin Price. See more photos on our Instagram account.

"I had no idea how dangerous these were."

— State Rep. Tony Tinderholt, R-Arlington, about a hoverboard accident that left him with a broken wrist.