Analysis: Can Abbott assemble an army for this session’s pre-K fight?
Gov. Greg Abbott has hit tough sledding with his call for more spending on early education in Texas. Lawmakers aren't warm to the idea, to say the least, and the governor hasn't assembled an army of supporters to back up his position.

Texans in Congress anticipate controversial health care vote
The dilemma for many House Republicans — including Texans — is this: Anger their conservative base, or risk venturing into Trump's crosshairs?

Senate panel OKs bill requiring schools to teach teens about interacting with police
The proposal, Senate Bill 30, is a bipartisan response to deadly encounters between law enforcement and civilians seen in recent years throughout the country.

Abbott wants "broad-based law" that pre-empts local regulations
As local control battles rage at the Texas Capitol, Gov. Greg Abbott is voicing support for a much more sweeping approach to the issues that have captured headlines.

Senate passes property tax bill state leaders love, local officials oppose
The Senate voted 18-12 in favor of bill that would require an election if a local government entity wanted to increase some of its tax collections by 5 percent or more.

The Senate Higher Education Committee is considering legislation this morning that would limit tuition increases at public universities in Texas. Here's what you need to know:

Meet Paige, our new Facebook Messenger bot! Message “hello” to m.me/texastribune to sign up for updates on the most important issues coming up in the 85th Legislature.

Democrats crank up the heat on Gorsuch at marathon hearing, Politico

Roy Williams on HB2: "What we have now is wrong," The News & Observer 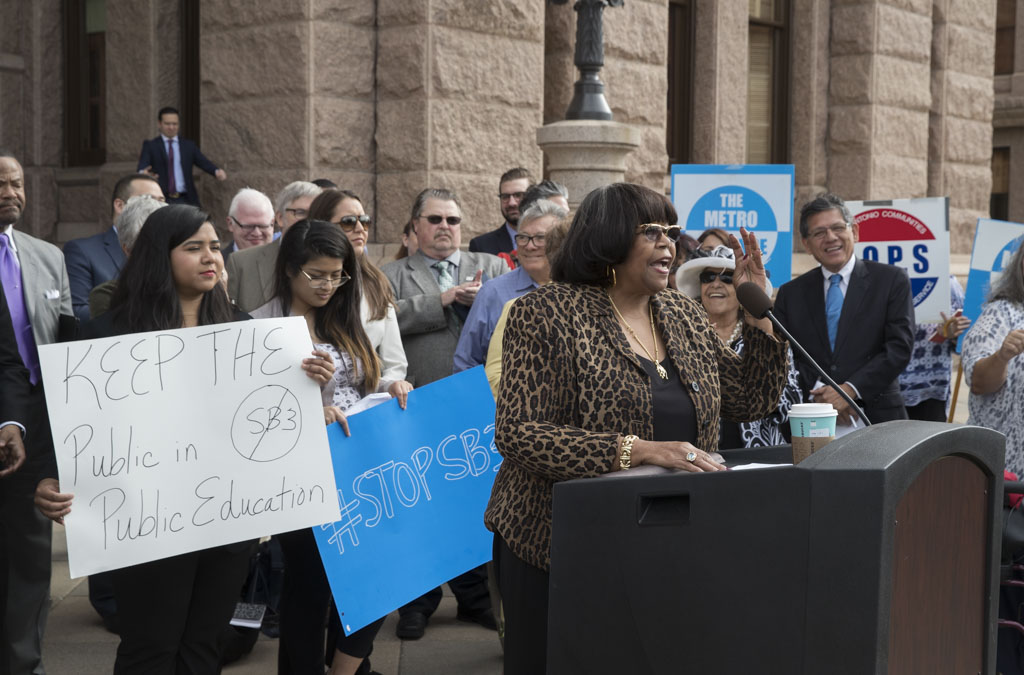 State Rep. Alma Allen, D-Houston, spoke in opposition to Senate Bill 3, a controversial piece of school choice legislation winding its way through the Capitol this legislative session, on March 21. Photo by Bob Daemmrich. See more photos on our Instagram account.

"Today’s consumers expect handy mobile apps for everything from reading the news to catching cabs to checking in for flights. Why should electricity be any different?"

— Gregory Craig, CEO of Griddy, about deregulating electricity in Texas via TribTalk