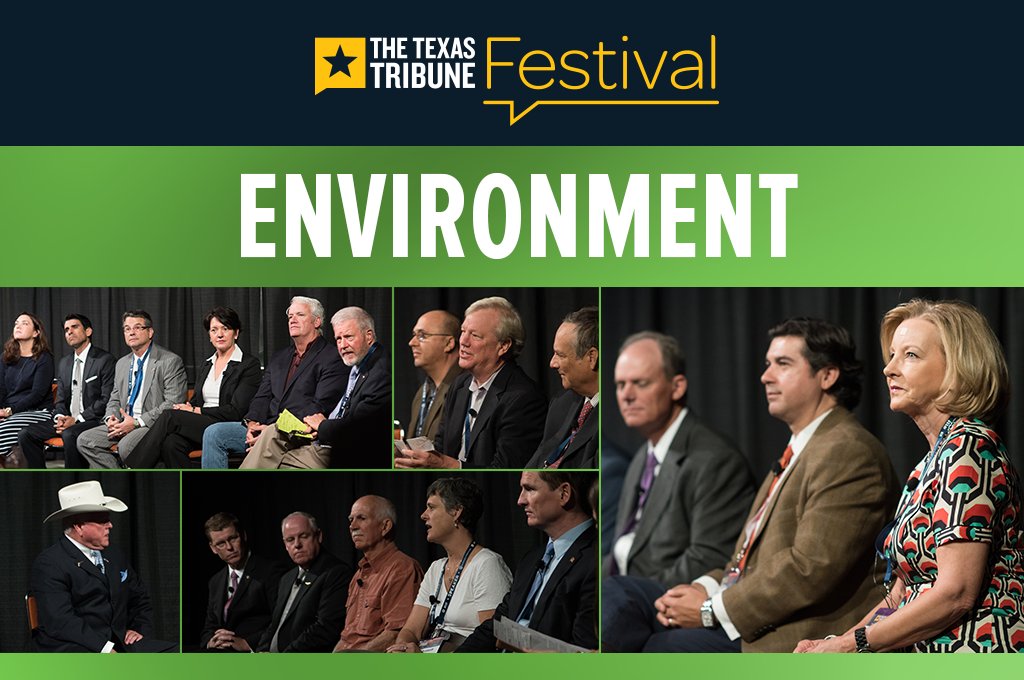 The Environment track at The 2015 Texas Tribune Festival featured panel discussions on the water supply, the climate debate, related legislative issues and lessons from the May floods. There was also a one-on-one conversation with Texas Agriculture Commissioner Sid Miller. Scroll down to listen to audio from those sessions.