Only a quarter of registered Texas voters think the country is moving in the right direction, but 45 percent say the state is on track, according to the latest University of Texas/Texas Tribune Poll.

More than three in five said the country is on the wrong track, while 35 percent said the same about the state.

“People are always pretty dour in these things,” said Jim Henson, director of the Texas Politics Project at the University of Texas at Austin and co-director of the poll. “But in all of these, we’re seeing some degree of uptick. People are starting to register the recovery in the economy.” 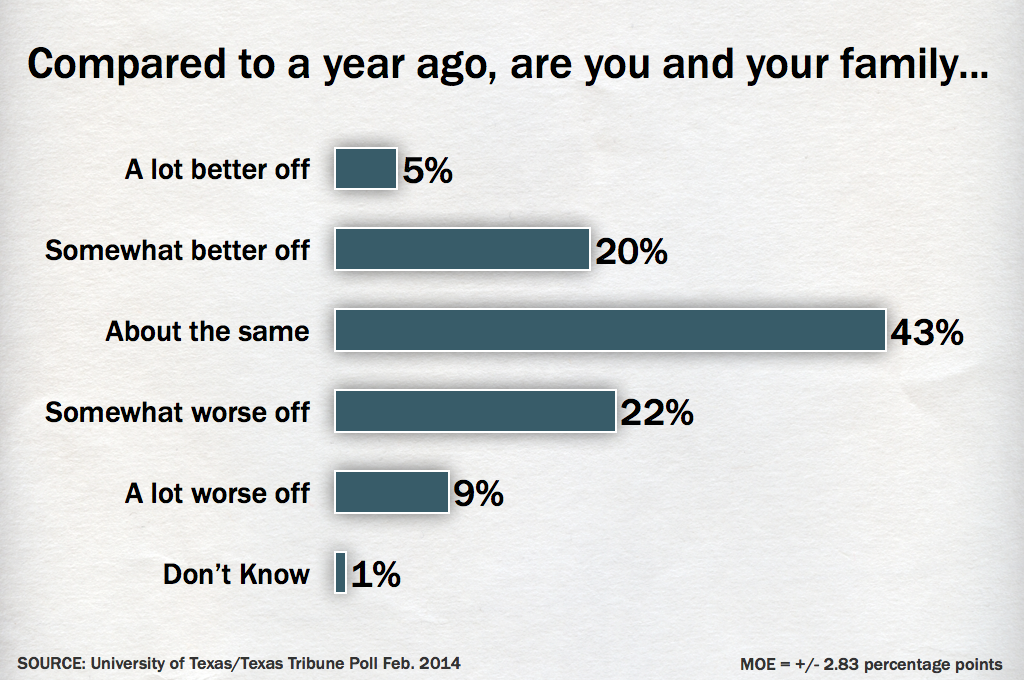 “A quarter say they’re better off, but almost a third said they were worse off,” he said. “That’s a worrisome number, I think, if you’re a state official.” 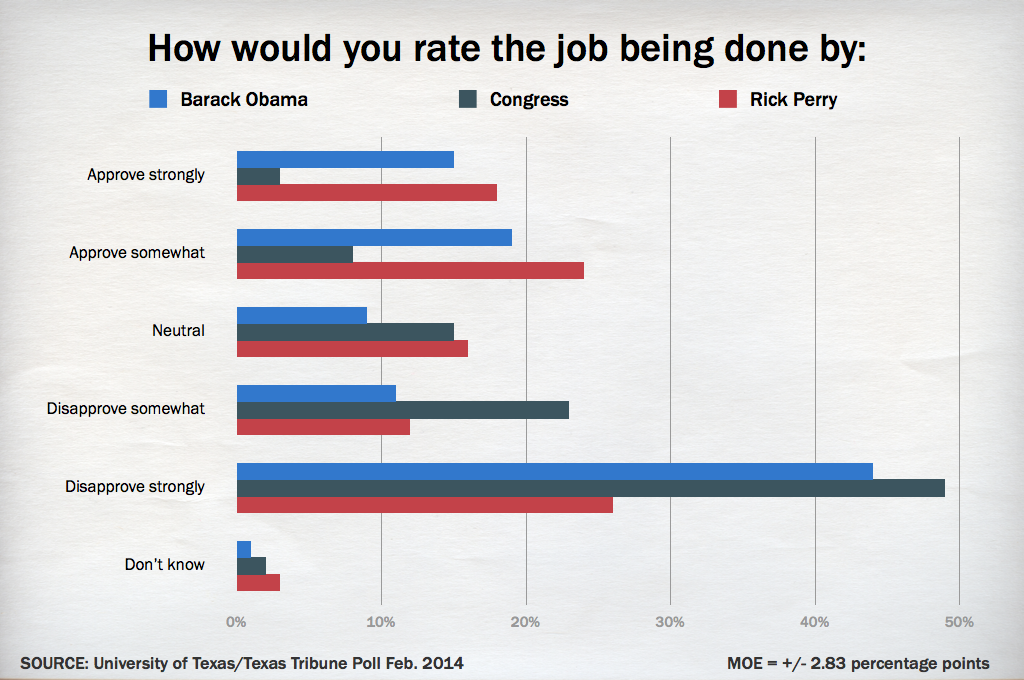 Congress does even worse, with 11 percent giving good grades and 72 percent disapproving — including 49 percent who disapprove strongly.

Most Democrats — 71 percent — gave Perry disapproving grades, while 69 percent of Republicans and 68 percent of those who identify with the Tea Party approve of the job he’s doing.

There is some harmony between those three groups of partisans, however: Congress is unpopular with everybody. It gets disapproving job performance ratings from 66 percent of Republicans, 72 percent of Democrats and 78 percent of Tea Party respondents.

Finally, the pollsters asked Texas registered voters how they identify themselves, splitting the group and asking two ways whether they consider themselves Texans first and Americans second, or vice versa. Between 71 percent and 74 percent said they are Americans first. The rest — 26 percent to 29 percent — said they are Texans first.

This is one of several stories on the latest University of Texas/Texas Tribune Poll. Monday: The state of the political races. Tuesday: Views on a range of education proposals. Wednesday: Legalization of Marijuana, immigration, voter ID and other issues. A summary of the poll, crosstabs and the methodology are attached.