A quarter of Texas registered voters put immigration and border security at the top of their list of problems facing the state, followed by political corruption/leadership, unemployment/jobs and the economy. Education, health care and the water supply rounded out the list, but were all listed as top items by small percentages of Texas voters.

“We have to continue to be amazed at the level of border security and immigration. If they were sports stars, we would have to retire their numbers,” said Jim Henson, co-director of the poll and head of the Texas Politics Project at the University of Texas at Austin.

Texans’ list of national concerns continues to be topped by fiscal and political matters: federal spending/national debt, the economy, political corruption/leadership and unemployment/jobs. Issues that have generated a lot of conversation, like health care, partisan gridlock and immigration all registered in the single digits, well behind the top issues. 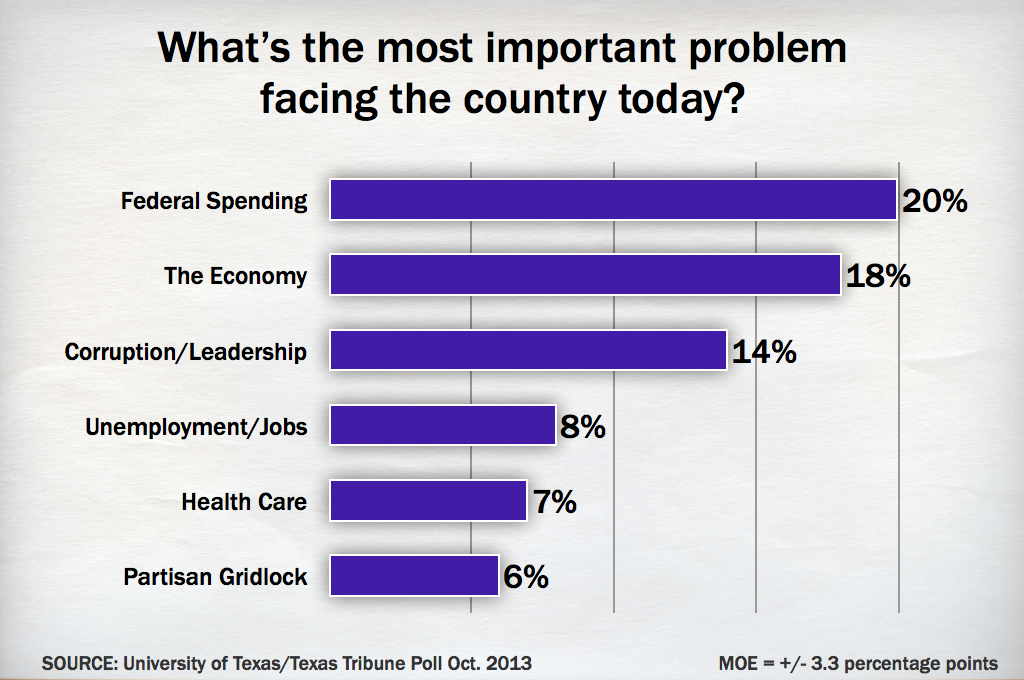 The item on political corruption/leadership has partisan undertones, Henson said. “At the national level, we find a significant smattering of Republicans interested in political corruption, and at the state level, a smattering of Democrats,” he said. In each case, voters on the outside are registering their displeasure with the party in charge at each level of government.

“That’s just frustration toward government,” said Daron Shaw, who co-directs the poll and is a professor of government at UT-Austin. “I think that’s more about leadership than actual political corruption, although people tend to conflate the two. It’s the idea that if you don’t like the leadership, you think they’re corrupt.

“The specifics don’t really matter — it’s a way to pronounce yourself mad or angry at Washington,” he said. “It’s very Texas in a lot of ways.” 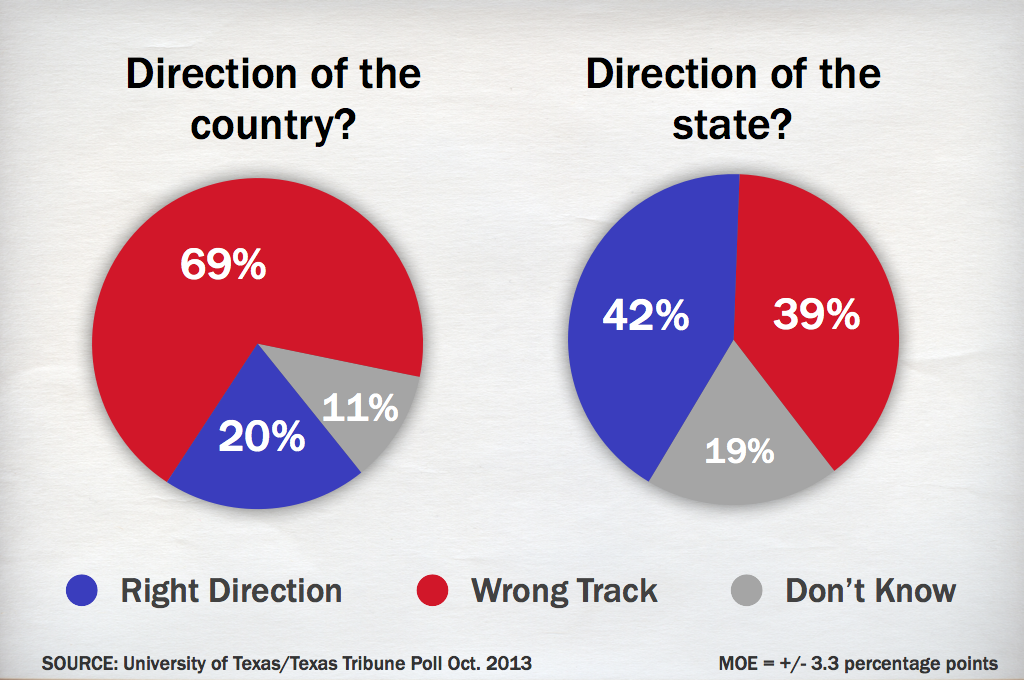 A third of the respondents said the Tea Party has too much influence within the Republican Party, but 27 percent said it has too little, and 17 percent said that movement’s influence was about right.

This is one of six stories on the latest University of Texas/Texas Tribune Poll. Also today: how Texans feel about the Affordable Care Act. Yesterday: Ted Cruz and the 2016 race for president. Tomorrow: Texans’ views on immigration.