A narrow majority of registered Texas voters would favor an overhaul of federal immigration law that included a pathway to citizenship for undocumented immigrants already in the U.S., according to the latest University of Texas/Texas Tribune Poll.

Opposition to that sort of change is strong, too, at 44 percent.

“Support for comprehensive immigration reform increased by six points since our last poll” in October, said James Henson, co-director of the poll and head of the Texas Politics Project at the University of Texas at Austin. He said the changes coincide with a national debate on the subject, but don’t necessarily point to a coming change in state politics.

“That conversation is affecting some Republican attitudes,” he said. “But the change in the long-term trend is happening too slowly to influence the conversation in the primaries. We’re seeing movement, but it’s slow.”

Asked about college tuition for undocumented immigrants who graduated from Texas high schools and lived in the state for at least a year, 47 percent said they should pay rates charged to out-of-state students, while 40 percent said those students should pay in-state rates at Texas public colleges and universities. The state’s Republican lawmakers approved in-state tuition for those students in 2001, and Gov. Rick Perry defended it when he was running for president in 2011. Their voters have moved, however.

“The harder-line element in the Republican Party has been pretty vociferous, and they’ve reached some of the other Republicans out there,” said Daron Shaw, a professor of government at UT-Austin and co-director of the poll. 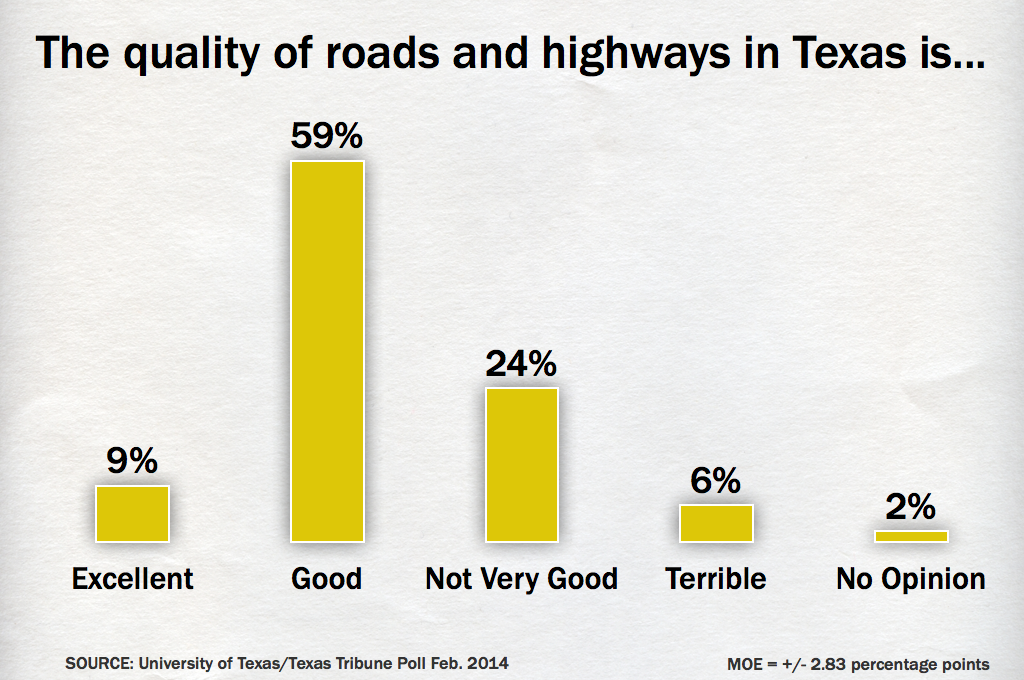 In what might come as a surprise to state and local officeholders, only 30 percent of the respondents say the state’s roads and highways are “not very good” or “terrible.” Most rated them either “good” — 59 percent — or “excellent,” which got 9 percent. Urban and suburban residents were slightly more likely than rural residents to give the roads bad grades. 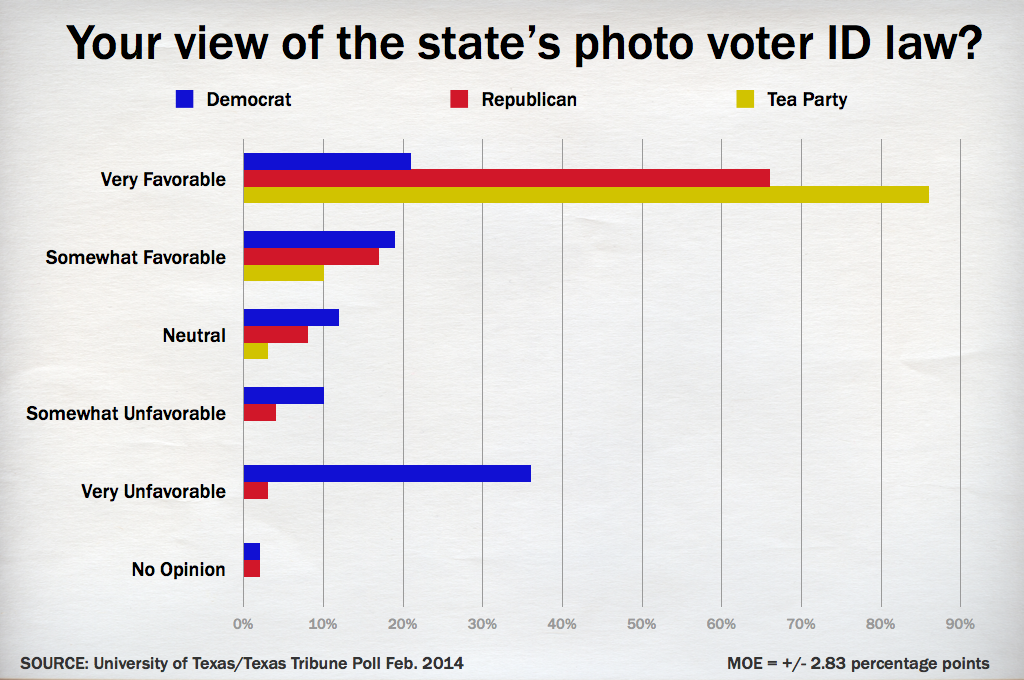 Beneath the numbers is a deep partisan divide. Democrats are split, with 40 percent registering favorable opinions of the law and 46 percent saying they view it unfavorably. Among Republicans, 83 percent favor the law; among those who identify with the Tea Party, that rises to 96 percent.

“Democrats have figured out where their party is on that issue,” Shaw said. “It’s pretty clear that opposition is solidifying. It’s become a rallying point for black mobilization in elections across the country.”

Most of the respondents — 75 percent — said they have heard of hydraulic fracturing, more commonly known as fracking. Of that number, slightly less than half said the potential benefits of the practice outweigh the potential costs, while 32 percent said the benefits do not outweigh the costs.

“My sense is that this is affected by media coverage rather than Texan love of extractive industries, which does exist,” Henson said. “When it’s on the front page, its about water contamination and earthquakes.” 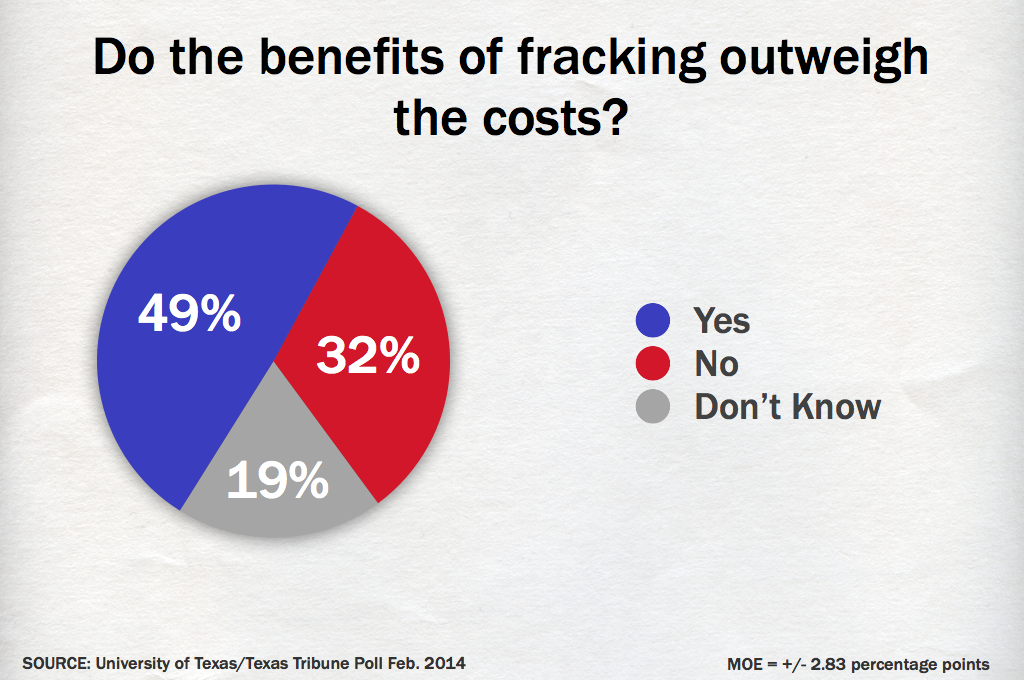 This is one of several stories on the latest University of Texas/Texas Tribune Poll. Monday: The state of the political races. Yesterday: Views on a range of education proposals. Also today: Legalization of marijuana, abortion and other issues. Tomorrow: Texans’ views on the state of the state.