Including a pathway to citizenship as part of comprehensive federal immigration reform is opposed by 48 percent of Texas registered voters and supported by 46 percent, according to the poll.

That result hides big partisan and ethnic differences: 65 percent of Democrats support the pathway idea, while 70 percent of Republicans oppose it. Among white voters, 41 percent favor it and 55 percent oppose the policy; among Hispanics, the support/oppose numbers are 56 percent/39 percent, and among black voters, 48 percent/32 percent. Urban Texans favor it by 16 percentage points, and rural voters favor it by 9 percentage points. Suburban voters are opposed 52 percent to 41 percent. 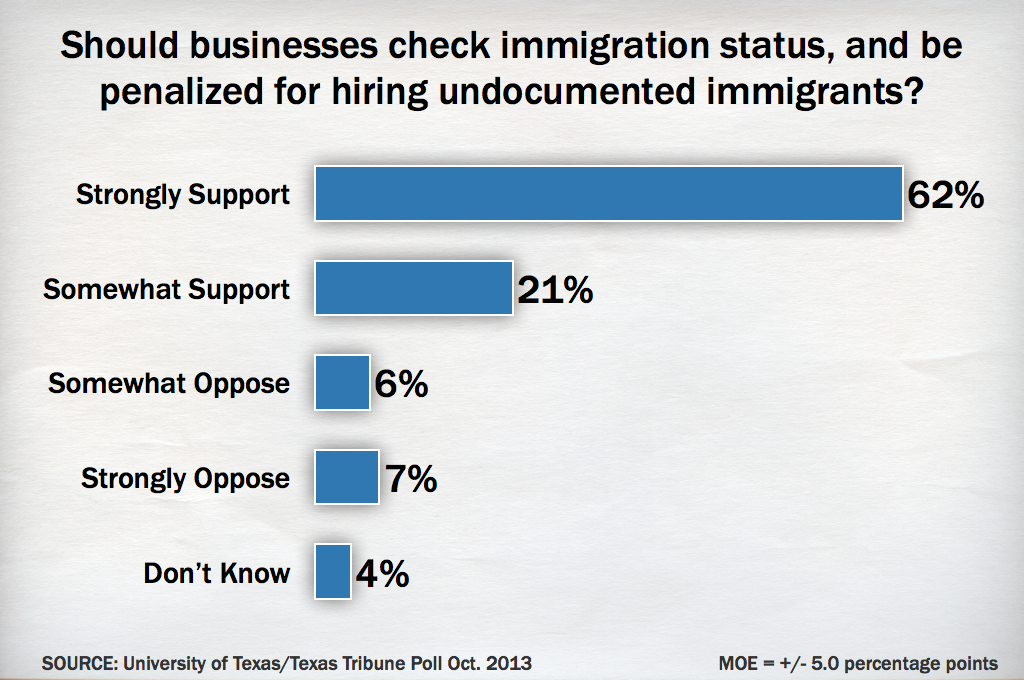 “They are open to the idea — the hang-up is that when you begin to talk about comprehensive immigration reform, it continues to have heavy partisan structure,” said Jim Henson, co-director of the poll and head of the Texas Politics Project at the University of Texas at Austin. “A big majority of Democrats support it, but a bigger majority of Republicans oppose it. The Tea Party Republicans oppose it at a rate of 77 percent.”

Texans are open to citizenship for undocumented immigrants already in the U.S. If the immigrants pay taxes, pass criminal background checks, learn English and sit out a long waiting period, 66 percent of Texas voters would grant them citizenship. The partisan splits remain, but even Republicans, suburbanites and white voters support that option.

A large majority — 83 percent — supports fines and penalties for businesses that employ undocumented immigrants and would require those business owners to check immigration status of their employees. 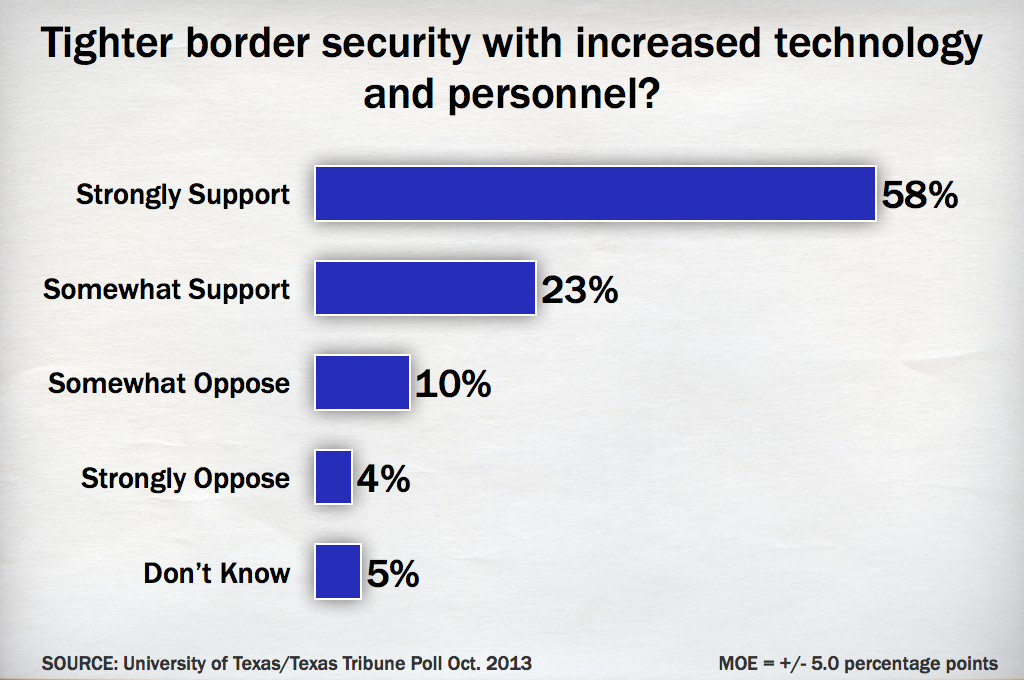 About as many — 81 percent — support tightening the U.S. border and giving the Border Patrol more technology, infrastructure and personnel.

“There is a strong feeling that businesses look the other way, that they are a part of this and that they ought to be accountable,” said Daron Shaw, a government professor at UT-Austin and co-director of the poll. “That tests better than border security.

Texas voters are open to immigrant workers, with 67 percent saying engineers and scientists from other countries who earn graduate degrees here should be allowed to work in the U.S. A smaller majority — 54 percent — said the number of low-skilled immigrants allowed to enter the U.S. should vary, depending on the condition of the economy.

“What you see here is confirmation of the political positions of George W. Bush and Rick Perry — they clearly are very centrist with respect to immigration policy in Texas,” Shaw said. “There is great support for finding some solution to the problem.”

Voters would be willing to grant citizenship to people brought illegally to the U.S. as children, under certain circumstances. Enlisting as a soldier would be enough for 72 percent of Texas voters. Another 53 percent said they would open citizenship to college students, and half would allow people who work in disaster relief or as firefighters. Only 38 percent would allow citizenship for immigrants who work as child care providers. Fewer conservative voters support each option on the list; only the military service proposal won a supportive majority among Republicans. 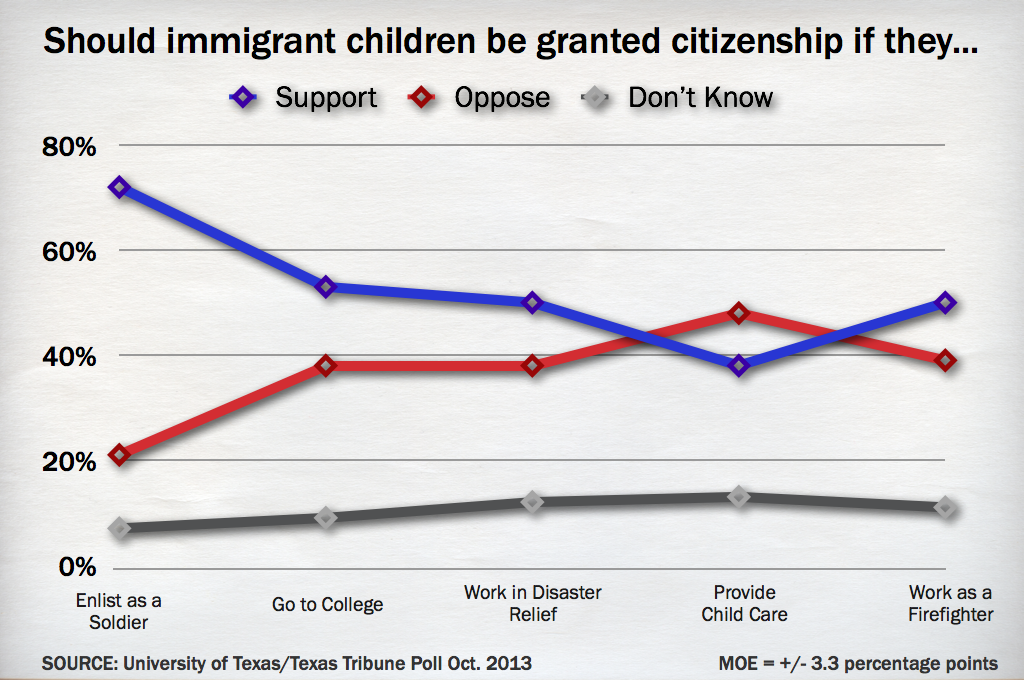 “You see that if people render some kind of service, people are more willing to admit them, to establish a pathway to citizenship,” Shaw said. “But there are a lot of different ideas about what kind of service they’ll honor.”