Here they come again, with one group hoping to keep the spectacle going and the other trying to let the air out of the tires.

National media trying to catch up on the story of the abortion fight in Texas, on the findings of life in the Texas Democrats, and in the personification of it all in Sen. Wendy Davis, D-Fort Worth, will be watching and hoping for a repeat of the drama of the last night of the first special session.

This time, the time is on the side of the majority. Abortion regulation, transportation and a fix to the sentencing options for 17-year-old capital murderers are on the agenda for the second special session, and this time, they start with 30 days to run. They can actually listen to testimony until even the advocates wear out. They have time to debate, to let the air out of the tires, to lower the temperature.

Plus, they already know how to do it wrong.

Last time, Gov. Rick Perry opened the call to those items two weeks into the first special session. The House was in the middle of a two-week recess and didn’t get back to work until June 17 — a little more than a week before the end of the session. The only tool available to opponents of the abortion measure was the clock. Perry, Speaker Joe Straus and Lt. Gov. David Dewhurst have all seen this movie before, and if they were surprised when it went down to the wire, that’s a surprise in itself.

Democrats and reproductive rights activists took advantage of the clock, packing hearings and hectoring the House and the Senate in the way that the rules and the presiding officers allow that to happen. The whys about the legislation go on and on.

And now it starts all over again.

Here is this week's still somewhat fuzzy look at who is in (and might be in) the statewide races in 2014. Unless noted, the candidates below are Republicans. 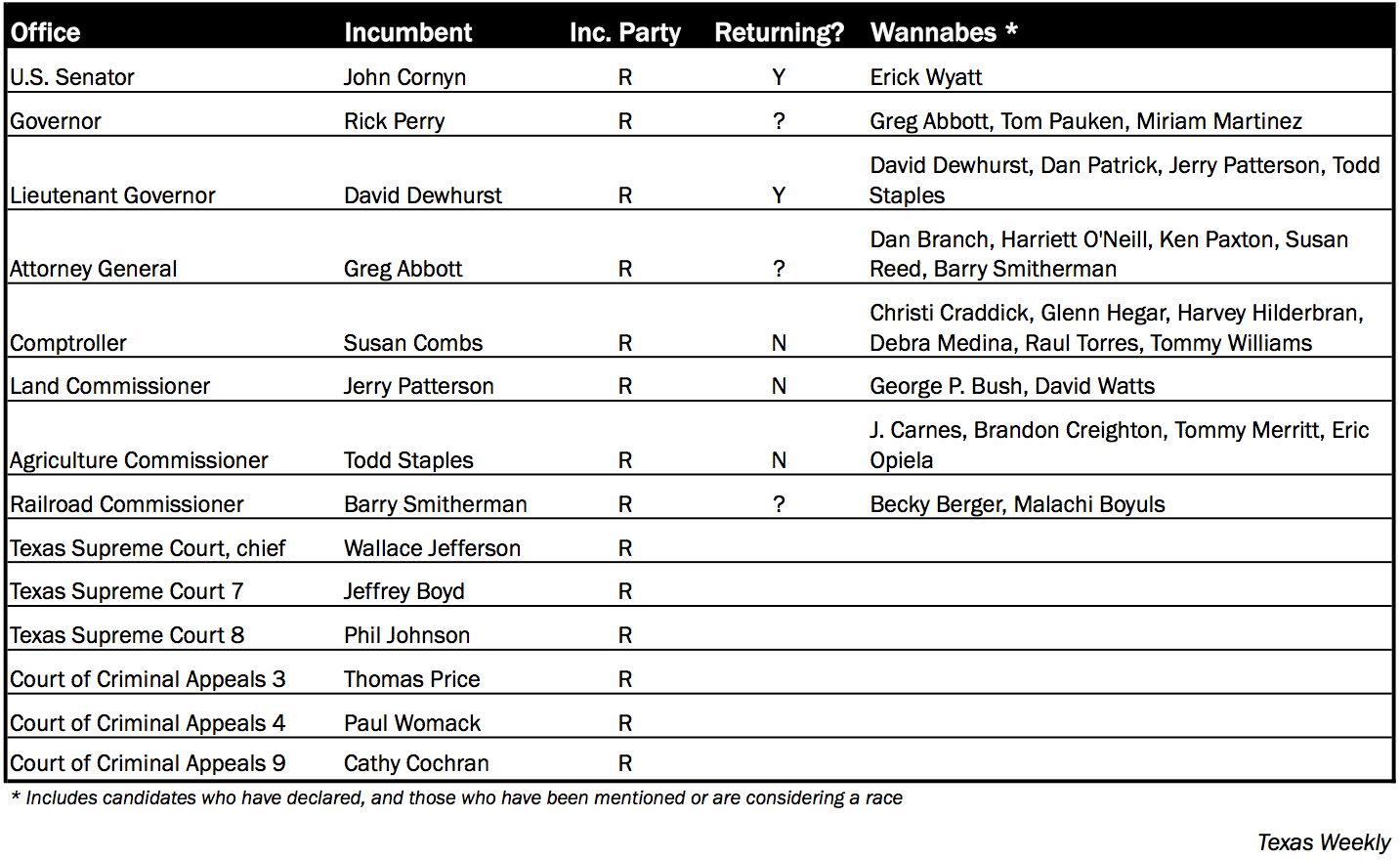