Texas politicians and institutions are getting much better marks from the state’s voters than the president and Congress, according to the latest University of Texas/Texas Tribune Poll.

And while Gov. Rick Perry and the Legislature had balanced high and low marks, President Obama and Congress had more low grades than high ones.

The governor’s supporters still have a lot of regard for him as governor,” said poll co-director Jim Henson, who runs the Texas Politics Project at the University of Texas at Austin. “But it’s not clear that that would extend to him as a candidate again. We know you never step into the same stream twice. The waters right now are different than they were in 2010 for the governor.” 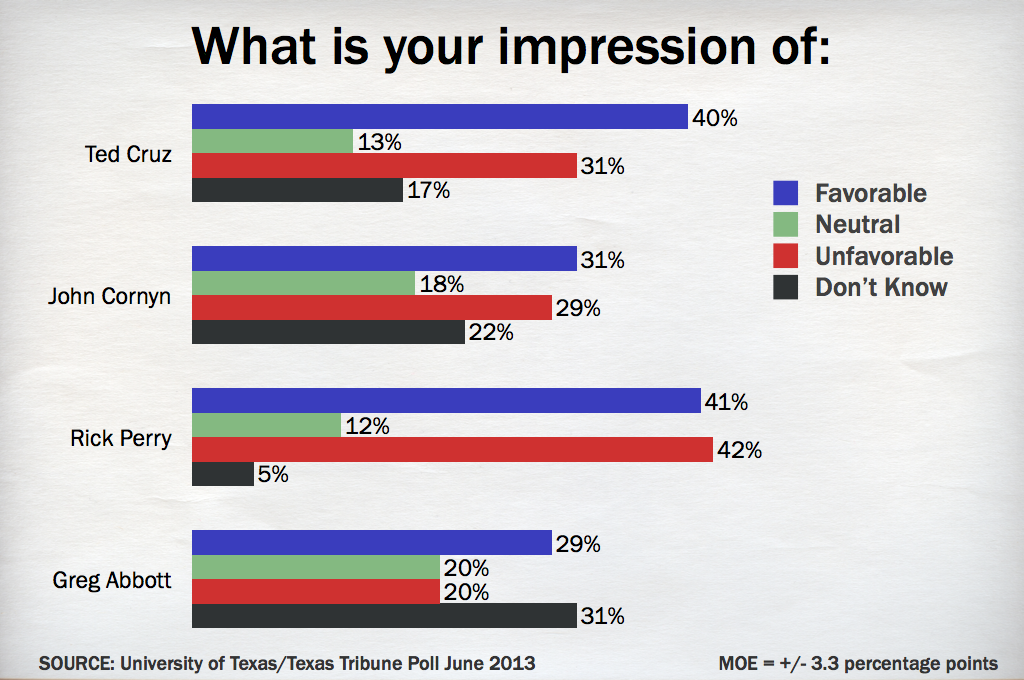 Perry and U.S. Sen. Ted Cruz were viewed favorably by the highest percentages of people, but they also led — Perry, especially — in their share of unfavorable rankings. That said, Perry’s numbers are about where they have been in previous UT/TT polls, with 41 percent of Texans saying they have a favorable impression of the governor and 42 percent saying their impression is unfavorable. 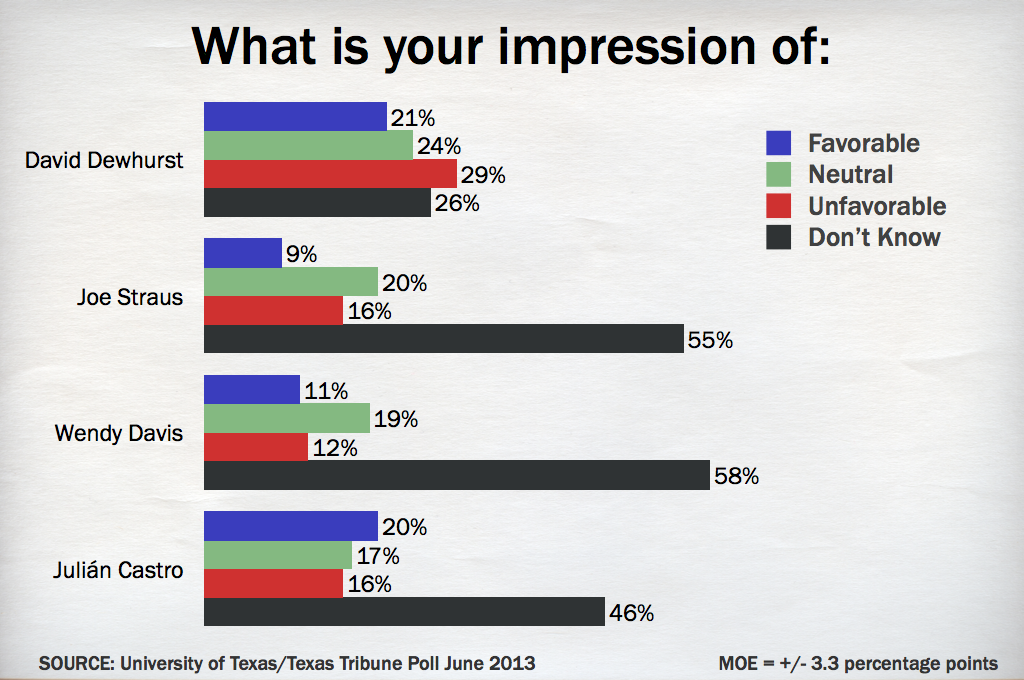 “I’m surprised people continue to be surprised about Cruz,” said Daron Shaw, co-director of the poll and a government professor at UT-Austin. “You continue to hear this mantra that he’s unpopular and doesn’t get along with these senators, and my reaction is, ‘And?’ They’re very unpopular, and he’s against them. We think this is a bad idea for a Texas senator? Why?”

“This is interesting: John Cornyn is unknown to more people than Ted Cruz,” Shaw said. “Cornyn has been, in many ways, the exemplar of what the establishment in the Republican Party wants to be.”

Henson said Cornyn’s numbers are perfectly acceptable except in contrast with those of the junior senator. And unlike Cruz, Cornyn will be on the ballot next year.

“One of the things we have seen is that if you’re a Republican incumbent, these things can come out of nowhere,” he said. “But he has done a decent job of holding his standing with conservatives even as Cruz has stolen the limelight.”

The state’s top two legislative leaders — Republicans Lt. Gov. David Dewhurst and House Speaker Joe Straus — had higher negative than positive ratings. Straus, like Davis and Castro, is unknown to a high number of voters. Dewhurst is better known, but got positive marks from 21 percent and negative marks from 29 percent — potentially troublesome numbers for someone who is set to face re-election in 2014 and is coming off a Republican U.S. Senate primary loss to Cruz. Straus, unlike the lieutenant governor, doesn’t have to face voters outside of his own House district.

“I really think [Dewhurst] has taken a beating about the loss to Cruz,” Shaw said. “I’m not sure there’s been a whole lot of conversation about the legislative session. I think this is still the echo of that loss to Cruz.” 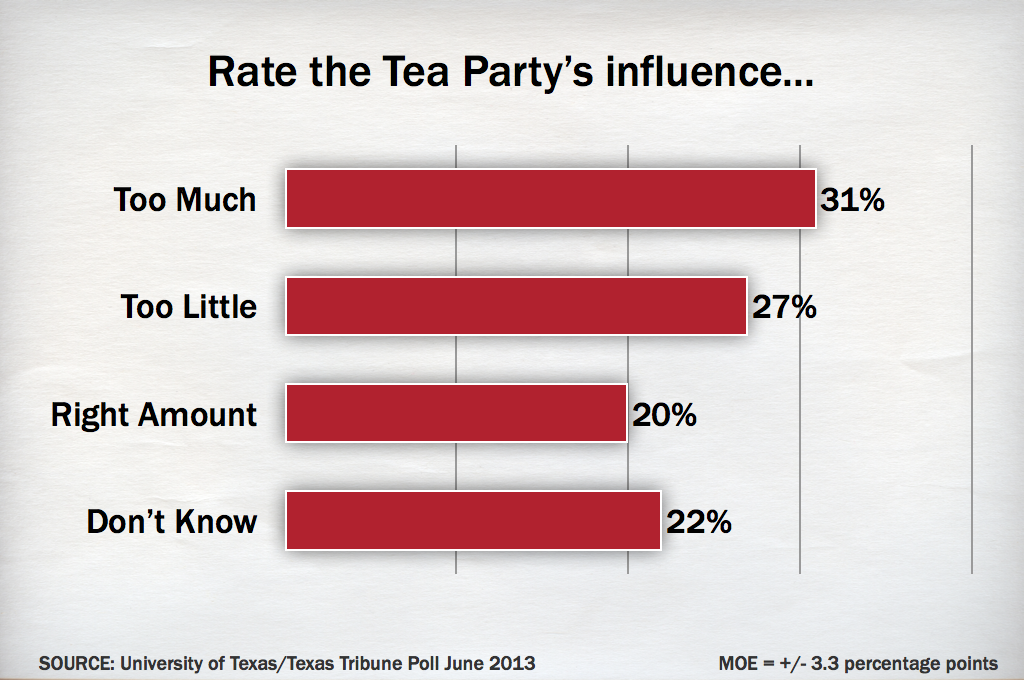 “The Tea Party isn’t going away,” Henson said. “It has settled in as an established presence in the Republican Party.”

This is the second of five stories on the latest University of Texas/Texas Tribune Poll. Yesterday: head-to-head races for president, governor and lieutenant governor. Tomorrow: voters’ take on the most important issues and the economic climate.