Delwin Jones, who was first elected to the Texas House in 1964 after two unsuccessful attempts, says he has handed out 765,000 promotional emery boards since his start in politics. His tenure and those files weren't enough to win a bruising primary outright last month, though, and the veteran legislator now finds himself in a runoff against Tea Party organizer Charles Perry, who's capitalizing on voter anger at incumbents.

Perry's new to this; Jones has been doing it for 50 years. Perry is preaching change; Jones is touting his experience and longevity. Jones says the area would be ill-served with two freshman legislators — the other Lubbock incumbent, Carl Isett, isn't returning — while Perry says Jones and others sent to Austin have gone native. It's a classic insider-outsider race, and with no Democrat on the November ballot, the April 13 runoff will determine who represents rural Lubbock and four other counties come January.

Jones has been in the House, this time, since 1989 (he lost his seat in 1973 and ran unsuccessfully for a series of other offices in the interim years). He's one of 11 Republican House members who turned on House Speaker Tom Craddick, R-Midland, in 2009, joining with Democrats to unseat their leader and to replace him with state Rep. Joe Straus, R-San Antonio. Straus, returning the favor, has been trying to help Jones win another term. That's part of the sales pitch, in fact: Jones says he's got the relationships and the experience to represent Lubbock at a particularly trying time. The state will draw new political districts next year, and West Texas, which is hemhorraging population, will lose seats. Jones heads the House Redistricting Committee and says he offers the area's best chance to cut those losses.

"Nothing else matters except redistricting," says Scott Mann, a former Republican county chairman who's advising Jones. That might actually be true in policy terms, but redistricting is almost supernaturally boring to most voters. Perry is chiding Jones for his votes against concealed handguns and voter ID and, more recently, in favor of a bill to allow non-citizens living legally in Texas to go to college at in-state tuition rates. Perry twists that vote (which was unanimously passed by both houses of the Legislature) into "support for taxpayer-funded scholarships for illegal aliens." That's not exactly truthful, but it's a sticky message. 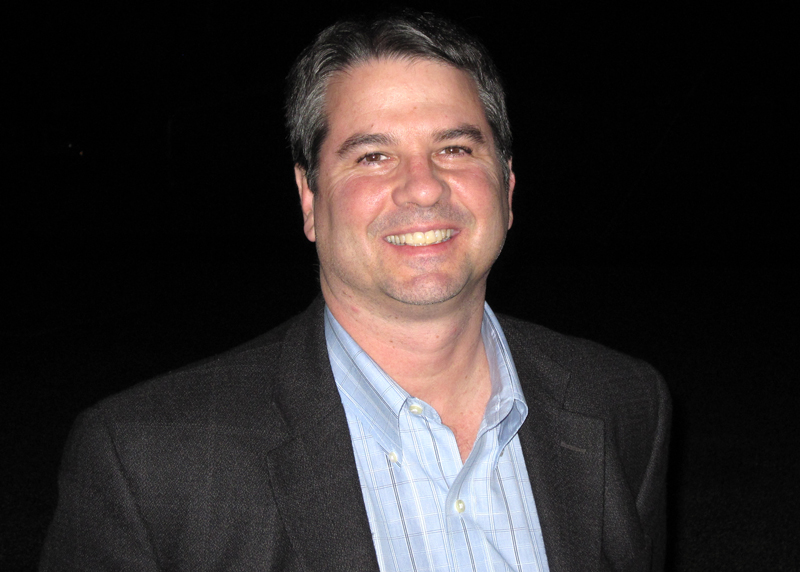 "I'm not a Tea Party guy — I'm a grassroots guy," says Perry, a Lubbock CPA. But he's steeped in Tea, listing himself as one of the founders of Americans for Integrity in Government and, on one handout, as "co-founder of local Tea Party." If he is not, as he says, a member, he's clearly their candidate in the race. Listen to his pitch for support: "It's going to take some humbling of the establishment. … We've lost control, and it's got to stop. … I believe the one common denominator is fiscal responsibility. … Common sense is where we lost it."

Plenty of people were expecting a runoff, but many of them were surprised that Zach Brady, who ran a well-financed and carefully planned challenge, didn't make it into the final round. Brady, along with his former boss, state Sen. Robert Duncan, R-Lubbock, has now endorsed Jones. Duncan stayed out of the first round. Brady, who was hoping agriculture votes would carry him into the Texas House, is backing Jones mainly by blasting away at Perry. "A state representative should work for West Texas first and partisan or personal goals second," Brady says.

Brady's campaign focused, gently, on the vitality of the 86-year-old incumbent and the need for fresh blood. Perry undercut him by calling him an Austin lobbyist and by turning Brady's solid financing and slick campaign into a disadvantage. While Perry is shooting at Jones' votes on key conservative issues, Jones is focusing on experience and reputation. Brady, meanwhile, is raising questions about Perry's credentials and doing a little of what Perry did to him: showing the outsider's ties to insiders who are helping his campaign and trying to undermine his credibility.

Will that work? Only if it energizes or deflates voters. Morris Wilkes, a local Republican consultant, says the candidates are past the point of converting the faithful. Now it's about getting their already decided voters to the polls. "You can count on your fingers the number of voters who go to the polls and say, 'What am I doing here?'" Wilkes says.

Brady says Perry's campaign is being run by a former legislator who did federal time for bank fraud and that his front — Jordan Berry — is a registered lobbyist in Austin. That doesn't jibe with the pristine persona Perry's presenting to voters, and it rubs Brady — still smarting from the way he was disparaged — the wrong way. "Integrity does matter," he said at a recent press conference at the downtown Lubbock Club. "We can disagree on issues, but we can never compromise on honesty and integrity."

Berry, Perry's consultant, does indeed office in Austin, and his partner is former state Rep. Ben Campbell, R-Carrollton, who served in the House for 10 years starting in 1985 and later served time in federal prison for charges related to falsifying loan documents. Both he and Berry subsequently worked for state Rep. Betty Brown, R-Terrell. Brady says Perry admitted Campbell is helping; Perry calls the charges gutter politics.

Brady and others are also criticizing Perry over a campaign-finance complaint with the Texas Ethics Commission questioning some entries in his campaign filings that make it appear that he illegally accepted corporate contributions. His campaign says it was a filing error and has been corrected.

Jones fended off a well-financed opponent four years ago, when homebuilder Van Wilson ran with hundreds of thousands of dollars raining in from outside the district. Perry says that race wasn't about issues, and that it's clear voters are more upset now than they were then. In this environment, Perry thinks he's got some levers. "His voting record, for whatever reason, has never been an issue," he says of Jones. That's why he's focused on a handful of areas where he thinks the incumbent is out of step with local voters.

Jones admits he's in a tough race and is working 16-hour days to keep his seat. He says Brady did very well with agricultural groups, and he's hoping to pick up their support (he's already got the backing of some of the associations; the question is whether voters will follow). Between that, the Duncan endorsement, and visits from players like Straus, he hopes to pull out a win.

"Zach's endorsement was important," he says over lunch at The Red Zone (after missing his salad because he was busy handing out those emery boards). "Everybody, including me, was surprised when Perry came in second."

The other surprise was turnout. Only one other Republican primary for the House in the entire state drew more than 20,000 voters (the other was in Georgetown, where four Republicans vied for an open seat). This one attracted more than 25,000, probably because there were three serious candidates duking it out. (That's attracted attention, too; the candidates in the only statewide Republican runoff — a contest for the Texas Supreme Court — are making regular Lubbock appearances because of the likelihood that this and another race will draw voters to the polls.)

"I worry about a light voter turnout," Jones says. "New voters turn out more in runoffs … and that gives him an advantage. More of his people go out to vote than regular voters."

The campaign, until last week, was relatively positive. Now the candidates are getting testy. Jones calls Perry "a real nice guy who's almost naive politically." Perry says he hopes Jones "won't go low" but is anticipating a negative campaign. Ask him about voter turnout, however, and he doesn't exactly take the high road, indelicately nodding to Jones' solid base of support: "He'd get 40 percent if he died tomorrow."