An investigation into a legal defense gift for Texas Attorney General Ken Paxton has been closed, Gov. Greg Abbott and state Rep. Eric Johnson, D-Dallas, have different reports on how their meeting over Confederate statues ended and a Dallas-area psychiatric hospital is under renewed scrutiny as sexual assault allegations bubble to the surface. Here's the news you may have missed over the weekend:

• A $100,000 donation to Paxton's legal fund wasn't bribery, Kaufman County District Attorney Erleigh Wiley announced Friday afternoon, adding that her office had closed its investigation into the gift — which came from a CEO whose company was also under the microscope for fraud. Paxton still has three unrelated felony charges on his plate, and the trial on the least serious of those isn't likely to play out until next year. Amid his legal battles, the attorney general also recently announced his plans to run for re-election in 2018.

• About those Confederate monuments on Capitol grounds... Abbott and Johnson have different ideas about how their meeting on Friday ended. At issue is a plaque outside of Johnson's Capitol office which asserts that the Civil War was “not a rebellion, nor was its underlying cause to sustain slavery." Johnson said the governor expressed a desire to take the next step toward removing it, while a spokesperson for Abbott said the governor did not agree to have the plaque removed — he only said he'd have the board that oversees Capitol grounds look into the plaque's history. Three days before the meeting, Johnson sent a formal request to the board asking that the plaque — which is one of about a dozen Confederate markers or monuments at the Capitol — be removed.

• Reports of sexual assault at Timberlawn, a Dallas-area psychiatric hospital, are on the rise. Dallas police are investigating a 13-year-old girl's account of being raped by a fellow patient at Timberlawn. The East Dallas hospital — which was recently on the brink of closure — is already facing a lawsuit from a woman who said she was sexually assaulted there under similar circumstances in 2015. On top of that, The Dallas Morning News found that at least three additional female patients have complained about unwanted sexual contact since 2014. The DMN has a rundown of problems at Timberlawn that date back to 2015, and also has a callout for workers and patients with previous ties to the hospital who want to share their stories.

• From Ross Ramsey: Predictions on what's set to happen in the race for Texas House speaker aren't hard to find. But nobody really knows what's next — and they won't for at least another year.

• Republican and Democratic lawmakers from Texas are mulling legislative reforms to an obscure state law that lets rent-to-own companies pursue criminal theft charges against customers who default payments on merchandise. Those #txlege reactions came after a months-long investigation by The Texas Tribune and NerdWallet. Here's a look at how customers have complained about a Plano-based company.

• Lubbock County has seen its lowest turnout since 2011 for early voting in the Nov. 7 election. (Lubbock Avalanche-Journal)

• The Port Arthur City Council will vote this week on whether to end its post-Hurricane Harvey state of disaster. (Beaumont Enterprise)

• Are 400,000 Texas children about to lose their health insurance? (Fort Worth Star-Telegram)

• Crime in Houston plummeted after Harvey. The Houston Chronicle ($) wants to know why many are assuming otherwise. 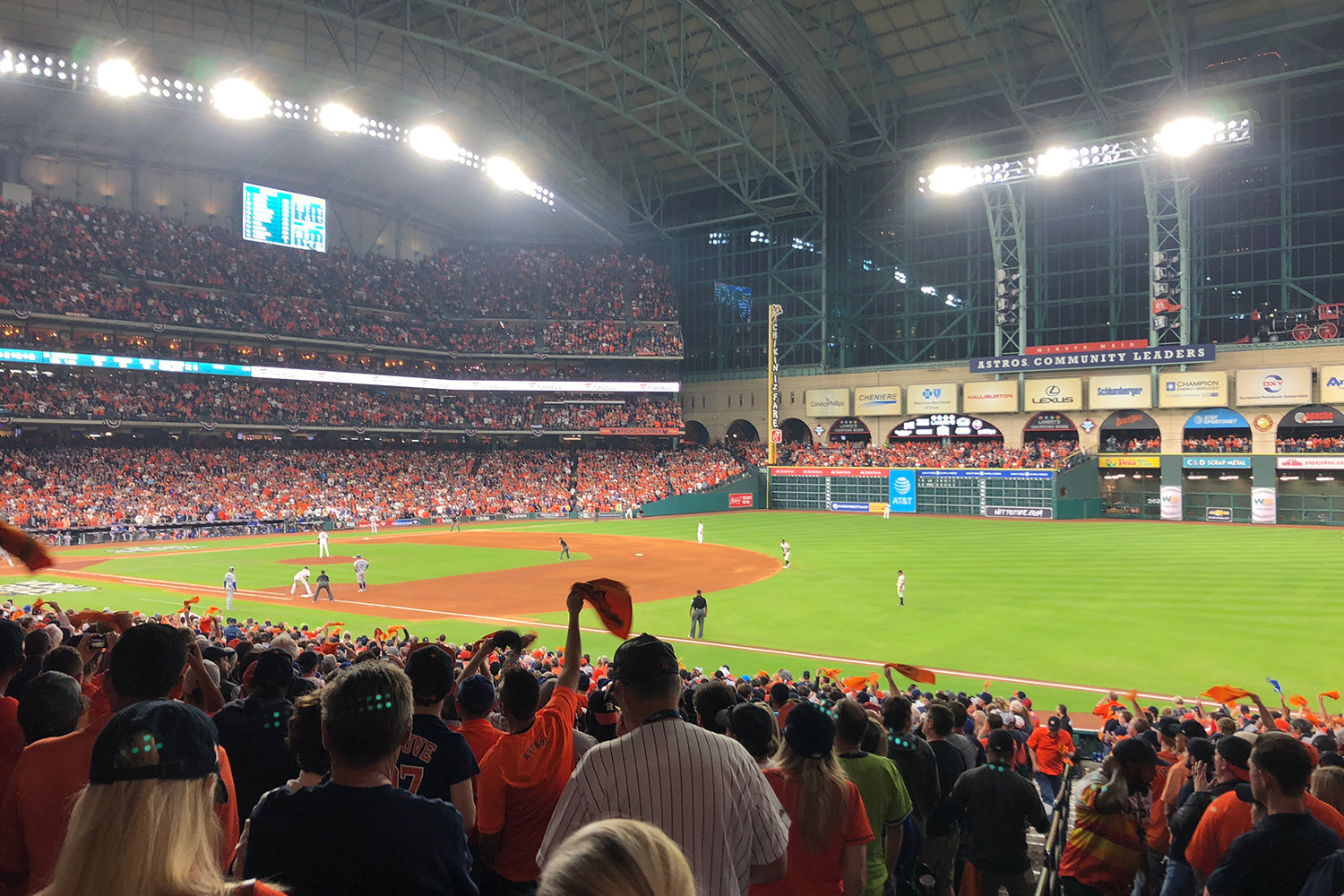 The Houston Astros defeat the Los Angeles Dodgers, 13-12, in Game 5 of the 2017 World Series in Minute Maid Park in Houston on Oct. 29, 2017. Photo by Cassandra Pollock for The Texas Tribune. See more photos on our Instagram account.

"It smacks of debtors’ prisons. You find yourself involved in a misunderstanding, or even a legitimate dispute and one side can have you hauled to jail."