A huge chunk of Texas voters are backing President Donald Trump nearly a year after the nation elected him to office — but nearly two-thirds of them said the U.S. is more divided since he became president, according to the latest University of Texas/Texas Tribune poll. Here's what you need to know:

• Trump's still popular with Texas Republicans. The president's "base is still very secure," said Jim Henson, co-director of the poll and head of the Texas Politics Project at the University of Texas at Austin. But despite typical party tendencies with Trump, not a single subgroup in the UT/TT poll said the country is more united than it was at the start of the president's tenure.

• Voters think Trump handled Hurricane Harvey and its aftermath pretty well. Overall, 56 percent said they approved of the president's response to the storm that devastated the Texas Gulf Coast — and even 20 percent of Democrats agreed. But voters couldn't say the same about the president's handling of other events, such as athletes protesting the national anthem or white supremacists; around 50 percent of voters disapproved of Trump's response in both of those instances.

• No one's a fan of the feds. Texas voters ranked state officials and institutions higher than their federal counterparts, according to the poll. Folks had a special disdain for Congress — with 69 percent saying they disapprove of the job lawmakers in the U.S. Capitol are doing, while only 12 percent approve. On the 2018 election front, voters are more familiar with U.S. Sen. Ted Cruz, R-Texas, than the Democrat from El Paso challenging him, U.S. Rep. Beto O'Rourke. Sixty-nine percent said they didn't have an opinion or didn't know of O'Rourke, while 17 percent said the same for Cruz.

Do you think the nation has become more divided or more united under Trump's presidency? Tell us with #MyTexasTake on Twitter and Facebook.

• NAFTA updates are happening at the Texas Business leadership Council in San Antonio today, where Robert Kaplan, president of the Dallas Fed, is the keynote. Follow Texas Tribune reporter Julián Aguilar for updates.

• The Texas Federation of Republican Women, a prominent grassroots organization in the state, is kicking off its three-day convention in Dallas today. Patrick Svitek will be there, briefing you on happenings as they develop.

• The A&M University Board of Regents are meeting in Stephenville today. Matthew Watkins is your go-to for updates.

• A group of parents in Texas is asking the state to start screening all newborns for spinal muscular atrophy, the most common genetic cause of infant death.

• A disaster food stamp program has been extended for three days — and thousands of Harvey victims are flocking to Houston before Friday to apply.

• A pregnant and undocumented teenager in Texas at the center of a legal dispute is set to have an abortion Friday.

• Anthony Shore's execution was halted just hours before it was set to happen because prosecutors began to fear he would confess to another murder — one for which a fellow death row inmate faces execution next month.

• Another execution in Texas was paused — this one over claims that a co-defendant lied at trial.

• We talked about House Speaker Joe Straus' new committee tasked with studying the state's economic competitiveness and other things on this week's TribCast. Did you miss it? Catch up here.

• Children in Waco are being poisoned by chipping lead paint. Health officials say they need more data before they can identify particulars about the problem. (Waco Tribune-Herald)

• And now for a first look at eight possible versions of President Trump's proposed U.S.-Mexico border wall. (The Arizona Republic)

• There are around 20,000 U.S. Border Patrol agents, and less than 5 percent of them are women. (Texas Observer)

• North Texas residents are now sparring with the city of McKinney over the issue of annexation. (The Dallas Morning News $)

• Georgetown is talking about what to do with its Confederate statue. (The Austin American-Statesman $) 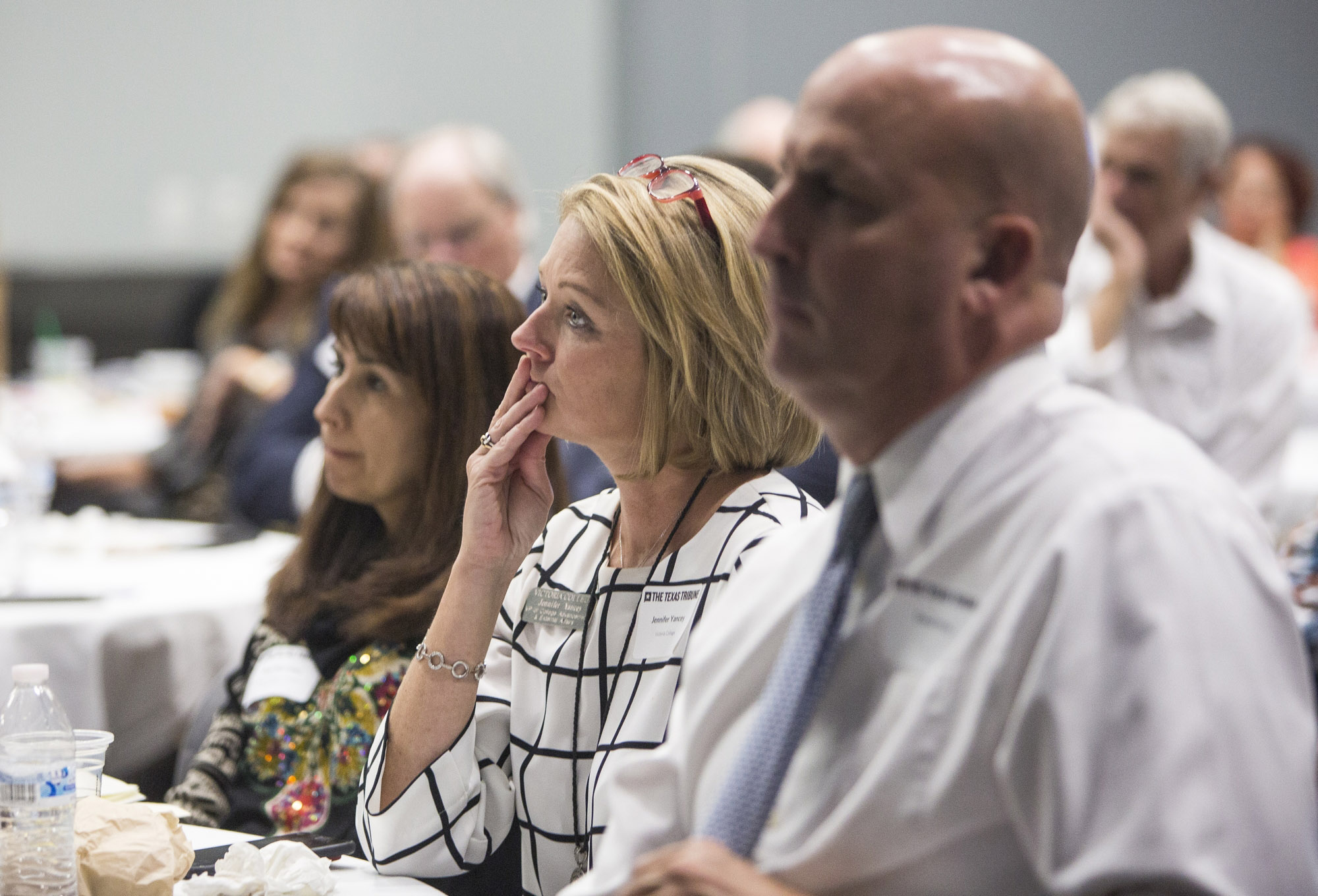 "Yeah, the drug costs money and the screening costs money. But wouldn’t you want to spend [a little more] ... and avoid spending the long-term amount of money it costs to keep these kids alive?"

Disclosure: The University of Texas at Austin and Texas A&M University has been financial supporters of The Texas Tribune. A complete list of Tribune donors and sponsors is available here.