A police officer at Texas Tech University in Lubbock was shot and killed last night. Here's what you need to know:

• Hollis Daniels, the suspect in the shooting, is a 19-year-old freshman at Tech from Seguin. Shortly after the university announced it was under lockdown for a shooter at large, a Tech official said in a statement that everything began when campus police found evidence of drugs in Daniels' room during a welfare check. At that point, officers brought Daniels to the station — where he then pulled a gun and shot an officer in the head before fleeing on foot. Tech was under lockdown for around two hours before Lubbock police confirmed they had brought Daniels into custody.

• Some state politicians and groups offered support ... Gov. Greg Abbott said in a statement he had spoken with Tech Chancellor Robert Duncan to offer his condolences, and House Speaker Joe Straus tweeted, "Our thoughts and prayers are with the family of the officer whose life was taken tonight and the entire Texas Tech community." Dustin Burrows, a state representative from Lubbock, tweeted: "Heartbroken for the family of the fallen officer. Proud of our law enforcement for arresting the suspect so quickly." We will be monitoring reactions from other lawmakers and officials as they come in.

• ... While others offered political takes. Soon after news out of Lubbock broke, the Texas Democrats' Twitter account posted, "Allowing concealed guns on college campuses was a dumb and dangerous idea," a reference to the state's year-old campus carry law. You must be at least 21 years old or an active military member to be eligible to carry a gun on campus — and Daniels is reportedly 19. As details emerged, the tweet caught flak from all sides, including fellow Democrats. That was just one of several tense political spats on #txlege Twitter last night.

• The Texas Railroad Commission is meeting at 9:30 this morning. We're keeping an eye on today's meeting, especially after commissioner Ryan Sitton and chairwoman Christi Craddick sparred during one in September — with Sitton telling Craddick at one point, "This isn't a dictatorship." Follow Texas Tribune reporter Shannon Najmabadi for updates on today's meeting.

• Is Texas removing Confederate statues from the state Capitol?

• Robert Pruett, days away from execution for the murder of a prison guard, still insists he's innocent.

• Texas Southern University canceled State Rep. Briscoe Cain's speech on campus Monday, saying it was an unsanctioned event. He told us he's open to the possibility of returning to the university to give his speech at some point.

• How do Democrats feel about President Trump's plan to tie a deal on DACA to a wall along the U.S.-Mexico border? It's dead on arrival, they say.

• The state's education agency is offering funding to school districts and charter schools that now have a lower attendance due to Harvey.

• Wildfires are raging in California's wine country — and 10 people are dead because of it. (Associated Press)

• The jury selection is starting this morning for the Twin Peaks shootout case from 2015 in Waco. (Waco Tribune-Herald)

• Democrats are targeting three congressional Texas Republicans in Hispanic-heavy districts ahead of the 2018 election cycle. (The Houston Chronicle $)

• The Dallas Morning News ($) did some digging on a Dallas nursing home chain not evacuating residents before Harvey hit. What they found isn't pleasant. 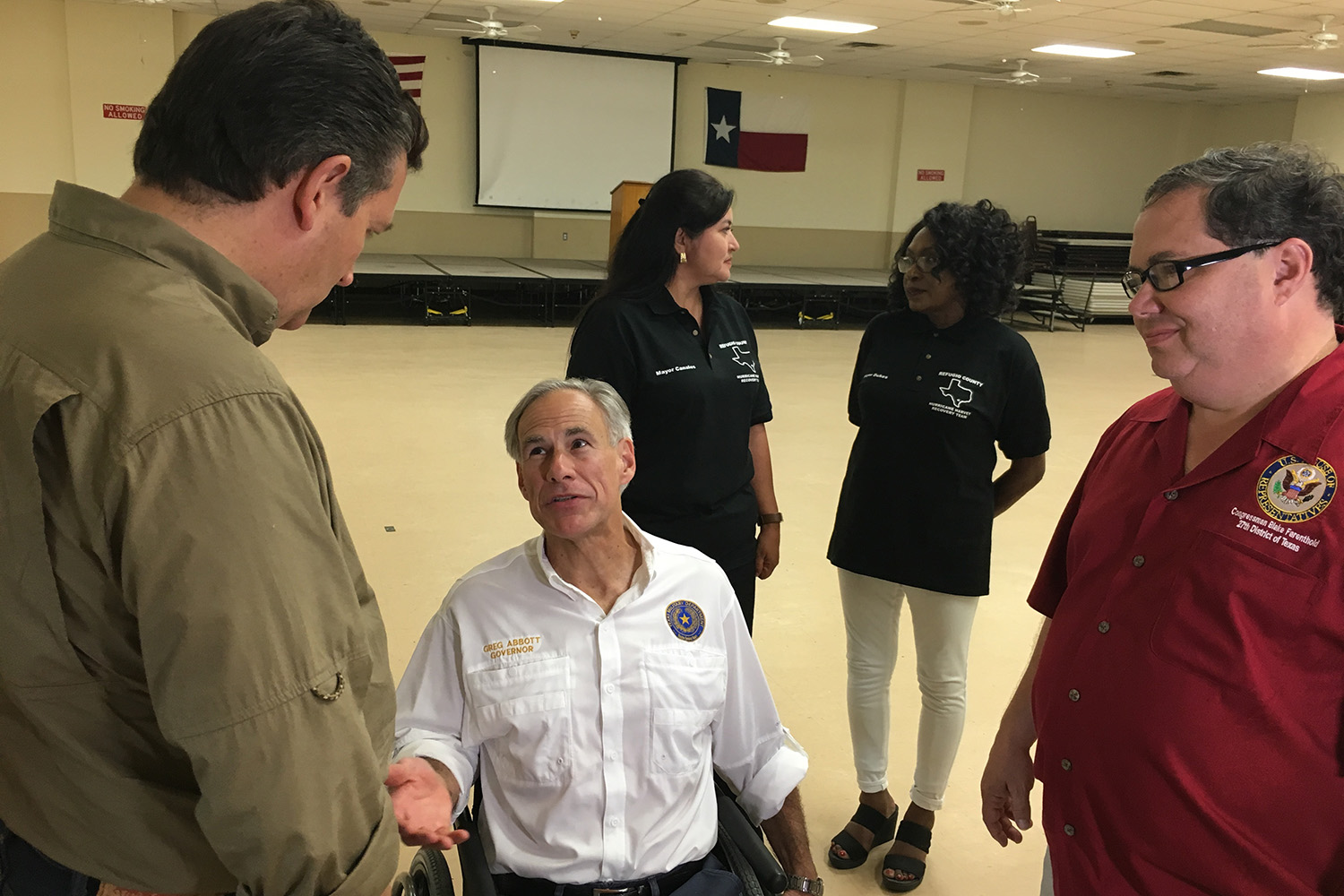 "I think the protesters got their way with the administration."