It was a newsy weekend at the Texas Tribune Festival in Austin, with big headlines on everything from the GOP's health care bill to the 2018 elections. Here's what you need to know:

• U.S. Sen. John Cornyn is a yes on the GOP's latest proposal for overhauling health care — but U.S. Sen. Ted Cruz isn't, yet. As Republicans in Washington are scrambling to rescue their last-minute attempt to repeal Obamacare, Cornyn made a pitch for the proposal — known as the Graham-Cassidy bill — in a joint session with Cruz and the Tribune's CEO Evan Smith on Sunday. But Cruz said he is still undecided, and that Graham-Cassidy didn't have his vote yet because it doesn't do enough to lower health insurance premiums.

• Cornyn also pledged to support Cruz for re-election in 2018. These two haven't always walked hand-in-hand; Cornyn previously passed on endorsing Cruz for re-election, and Cruz refused to back his colleague during the 2014 primary. But Hurricane Harvey changed things, Cornyn said, calling Cruz "enormously constructive" and mentioning a recent breakfast where they agreed to set aside their differences and support each other. Cornyn capped off the news by saying he also planned to run for re-election himself in 2020.

• Speaking of re-election, House Speaker Joe Straus told challengers to "bring it" in a conversation with Smith on Saturday. Straus' remarks came hours after news broke that state Rep. Phil King, a Republican from Weatherford and chairman of the House Homeland Security Committee, is running for the top slot in the lower chamber in January 2019. Seemingly unruffled by the news, Straus said he is confident colleagues will support him for a sixth — and record-breaking — term during the next legislative session.

• There were several more juicy tidbits over the weekend: Houston Police Chief Art Acevedo called on the Texas Legislature to help rebuild the city post-Harvey during a conversation with the Tribune's Editor-in-Chief Emily Ramshaw on Saturday. U.S. Rep. Beto O'Rourke, a Democrat from El Paso challenging Cruz in 2018, said thanks but no thanks to the possibility of House Minority Leader Nancy Pelosi helping him with his U.S. Senate bid, and also opened up on his past brushes with the law. U.S. Sen. Al Franken, D-Minnesota, on Friday said "we've still got to fight" the GOP's health care bill and discussed whether there is room in Washington for bipartisanship. Susan Rice, the former national security advisor, talked about the Iran deal, and ethics experts said President Donald Trump's White House was probably the most unethical administration they have ever seen. Did you miss any of it? Check out our liveblog and watch archived panels here.

• From Ross Ramsey: Politics can change as fast as the weather. Need proof? Look at Hurricane Harvey.

• Texans living in nursing homes are about to test a new system of voting during the state's constitutional election in November. But get this — the new state law will vanish in December, thanks to a mix-up this year at the Texas Legislature.

• Since we're talking about new laws, there's one now on the books aimed at keeping sex offenders out of college dorm rooms.

• President Trump's travel ban will now place a new set of travel limits on citizens from an expanded set of countries. (Politico)

• An 18-year-old student is running for the school board in Gatesville ISD. (Waco Tribune-Herald)

• With the program's fate up in the air, DACA recipients are scrambling to renew their work permits. (The Houston Chronicle $)

• Talks between the U.S. and Mexico on NAFTA are growing tougher, and Texans are kind of worried about what that might mean for their economic futures. (The Dallas Morning News $)

• Protesters at the Texas Capitol on Saturday marched against white supremacy and demanded the removal of Confederate statues. Two were arrested. (The Austin American-Statesman $)

• The success of the GOP's health care bill seems to be centered on winning over one hardline conservative. For now, U.S. Sen. Rand Paul, R-Ky., is far from supporting it — but there's still a chance. (The Washington Post $) 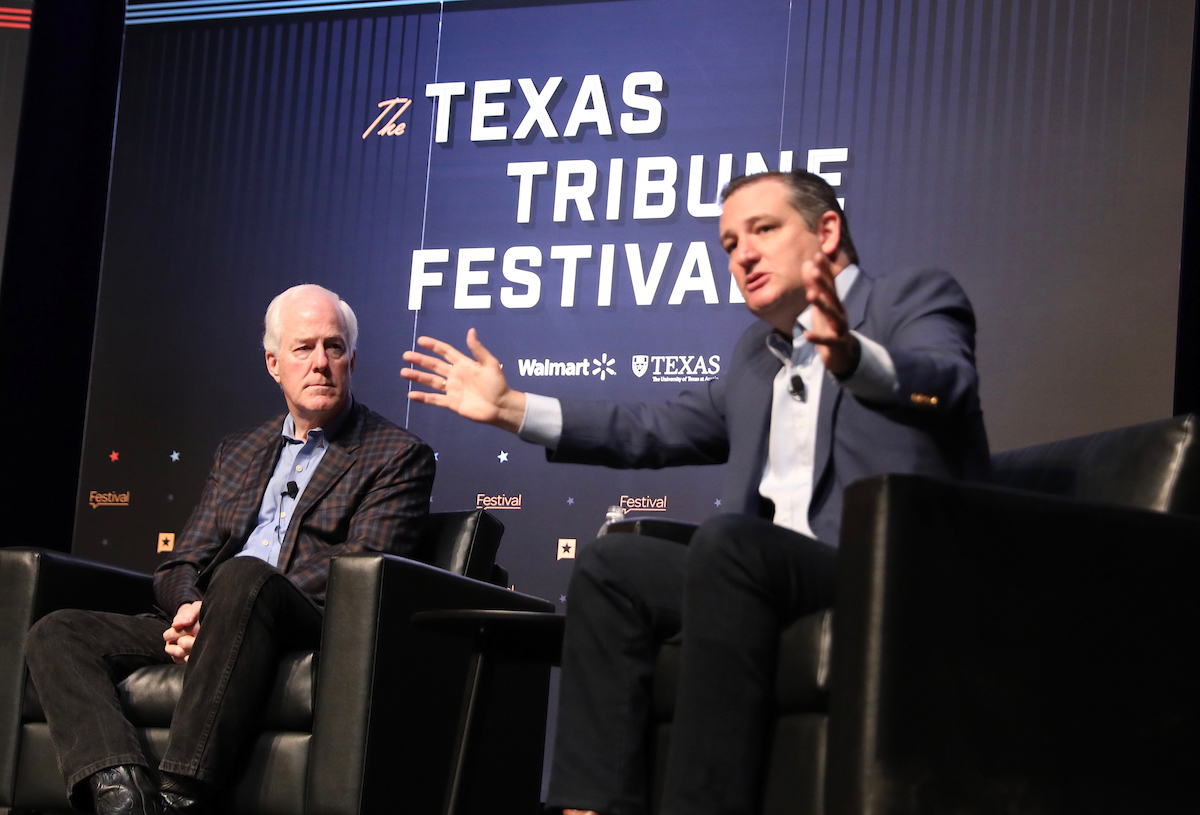 "I really fucked up, and I really made a huge mistake, but look at what I've been able to do in my life since then."

— U.S. Rep. Beto O'Rourke, D-El Paso, opening up on his past brushes with the law at the Texas Tribune Festival over the weekend in Austin.