Texans are still grappling with Confederate statues, some more prisoners in the state are getting a break from the sweltering heat thanks to Hurricane Harvey and GOP efforts in the U.S. Senate to repeal Obamacare could come back to life. Here's some news you might have missed over the weekend:

• The debate surrounding the removal of Confederate statues is still happening. After the city of Dallas removed a Robert E. Lee statue from a public park last week, a couple hundred people rallied over the weekend to support preserving those monuments. Unrest over Confederate figures in public areas reignited in August after a white nationalist rally in Charlottesville, Virginia, turned violent — and the sentiment is still alive and well. Cities across the state have already moved to remove Confederate statues; in the Panhandle city of Amarillo — home to around 200,000 — residents are debating the issue of Confederate figures' names on public schools and monuments. In Texas, Gov. Greg Abbott has agreed to discuss the future of Confederate iconography on Capitol grounds, and up in D.C., President Donald Trump has signed a resolution condemning white supremacy.

• The Harvey conversation isn't near its end either. One of the latest bits of news is the fact that around 600 additional prisoners in Texas gained protection from hot conditions in their cells thanks to the storm and an ongoing federal lawsuit. Also, the Environmental Protection Agency OK'd a request from Texas officials to hurry up funding for restoring water and wastewater systems damaged by Harvey. Flooding from the storm had a sweeping impact on those systems across the state — at least five public drinking structures were destroyed, 14 remain inoperable and at least 31 waste water facilities are out of order. While the problems facing Texas in Harvey's aftermath are far and wide, as Ross Ramsey writes in his column today, could it mean a political boon for Abbott?

• The GOP's attempt to repeal Obamacare could be coming back. Per POLITICO, Senate Majority Leader Mitch McConnell, R-Kentucky, is considering another crack at the Republican Party's longtime pledge to voters: Repeal the Affordable Care Act. Efforts to overhaul the law, commonly known as Obamacare, narrowly collapsed in July before Congress went on its summer recess; back then, both of Texas' senators — Ted Cruz and John Cornyn, the second-ranking Senate Republican — had invested political capital into the repeal. A Sept. 30 deadline is looming, and per POLITICO, no final decision has been made.

• The state's backlog on sexual assault kit testing has swelled for years, and driver's license applications will soon be asking Texans if they'd like to donate $1 or more to help combat that.

• It just got a little harder to get into the second-largest public university in Texas.

• Why has Waco ISD's growth remained flat for years as surrounding districts and charter schools continue to grow? (Waco Tribune-Herald)

• There's a world of confusion around DACA's future right now — but Austin-area immigrants are searching for options as the immigration program's end appears near. (The Austin American-Statesman $)

• A top Democratic donor has made a fortune suing insurance companies for homeowners after hurricanes. Here's his assessment of the legal landscape after Harvey and Irma.

• Harvey brought out the gentler side of U.S. Sen. Ted Cruz. (The Dallas Morning News $)

• His home flooded — but the mayor of Port Arthur still put his city first. (The New York Times $) 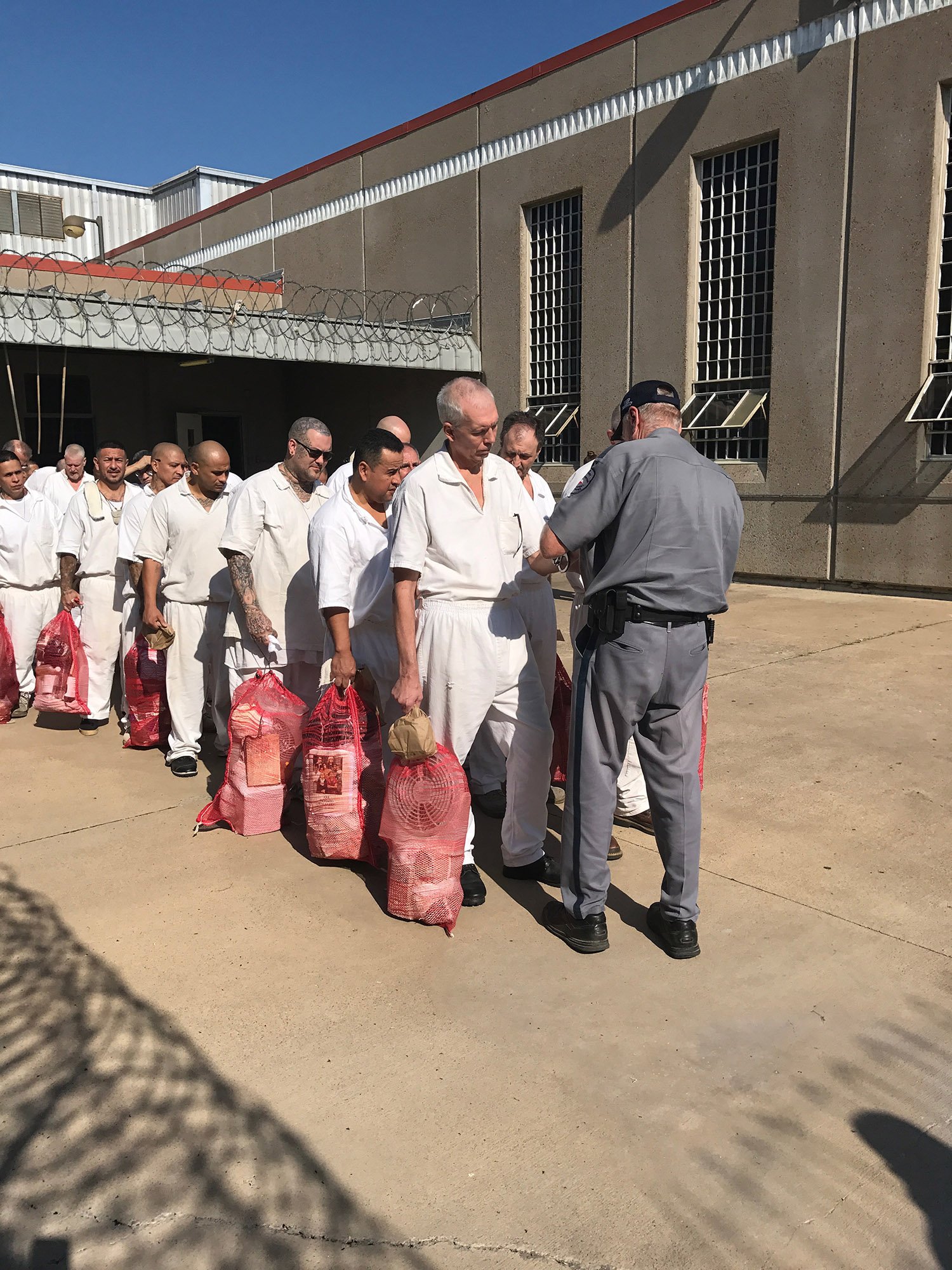 Inmates return to the TDCJ's Ramsey and Terrell units from the Estelle Unit on Sept. 16. Prisoners were evacuated from state prisons in Brazoria County in East Texas during flooding from Hurricane Harvey. Photo by the Texas Department of Criminal Justice. See more photos on our Instagram account.

"Compared to one of the biggest storms and disasters in state history, the social and governmental issues that had front-page attention in the summer are small beer."

— Ross Ramsey, on Gov. Abbott finding focus in the eye of Harvey.