Officials reported two explosions at a chemical plant in Crosby early Thursday morning around 2 a.m., according to the Houston Chronicle.

The Texas Tribune reported yesterday that an explosion at the chemical plant — owned by Arkema Inc. — was likely. Chemicals at the plant were heating up after a power loss.

More than 300 people were evacuated within 1.5 miles of the plant. Following the explosion, several Harris County deputies went to the hospital for inhaling fumes, according to the Houston Chronicle.

Officials are letting the fire “burn itself out.”

As Texans continued Harvey relief and recovery efforts last night, news broke that a federal judge in San Antonio had temporarily blocked the state's "sanctuary cities" law, which had been poised to go into effect Friday. Here's what you need to know:

• A quick refresher on Senate Bill 4, which was one of the most controversial bills the Texas Legislature passed during their regular session this spring: Among its provisions, it allows local law enforcement to ask people they detain or arrest about their immigration status, plus it seeks to punish local government department leaders and elected officials who don't oblige with federal immigration requests to turn over immigrants subject to possible deportation.

• What was blocked: U.S. District Judge Orlando Garcia issued a 94-page ruling Wednesday night, halting a portion of SB 4 that requires jail officials to honor all detainers and another that prevents any practice that "materially limits" the enforcement of immigration laws. Garcia also said local officials and law enforcement had provided "overwhelming evidence" that SB 4, if implemented, would "erode public trust" and make local communities less safe. Plaintiffs in the case who started challenging the law right after Gov. Greg Abbott signed it in May — the cities of Houston, Austin and Dallas, along with other local governments — cheered Garcia's decision, calling it a win for Texas and communities throughout the state.

• What wasn't: Garcia did not block a provision in SB 4 that allows local law enforcement to question a person's immigration status — but he did explain in his ruling that officers who ask such a question are restricted in what they can do with that information. For #txlege followers out there, arguments over this particular provision marked one of the tensest nights in the House during the regular session.

• Speaking of #txlege, Garcia mentioned in his ruling that overwhelming opposition to SB 4 at the Capitol this past spring played into his decision. Garcia took notice of the hours of emotional testimony and polarizing debate in both chambers, plus the numerous rallies and protests that happened against the measure during the regular legislative session.

• So the law's not going into effect Friday. What's next? The state is planning to appeal Garcia's order, which means the case likely will head to the U.S. 5th Circuit Court of Appeals in New Orleans. Two of the state's top leaders, Abbott and Attorney General Ken Paxton, expressed confidence that SB 4 will ultimately be found constitutional. "Today's decision makes Texas' communities less safe," said Abbott in a released statement. "Because of this ruling, gang members and dangerous criminals ... will be free to prey upon our communities."

• One of the big pictures here: Texas is now 0-5 in federal court rulings over the past couple weeks. The state has appealed or plans to appeal most of those decisions from lower federal courts — including everything from the state's political maps to its new voter ID law. Now, they're adding SB 4 to that list.

• Vice President Mike Pence will be in Corpus Christi this afternoon to "visit with those affected by Hurricane Harvey and assess the damage," per a White House press release. Gov. Greg Abbott, Energy Secretary Rick Perry, U.S. Rep. Blake Farenthold, R-Texas, and other federal officials are set to join Pence.

We've got loads of #Harvey coverage as rescue efforts continue in Southeast Texas:

• Start with our updated list on how to get — and offer — help after Harvey. We'll be updating this through Friday; tell us what we're missing and we'll make sure it's added.

• Next, read up on what you may have missed yesterday. Harvey may be on its way out, but the state — particularly Houston — has a long road to recovery ahead. Here's a look at how much rain has been dropped on Texas in recent days.

• Are you still confused about that new Texas law that's given some good reason to think they should file insurance claims by Friday. This quick explainer about filing those Harvey-related insurance claims should clear things up.

• Harvey's effects are being felt statewide: A San Antonio man's execution has been delayed because of the storm; college students are having a hard — and in some cases impossible — start to their fall semester; and the state's agriculture has been disrupted, upending the lives of farmers and ranchers across Texas.

Translators are helping in Harvey aftermath, too. (Texas Standard)

If there's anything U.S. Sen. Ted Cruz, a Republican, and U.S. Rep. Sheila Jackson Lee, a Democrat, agree on, it's the fact that Harvey recovery is a "bipartisan effort." (The Houston Chronicle $)

Williamson County has been helping with rescue efforts in Houston since Sunday. Travis County, on the other hand, held off until Wednesday — because Sheriff Sally Hernandez waited for a formal request. Webb County's response team is also headed to Houston to help. (The Laredo Morning Times and The Austin American-Statesman $) 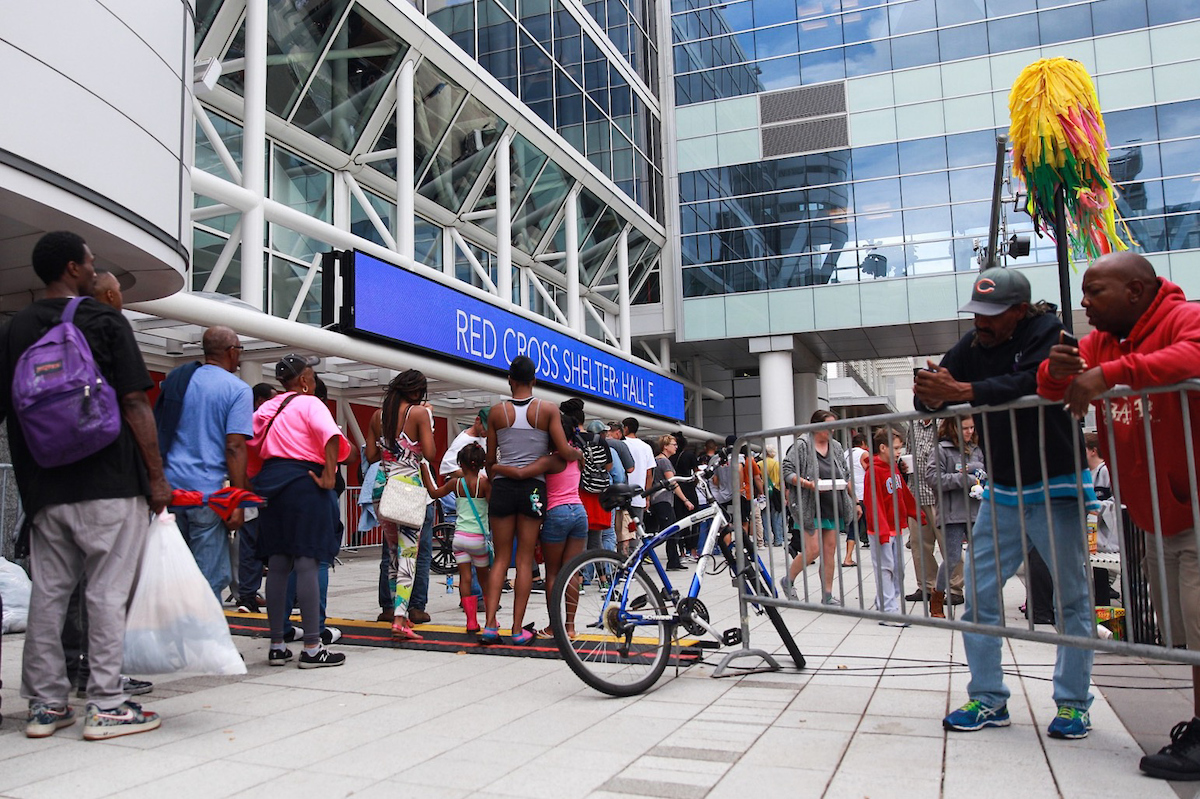 Evacuees waited to check in for shelter at the George R. Brown Convention Center in downtown Houston on Aug. 30. Photo by Pu Ying Huang for The Texas Tribune. See more photos on our Instagram account.

"It's difficult to get back into the swing of things when you can't even go to the store to get meat to make your grandpa dinners."

— Kristen Cole, a junior at Texas A&M University, whose college semester so far has been impacted because of Harvey.