Summer is over and it's back to work for the Texas Legislature one week from today, Gov. Greg Abbott officially proclaimed Monday, summoning state lawmakers to Austin's pink dome to work on legislation they didn't pass during the regular session. Here's what you need to know:

• First things first: Lawmakers must first pass legislation extending the life of five key governmental agencies in the state before they can work on other stuff — such as the high-profile #bathroombill regulating which restrooms transgender Texans can use and property tax reform. Abbott's proclamation also opened the floodgates for legislators to file dozens of other bills not included in the upcoming agenda. “With today’s proclamation, and with bill authors already lined up for all special session items, I look forward to working with the House and Senate to finish the people’s business,” Abbott said in a statement.

• By all appearances, the governor is revving up for the special session — and he's using Twitter as an avenue to showcase meetings with lawmakers carrying the 20 items he's tasked the Legislature with passing. On Monday, Abbott tweeted photos of meetings with legislators over everything from extending the state's maternal mortality task force to preventing mail-in ballot fraud. Abbott has used social media to get his message out before; just glance back to May, when he signed the "sanctuary cities" ban — one of the most controversial bills the Legislature passed during the regular session — via a live video broadcast on Facebook.

• "The Senate is prepared to hit the ground running," said Lt. Gov. Dan Patrick, who heads the upper chamber, in a statement after Abbott's announcement, adding that the special session "agenda has strong support from the people of Texas." Compare Patrick's statement to comments House Speaker Joe Straus, a Republican from San Antonio, made in a recent New Yorker piece, suggesting lawmakers weren't obliged to pass all of Abbott's 20 items: "The legislature is not obligated to act upon [Abbott's] agenda items within the thirty-day period." One week until the game begins, #txlege — start the countdown and watch play-by-play coverage by following us on Twitter and signing up for The Brief.

Give us your take: What do you think of the upcoming special legislative session? Tweet us with #MyTexasTake.

• The expected week-long trial over Texas' political maps continues today. The hearing kicked off Monday, when a trio of federal judges in San Antonio heard more than 10 hours of dense testimony from minority rights groups suing Texas over the state's House map. Arguments over the state's congressional map will happen later this week. In the meantime, read about how a voting rights battle in Pasadena could have statewide legal ramifications — the second story in our Lock the Vote series — and follow Texas Tribune reporter Alexa Ura for updates out of San Antonio.

• We asked, you answered — here are a few highlights from Monday's #MyTexasTake on redistricting: “Of course there’s a need 4 redistricting,” said @CassOMalley1. Another user, @HebronAggie, said, “The maps used for our TX Elections were drawn by the same three judges that found them discriminatory," and @Mtch4u21H said, "My feeling is 'One person, one vote.' If people don't vote, it shouldn't affect setting the maps." @shafferjb: “Go back to the pre trial 2012 maps and get impartial judges.” Thanks for your take!

• President Donald Trump has tapped another Texan to serve in his administration: Susan Combs, a former Texas Agriculture Commissioner and state representative.

• The CEO and chairman of H-E-B shelled out $50 million toward education efforts Monday, his second multi-million donation toward the cause this year.

Conaway's crusade: Getting to 'yes' on a budget to save the farm bill, Politico

Report: Loopholes allow polluters to get away with worsening air quality, Texas Observer

El Cenizo mayor risks it all in court fight, The Monitor

Rep. Roger Williams is back on track after June shooting at GOP baseball practice, The Dallas Morning News ($) 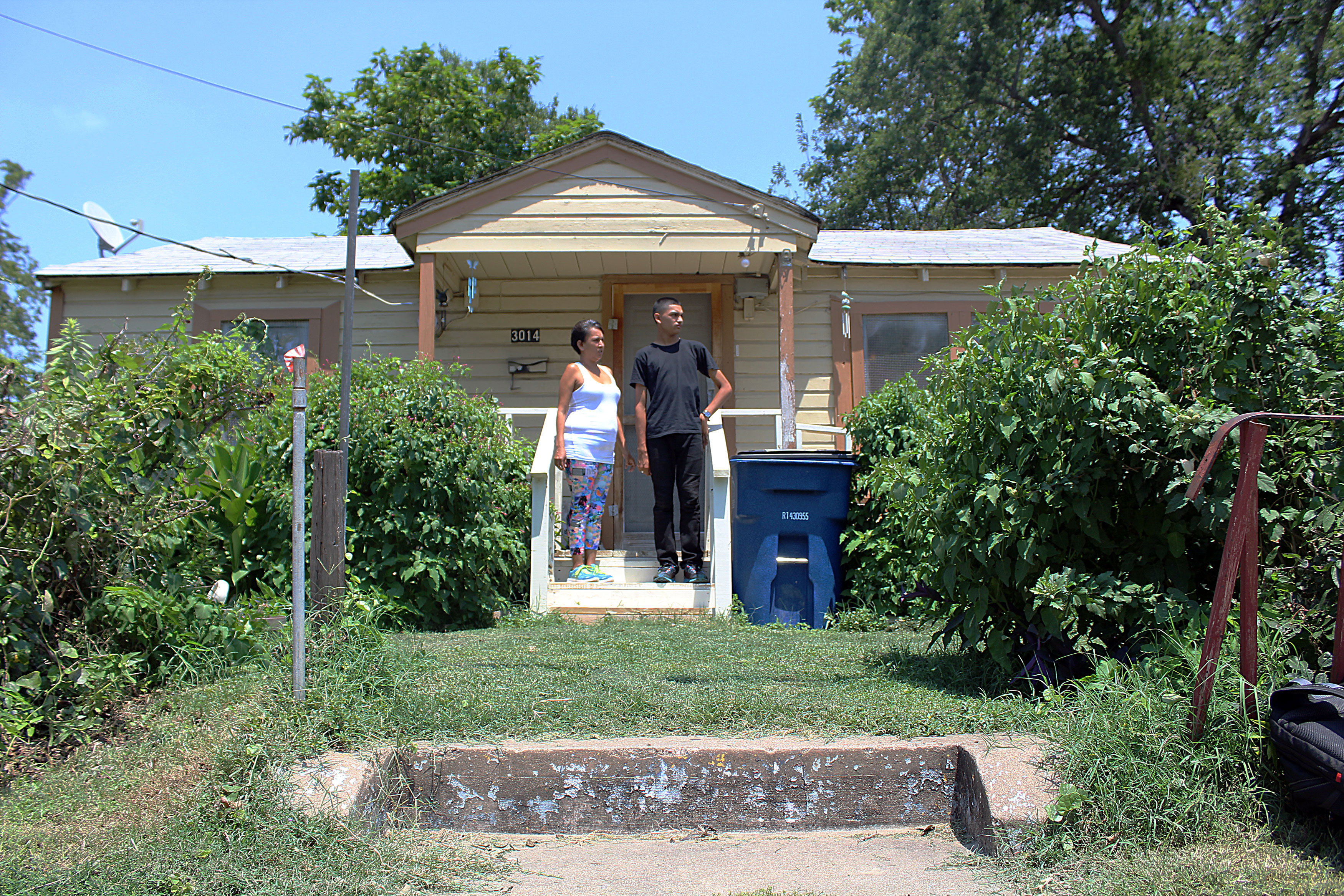 Noemi Pina, 43, and her 15-year-old son look at new apartments and townhouses going up from their porch. Legislation that would have helped Pina and families like hers living in or near gentrifying neighborhoods around Dallas failed to pass during the regular session that ended in May. Listen to Noemi Pina explain why her family has to leave their West Dallas home and how House Bill 2480 would have helped. See more photos on our Instagram account.

— Noemi Pina, a Dallas resident, about needing to relocate from her West Dallas neighborhood.