Round two on the "bathroom bill" begins at the Texas Capitol in less than one month — and only 44 percent of voters in the state think the issue is important, according to the latest University of Texas/Texas Tribune Poll. Here's what you need to know:

• Why is the issue headed into overtime? After the House and Senate failed to compromise on legislation to regulate restroom use for transgender Texans in the 140 days allotted for a regular session, Gov. Greg Abbott listed the issue — one that's been brewing in Texas for some time — as one of the 20 items he wants lawmakers to tackle starting July 18.

• Speaking of the upcoming special session: Property tax reform — another issue lawmakers didn't pass during the regular session — is also on Abbott's special session to-do list. The two chambers were at odds over how and when local governments could raise property taxes without voter approval. According to another response to the UT/TT Poll, 77 percent of Texas voters support new limits on local governments trying to raise taxes.

Texas voters on the "bathroom bill" 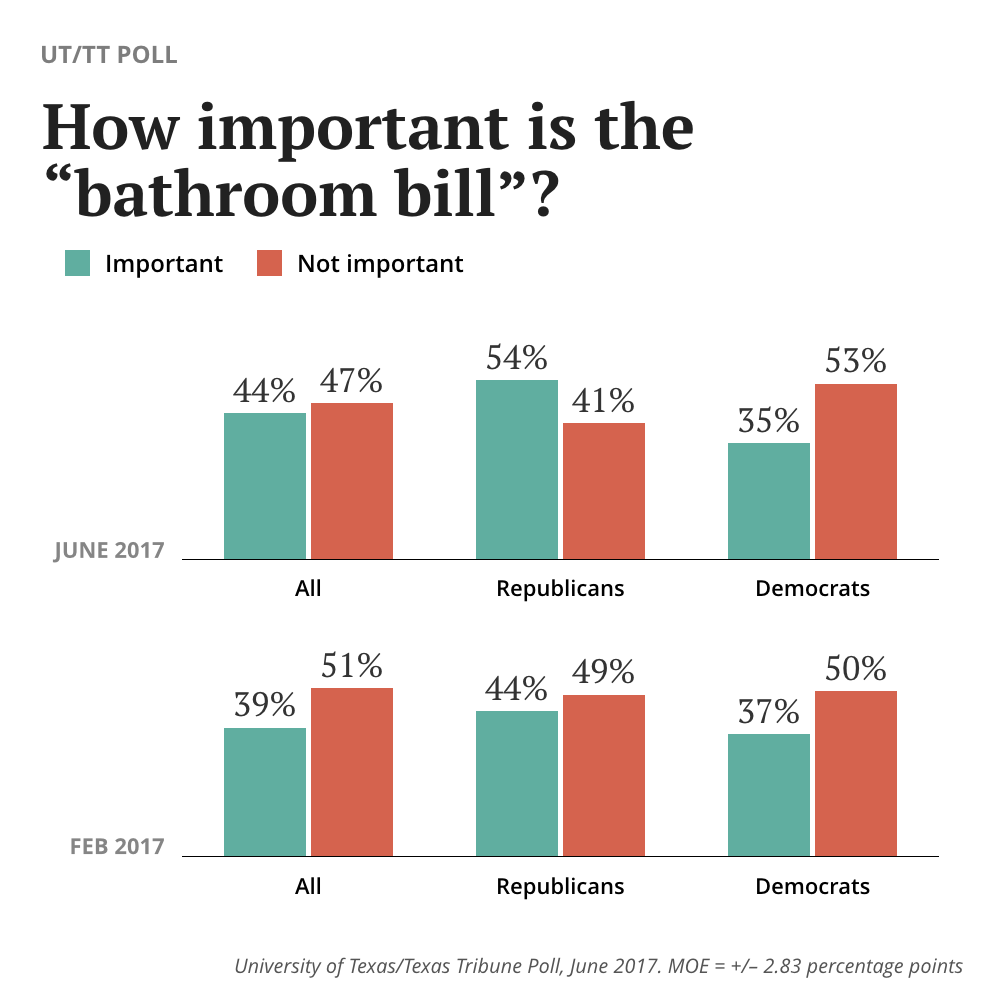 Now, your take: Do you think it's important for the Legislature to pass some version of the "bathroom bill" during the upcoming special session? Tweet us with #MyTexasTake.

Land Commissioner George P. Bush is promising supporters he'll announce "big news" Monday morning. He did not offer any hints in a text to supporters Sunday evening, but it's campaign announcement season, and the first-term land commissioner has previously said he plans to seek re-election in 2018. Follow Texas Tribune reporter Patrick Svitek for updates.

• U.S. Sen. Ted Cruz told The Texas Tribune that the congressional baseball shooting last week should be a "wake-up call to us all."

• Legislation that craft breweries in Texas said would limit their ability to grow was signed into law and went into effect immediately.

• A measure tightening state laws on child brides will go into effect Sept. 1.

How trucking companies forced drivers into debt, worked them past exhaustion and left them destitute, Corpus Christi Caller-Times 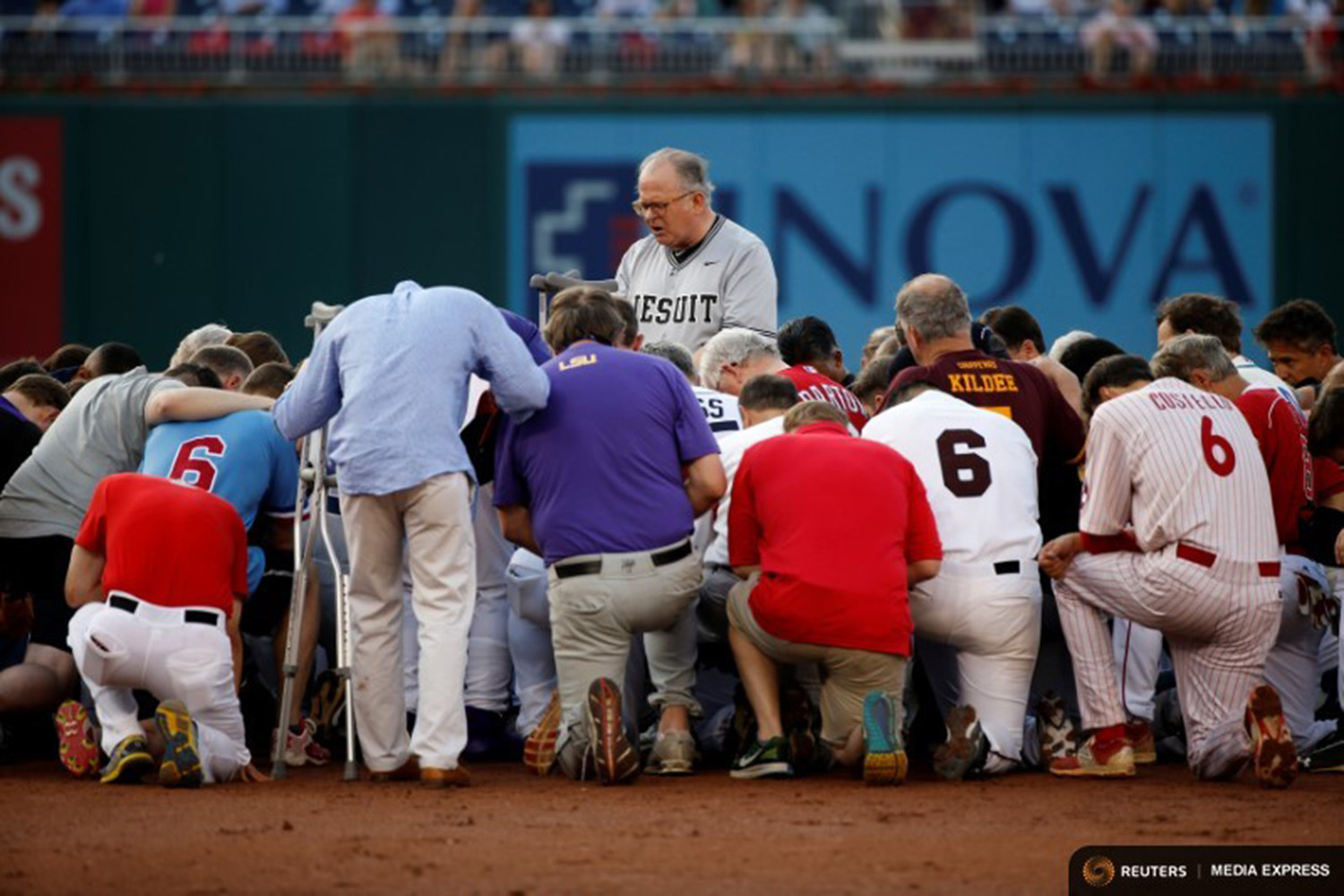 Patrick Conroy, Chaplain of the House of Representatives, leads Democrats and Republicans in prayer before they face off in the annual Congressional Baseball Game in Washington D.C. on June 15. Photo by Reuters. See more photos on our Instagram account.

"This is one additional example of why the Texas Ethics Commission should be renamed the Texas Compliance Commission.”