A series of political revelations about President Donald Trump and recently ousted FBI Director James Comey faced lawmakers as they returned to the U.S. Capitol Tuesday. From a Washington Post report that Trump shared highly sensitive intelligence about the Islamic State with Russian leaders, to another by The New York Times that alleged Trump asked Comey to halt investigations into former National Security Adviser Michael Flynn’s ties to Russia, here’s what some members of the Texas delegation have said so far:

• Some Democrats are suggesting a Trump impeachment. U.S. Rep. Al Green, D-Houston, was the first to call for the president’s impeachment Monday, with U.S. Rep. Sheila Jackson Lee, D-Houston, saying shortly after that impeachment could be a possibility. U.S. Rep. Filemon Vela, D-Brownsville, echoed Lee's remarks Tuesday, and said if the Times report was true, "We're getting close to a point where we need to start thinking about impeachment."

• Republicans, meanwhile, are either waiting to weigh in or are silent. "I'm going to wait and withhold judgment on what's been reported until I know the facts and circumstances — of what was said and what the context was," U.S. Sen. Ted Cruz told reporters Tuesday afternoon, urging patience and caution. U.S. Rep. Mike Conaway, R-Midland, repeatedly said he had no comment, and U.S. Rep. Randy Weber, R-Friendswood, said he needed to catch up on the news.

• Facing sky-high electricity rates, several West Texas churches hope lawmakers will answer their calls for relief in the final days of the Legislative session, but the odds look slim.

• From Ross Ramsey: Rumors of a special session are a normal feature in the last days of a regular session, but don't discount the Texas Legislature's ability to force one by failing to finish its work.

• After billionaire Warren Buffett met with top leaders in Texas, a bill granting him a loophole from protectionist auto laws seemed to be fast-tracked — until Tea Party activists found out about it.

• Some Canadian officials are upset with the "Buy American" iron and steel bill at the Texas Capitol.

• The Texas House passed a court security bill, named in honor of a state district judge who was injured by gunfire in an attack outside her home last year.

• The House sponsor of the Senate's Sandra Bland Act won't try to change the bill's language, after key provisions were taken out in the upper chamber.

• Lawmakers in the Texas House resumed efforts to curb the growing number of toll lanes in the state.

• Texas health officials want to restore federal women's health funding they gave up under the Obama administration to take a stand against Planned Parenthood.

• Texas lawmakers can avoid a special session if the House and Senate can pass two bills, House Speaker Joe Straus said in an unusual letter to Lt. Gov. Dan Patrick.

• The Texas Senate tentatively passed a tort-reform bill that would discourage property owners from suing insurers over weather-related claims.

• Leaders from El Paso, Dallas and Austin plan to fight the controversial "sanctuary cities" bill as soon as this week, according to local officials.

• U.S. Sen. John Cornyn announced he does not want to be considered to replace ousted FBI Director James Comey.

• Gov. Greg Abbott said the "sanctuary cities" ban would not open the door for people to get “pulled over and detained.”

• The Texas House passed a bill to provide about 50,000 officers with bulletproof vests.

• A House panel got heated during debate on a bill that would circumvent high-stakes testing.

• A bill to reduce license to carry fees in Texas has reached Gov. Greg Abbott's desk.

• A state appeals court put the securities fraud case against Attorney General Ken Paxton on hold as his lawyers try to get a new judge.

Human trafficking becoming a growing concern in Fort Worth, Fort Worth Star Telegram

May 19:  Join us in person or on our livestream as we wrap up the end of the session with state Reps. Rafael Anchia, Geanie Morrison and Matt Rinaldi to assess how the House did. 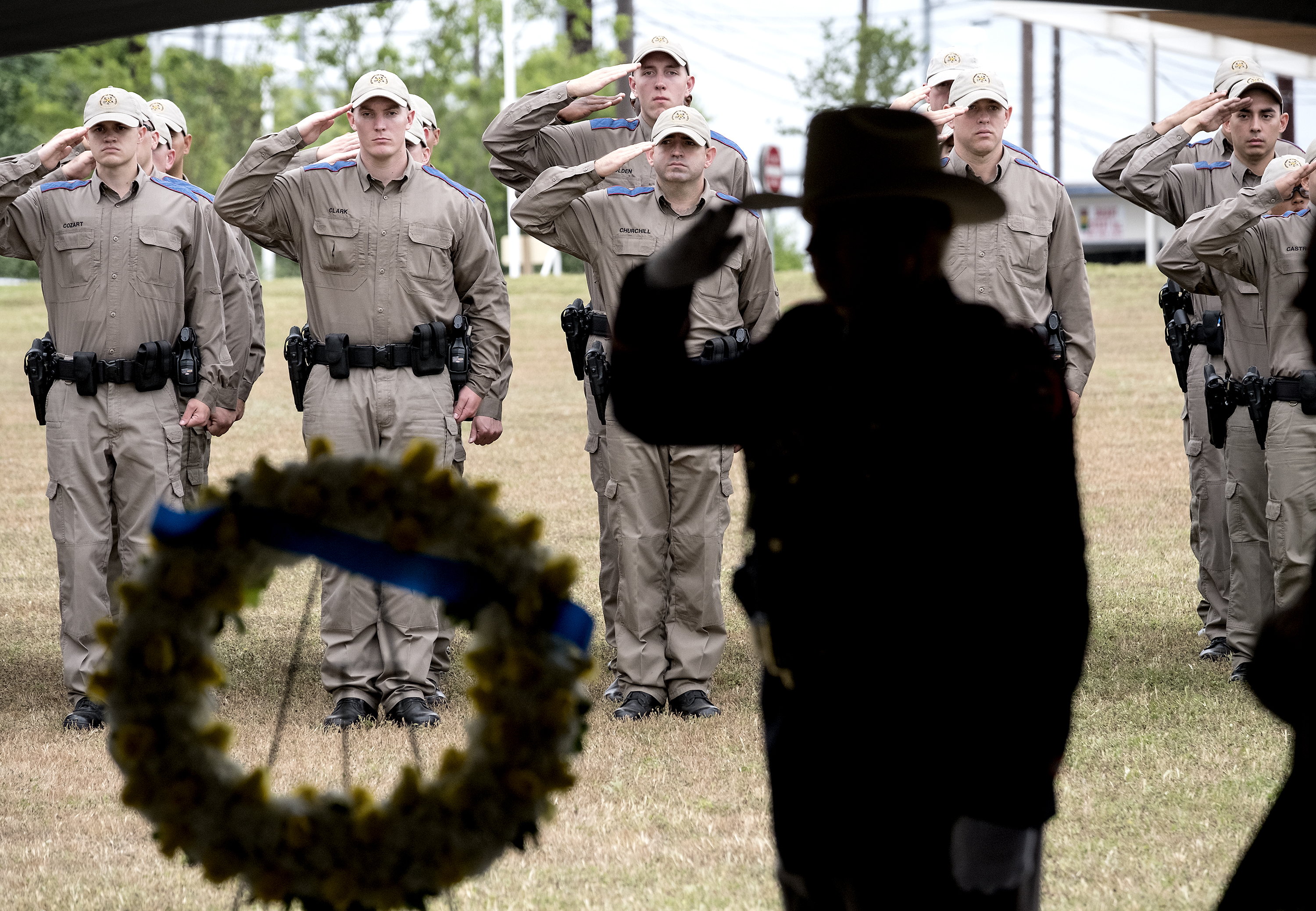 DPS officers salute fallen officers at the Texas Department of Public Safety Memorial Service on May 16 in Austin. Photo by Laura Skelding. See more photos on our Instagram account.

"Candidly, this pisses me off. You know how personal this is. The fact that you came up here to do this really irritates me."

— State Rep. Dan Huberty, R-Houston, while debating a bill that would that would circumvent high-stakes testing.