Editor's Note: If you'd like to get The Brief in your inbox every weekday, sign up here.

Analysis: At the Texas Capitol, a bill is merely dead, not sincerely dead
You might rejoice or bewail the death of a piece of legislation, but remember this time-proven adage: Nothing is really dead while the Texas Legislature is still in Austin.

Austin bar ends battle with TABC after agency returns crowler machine
A local Austin coffee bar has been fighting the TABC since 2015 for the right to sell crowlers, aluminum cans filled with draft beer and sealed with a pull tab lid. Legislators are trying to prevent similar conflicts in the future.

To beat Ted Cruz, Beto O'Rourke plans to throw out the Democratic playbook
No Texas Democrat has won a U.S. Senate seat in nearly 30 years or any statewide office since 1994.  But U.S. Rep. Beto O’Rourke is optimistic he can break the streak, in part by eschewing consultants, pollsters and PAC money.

The Senate State Affairs Committee is taking up several bills Monday concerning eminent domain. Some of the legislation is aimed at providing landowners with more information about their rights and how the eminent domain process works. On Wednesday, the Senate Transportation Committee will take up bills concerning one of the state's most controversial projects that relies on eminent domain: a high-speed train that would whisk Texans between Houston and Dallas in 90 minutes.

Is Beto O’Rourke On a ‘Suicide Mission’?, Texas Monthly

How Much People in the Trump Administration Are Worth, The New York Times ($)

Tomorrow, join us in person or online for a conversation on higher education in Texas with state Sen. Kel Seliger and state Rep. J.M. Lozano.

Later in the day, we'll talk about legislative issues with experienced community organizers at the W Austin Records Room. The event is part of the Tribune's On the Record series, geared towards helping Texans be better, smarter citizens. 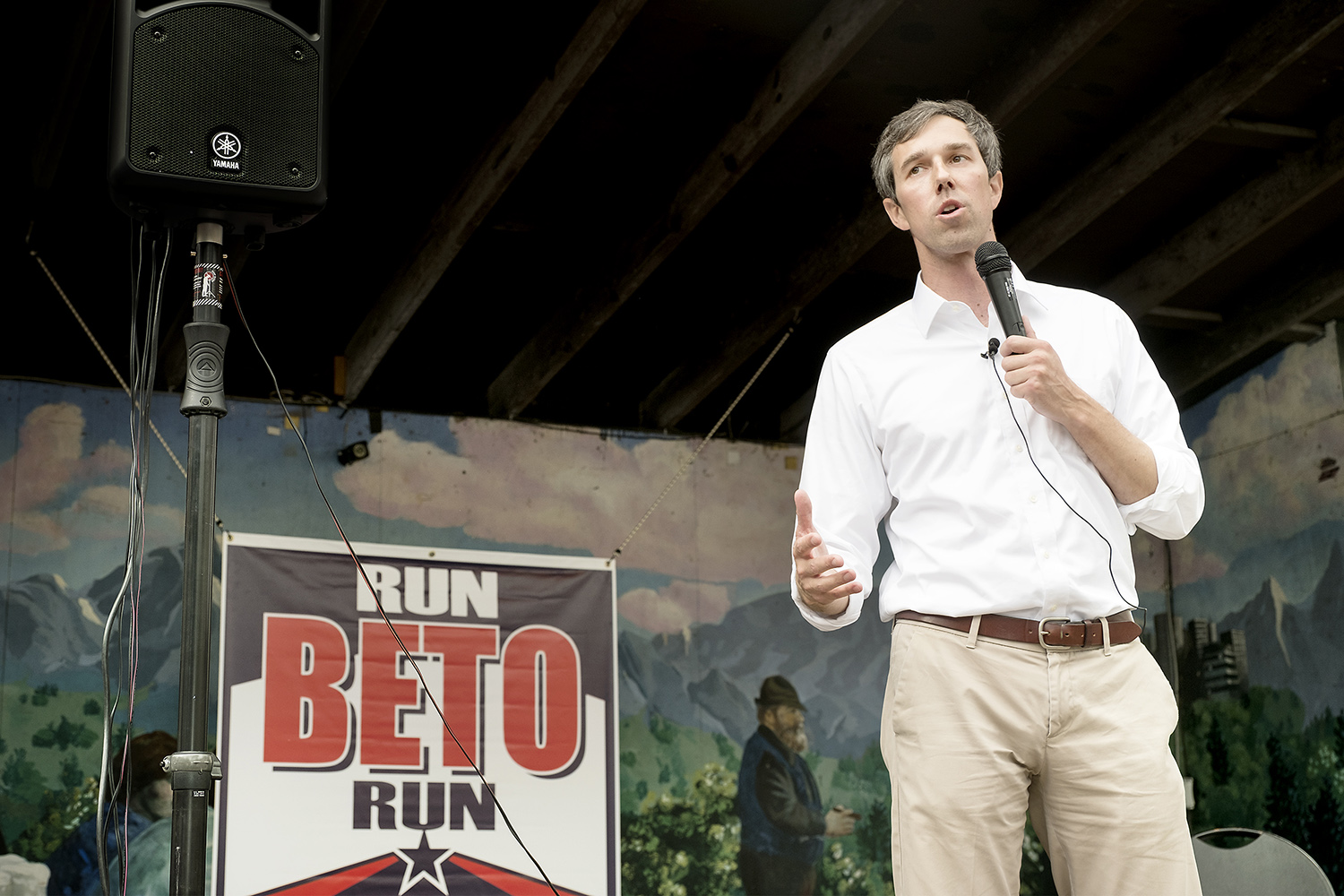 Congressman Beto O'Rourke, D-El Paso, speaks to a packed crowd at Scholz Garten on Saturday, April 1, 2017, in Austin, one day after he launched his 2018 Senate campaign. Photo by Laura Skelding for The Texas Tribune. See more photos on our Instagram account.

"If the proposed budget cuts of $850,000 are realized, nearly 1,900 teachers each year will lose access to the professional development and training that enables them to teach AP courses."