Liquor regulators partying on taxpayers' tab
Texas alcohol regulators know how to party: records show they've spent thousands of dollars to travel to swanky resorts where liquor flows and industry lobbyists abound. Now the state's top liquor administrator says she may have to disclose more about the money she's received from an industry-funded group.

Analysis: Is this Texas state budget trick constitutional?
The Texas Senate is proposing a new accounting trick to balance its 2018-19 budget. The contrivance would work, mathematically speaking, but it raises constitutional questions and faces derision from the House.

Instead of a border wall, some Texans want parks, solar panels or levees
As the Trump Administration moves ahead with its plans for a barrier just north of the Rio Grande, Texans are weighing in on how the president should approach the project. And the ideas range from the comical to the practical.

Rick Perry wades into student election at his alma mater (video)
Texas' longest-serving governor took time away from his new job as the U.S. Secretary of Energy to question the election that resulted in Texas A&M's first openly gay student body president.

State's legal foes seek new Texas congressional map for 2018
Groups suing Texas over its political maps have asked a federal court to ensure new congressional districts are drawn ahead of the November 2018 elections.

How a college student election got the attention of the energy secretary
Thanks to some glow sticks and a strict interpretation of election rules, the student body president election at Texas A&M University has gained national attention — and the suspicion of former Gov. Rick Perry.

Gohmert, Weber among holdouts as House postpones health bill vote
A landmark Republican overhaul to the country's health care system may have died Thursday. Three Texas Republicans were among those pushing for changes to the bill before agreeing to support it.

Yet again, lawmakers poised to do little to help sex-trafficking victims
When it comes to child sex-trafficking, Texas lawmakers are once again poised to focus on criminal enforcement this legislative session rather than providing resources to victims.

Straus agrees with Patrick on their different audiences
In a radio interview Thursday, House Speaker Joe Straus said Lt. Gov. Dan Patrick has a different audience than he does. "He’s an entertainer, a talk show guy. And a statewide elected official. I’m not," Straus said.

Records show officials from the Texas Alcoholic Beverage Commission spent thousands of taxpayer dollars attending meetings for the National Conference of State Liquor Administrators, an industry trade group that brings liquor interests and government regulators together at hotels and resorts across the nation. Here's what you need to know:

Should Texas turn off its red light cameras?, Fort Worth Star-Telegram

Trump the dealmaker projects bravado, but behind the scenes, faces rare self-doubt, The New York Times ($)

'Nobody' will lose health care under GOP proposal, Rep. Sessions says, despite estimates millions will, The Dallas Morning News ($) 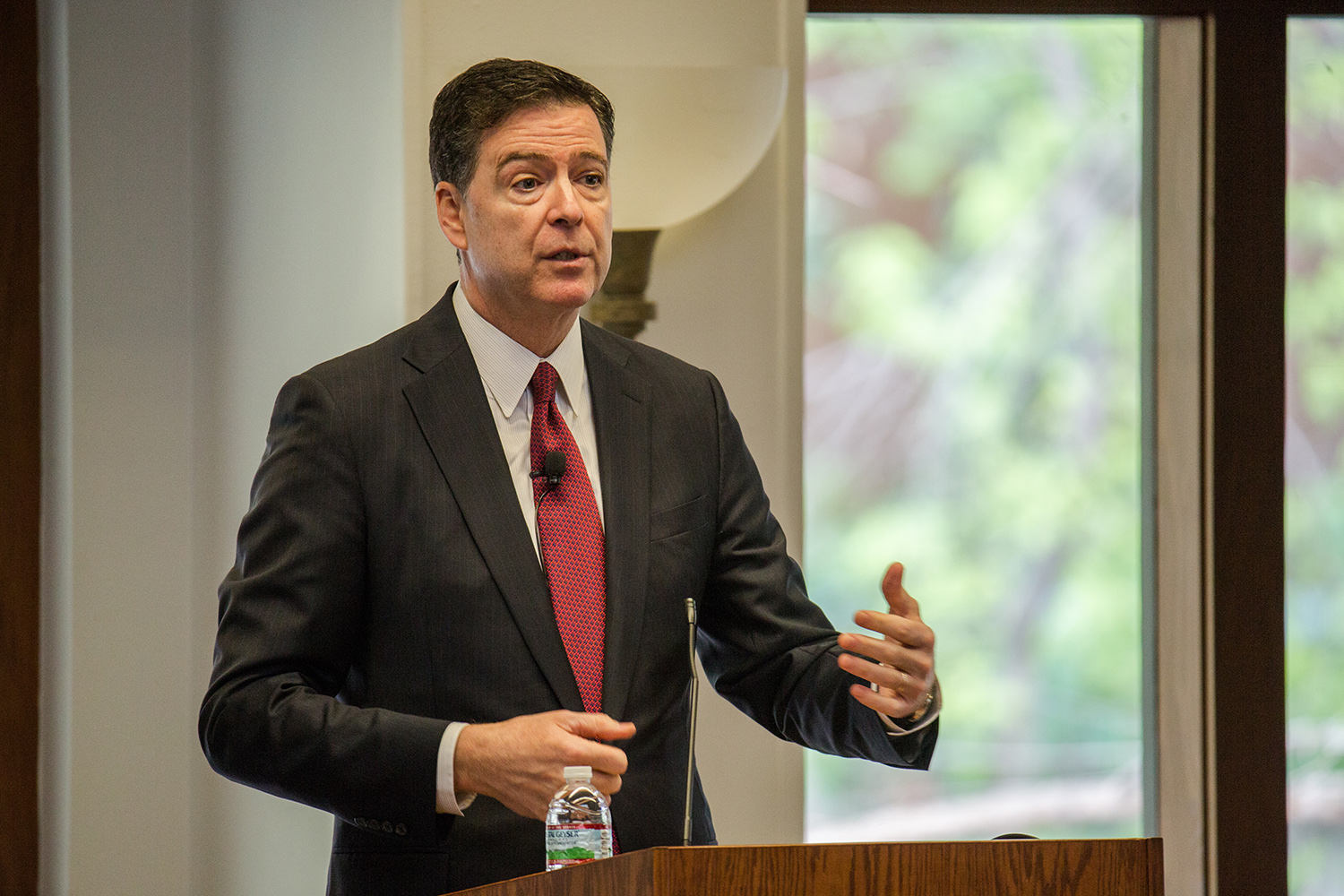 FBI Director James Comey spoke at UT-Austin for an Intelligence in Defense of the Homeland symposium March 23. Photo by Shelby Knowles. See more photos on our Instagram account.

"It hurts all children when we assume that one type of school is better than the others. Instead, we should be analyzing good schools — of any type — and learning from them."

— Kaitlin Barnes, a Houston ISD teacher, about the school voucher debate via TribTalk