By wading into energy policy, did Texas GOP chair break ethics law?
Texas GOP chairman Tom Mechler, an Amarillo oilman, insists that he wasn't lobbying when he asked the state to intervene in his clients' dispute with a pipeline giant.

Bill that would reduce handgun license fee headed to full Senate
A measure approved by a Senate committee would reduce the first-time fee for a license to carry a handgun from $140 to $40 and the annual renewal fee from $70 to $40.

Cruz: Gorsuch nomination has "superlegitimacy"
In opening remarks before the Senate Judiciary Committee, U.S. Sen. Ted Cruz suggested Neil Gorsuch was "no ordinary nominee" and that his nomination to the U.S. Supreme Court must be viewed in light of the 2016 presidential election.

The Senate Committee on Education is expected to hear testimony Tuesday on a bill that would subsidize private school tuition. The legislation — authored by Sen. Larry Taylor, R-Friendswood — is this session's leading "private school choice bill."

Meet Paige, our new Facebook Messenger bot! Message “hello” to m.me/texastribune to sign up for updates on the most important issues coming up in the 85th Legislature. 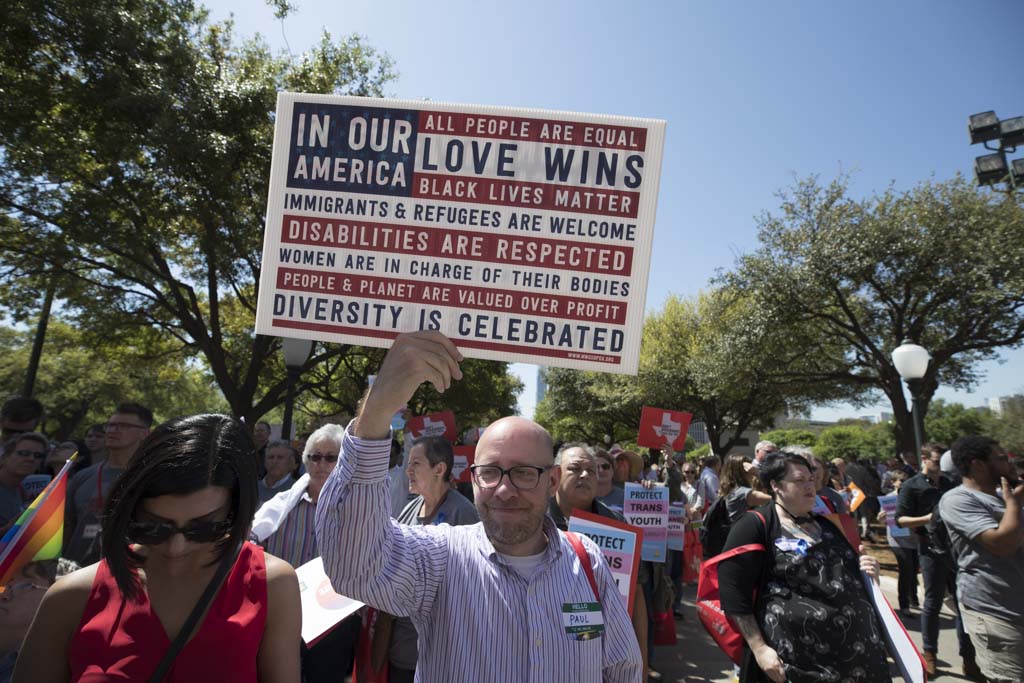 LGBTQ equality, civil rights and religious freedom groups gathered at the Texas State Capitol for the “All In For Equality Advocacy Day & Rally” on Monday afternoon. Photo by Bob Daemmrich. See more photos on our Instagram account.

"When individuals with severe mental illnesses enter the criminal justice system and are not appropriately diverted to treatment, the state runs the risk of executing innocent people. "

— Toni Rose, state representative for HD-110, about severe mental illness and the death penalty via TribTalk