Here’s how much Texas candidates spent per vote in the November elections
U.S. Rep Will Hurd, for example, spent big for his win, shelling out $29.12 per vote, among the highest in the state.

Analysis: Voucher opponent protecting Texas legislators from voters
Lawmakers rarely get blamed for votes that never take place, and that's the basis for one of the oldest protection rackets in the legislative toolkit: Killing a controversial bill before it comes to the full House or Senate.

Trump water directive cheered by ranchers, blasted by environmentalists
State leaders and agriculture groups applauded an executive order issued by President Trump on Tuesday that suggests the controversial "Waters of the U.S." rule finalized under President Obama could be reversed.

Top Republican counsels against secret taping
After unconfirmed reports that House members were recording private conversations with colleagues, the Republican who oversees internal affairs in the chamber said he's asked members to refrain from any surreptitious taping.

Still no timeline for withdrawal of state troopers on border, Texas DPS chief says
The director of the Texas Department of Public Safety told lawmakers on Tuesday the agency can't predict when it will be able to scale back its border security operations in the Rio Grande Valley.

Do you have information the public should know? Securely send documents, photos or info our way. Here's how.

What we're reading
(Links below lead to outside websites; paywall content noted with $)

Syrian peace talks flounder as participants ask: Where is America?, The Washington Post ($)

Join us in person or online for a symposium on public education at the University of Houston-Downtown on Friday. 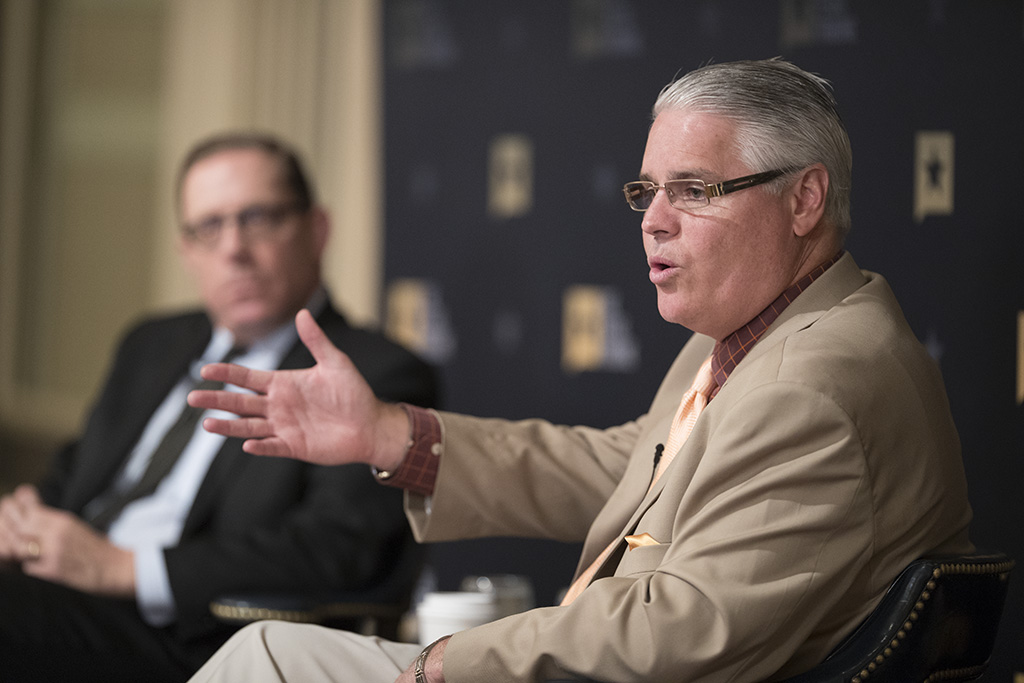 "While there appears to be a notable deficit of top-tier Democratic talent interested in challenging Republican Gov. Greg Abbott in 2018, Democrats have a surplus of candidates — Reps. Castro and Beto O’Rourke, D-El Paso — actively exploring 2018 challenges to Republican U.S. Sen. Ted Cruz."

— Mark P. Jones of Rice University's Baker Institute about the Texas delegation to the U.S. House via TribTalk