As lawmakers were sworn into office on Tuesday, they weren't alone.

Texans from across the state swarmed the Capitol to watch. Here's what some are hoping to see lawmakers accomplish this session.

'The U.S. has always been a land of immigrants'

Soumyadiptya Banergee, an Indian immigrant, said he is slightly worried about immigration bills that could make it harder for immigrant workers to be in the state.

"Just to be selfish, make immigration be easier for immigrant workers," he said. "The U.S. has always been a land of immigrants.” 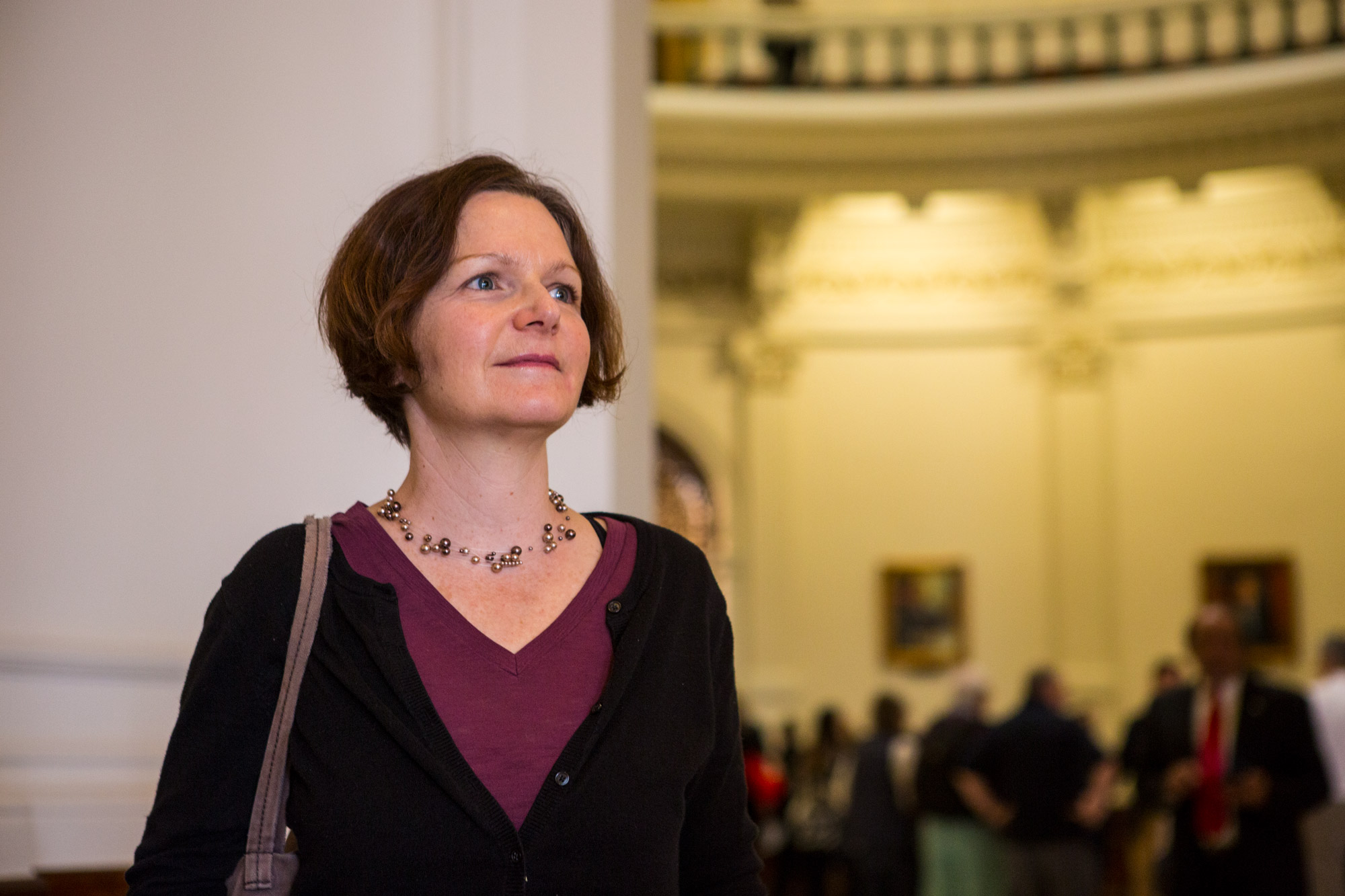 Laurie Filipelli is a member of Lit Ladies in Action, a group of writers interested in staying politically involved following the 2016 presidential election. She and another member of the group visited the Capitol to discuss school funding with Rep. Gina Hinojosa, D-Austin. Filipelli said her daughter’s public school does well because it is in a wealthy neighborhood, but said that’s not the case elsewhere.

"After the election, we were all like, 'We're a bunch of smart, articulate people. Let's do something,'" she said. "We're all interested in learning more about the legislative process because we want to be a presence in the session."

'Equitable treatment for people of all color by the police'

Janice and Rowland Curry and Anne Mund were at the Capitol on Tuesday to see what lawmakers have in store this session on issues including LGBT rights and criminal justice. They are members of the Methodist Federation for Social Action, an organization founded in 1907 to advocate for social justice.

Lawmakers "seem to get into other people’s business, especially on health care and women’s’ rights. I advocate for LGBT rights, women’s rights, everybody’s rights,” said Rowland Curry. They specifically cited the controversial Senate proposal that would require transgender people to use bathrooms in public schools, government buildings and public universities based on "biological sex."

Anne Mund also wants to see lawmakers abolish the death penalty. She knows it’s an uphill fight, and she said lawmakers should make progress on what she sees as an unfair treatment of minorities in the criminal justice system.

She said she wants "equitable treatment for people of all color by the police."

One issue in the spotlight for LGBT activists is the so-called “bathroom bill,” championed by Texas Lt. Gov. Dan Patrick and State Sen. Lois Kolkhorst, R-Brenham. The bill would require transgender people to use bathrooms in public schools, government buildings and public universities based on “biological sex.”

Read more about this topic:

Hazelwood and texting while driving

Bill Mahon is a veteran of the Vietnam War and member of the American Legion Riders in Waco. He said he’d like to see Texas lawmakers pass a statewide ban on texting and talking while driving.

“We have too many drivers with their heads up their ass talking and texting and killing motorcyclists,” he said in the Capitol rotunda. Legislation to ban texting and talking while driving has been filed by state Sen. Judith Zaffirini, D-Laredo, and state Rep. Tom Craddick, R-Midland.

A veteran, Mahon would also like the state to keep intact its Hazelwood program, which allows veterans to pass on their free tuition benefits to their children.

“If a veteran has been blinded or crippled or burned or just crazy, and he can’t go to school and put up with society, there’s no reason his kids shouldn’t benefit from the fact that he was damaged by going into the service.”

Bob Kafka is a member of ADAPT, a disability rights group. He hopes lawmakers find money in the budget to increase the hourly wage for state-funded home health providers for people with disabilities. He knows lawmakers are never excited about paying more for services but, he said, the disabled population in Texas is facing a dire situation.

'When some neighborhoods move up, other go down'

Charles Wiggins’ top priority this session is public-education funding. He said the state’s Robin Hood program, which takes property tax revenue from wealthier school districts and redistributes it to poorer ones, is in need of an overhaul. He said while some districts have improved under the program, others have reversed course.

“When some neighborhoods move up, other go down,” he said. “And you got to fill those potholes somehow. And I know it’s not easy.”

'Our kids need to be far more involved'

Edna de la Fuente and her students visited the Capitol during a break from a debate competition at the University of Texas. De la Fuente said exposing her students to real government procedures is great preparation for the future.

"If we want society to improve, our kids need to be far more involved, genuinely involved," she said. "This is a good way to get them started on being active citizens."

The current line to get upstairs to the House and Senate chambers. #txlege pic.twitter.com/bAuCeAXs6E

The Capitol was packed on Tuesday. Lines to enter the viewing galleries for the House and Senate stretched throughout the rotunda.  Many Texans took to social media to share scenes from the busy day.

Others watched from home.

Trying to watch streams of Sessions confirmation, day one of #txlege, and Intel testimony at the same time my MBA processor be like... pic.twitter.com/GzDoeIkF2Q