Texas is known for low voter turnout. Fewer than 2 million of the state's 19 million adults voted in last year's primaries, and only 4.7 million voted in the general elections.

Turnout is better — not great, but better — in presidential election years. In 2012, the general election in Texas drew nearly 8 million voters to the polls, or about 44 percent of the state’s adults. Voters didn’t turn in a stellar performance in that year’s primary elections, in spite of a spirited Republican U.S. Senate race between Lt. Gov. David Dewhurst and Ted Cruz, at the time a political greenhorn who was widely expected to finish at the back of a nine-candidate field. (Former Dallas Mayor Tom Leppert and Craig James, who made his name as a football running back, were the other two major candidates.) 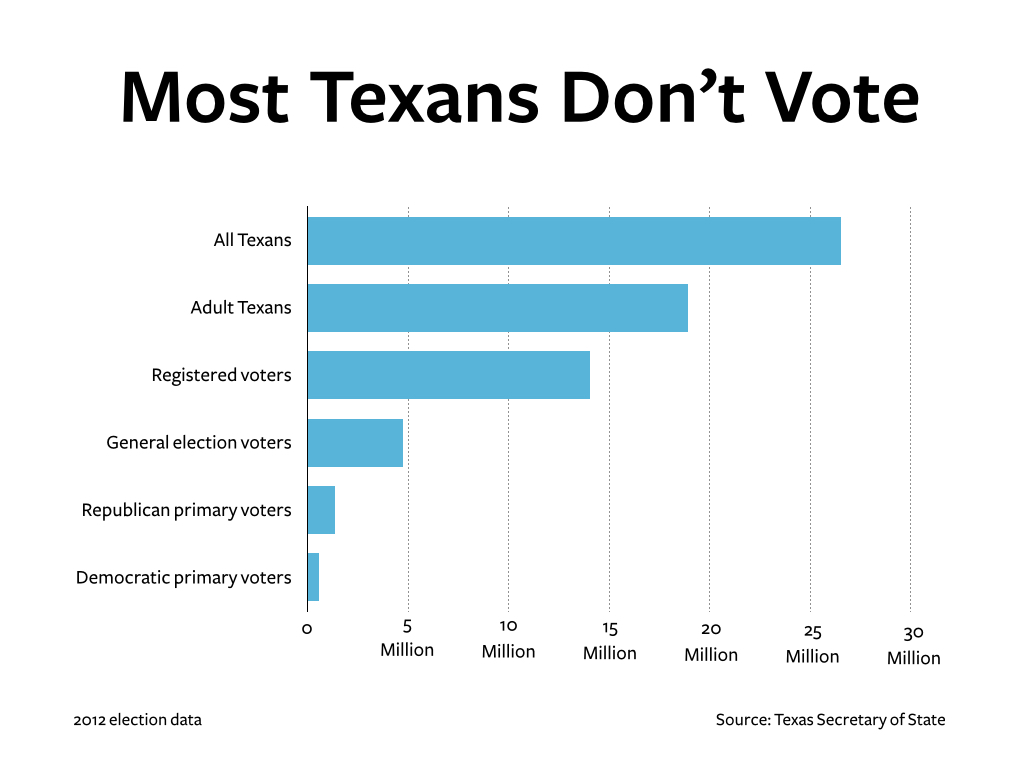 They never brought voters to a frenzy, if turnout is any measure of frenzies. And that year’s race for president was a nonstarter in both Texas primaries; Democrats were happy with President Obama, and Republicans had already settled on Mitt Romney, who hauled in 69.1 percent of the primary vote in Texas.

The state’s eligible voters are unmotivated, to be sure, but more of them show up when there's a fight, and they’re likely to see one in the 2016 primaries.

At this moment, well over a dozen candidates are seriously chasing the Republican nomination for president. And some of them will still be competing when the Texas primaries roll around in March.

Texas, uncharacteristically, could have a real say as to which Republican candidate gets the nomination. The generosity of large contributors to super PACs can keep lagging candidates alive even if they haven’t amassed a large number of supporters and small donors. One or two rich people can keep a candidate on the trail until the primary voting starts in 2016; not so long ago, many long-shot candidates would be culled before the voters had to make any decisions. 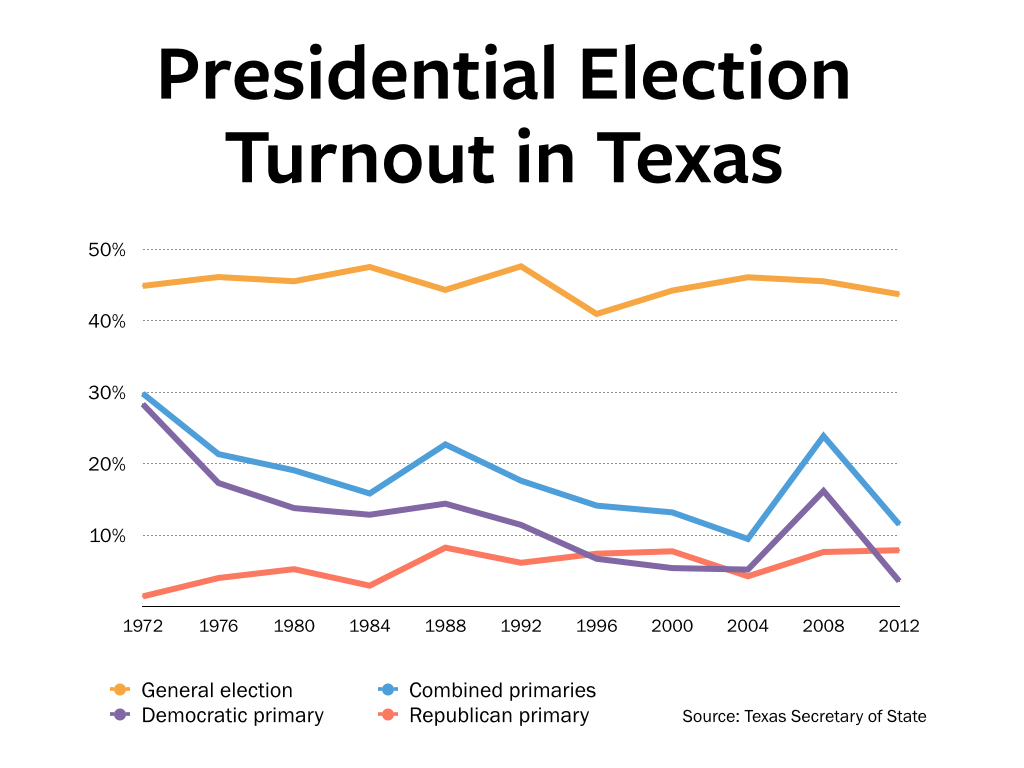 A consequential Texas primary was probably ensured by the sheer number of contestants. But the campaign finance quirk that keeps candidates alive into next year removes any doubt: Texas Republicans will have a say in who gets the nomination.

History suggests that will boost turnout. That’s what happened with the Democrats in 2008. That year, nearly 2.9 million Texans showed up to choose between Hillary Clinton and Obama — the first time more than 2 million Democrats showed up for a primary since 1972. Their recent history was worse: Democratic turnout didn’t break 1 million in any of the three presidential primary years that preceded 2008. And in the following primary in 2012, the Democrats reverted to normal, with 590,164 voters.

Democrats showed up for a fight in 2008, and their excitement boosted Republican turnout that year, too, even though other states’ primaries had already made it clear that that year’s GOP nomination would go to U.S. Sen. John McCain.

Maybe 2016 will be the year for a Republican boost. Voters are almost certainly going to see candidates battling for the nomination, touring the state and squeezing in as many commercials as TV will allow. GOP primary turnout in 2008 reached 1.4 million and surpassed that mark four years later.