In the days leading up to the release of the July semiannual campaign finance reports, the three leaders of state government — Gov. Greg Abbott, Lt. Gov. Dan Patrick and House Speaker Joe Straus — reported robust fundraising activity in those few days after the close of the legislative session in which they were allowed to again ask for donations.

All spent money in 2014 on various races, and to varying degrees, all spent time after locking up election rebuilding their campaign war chests. 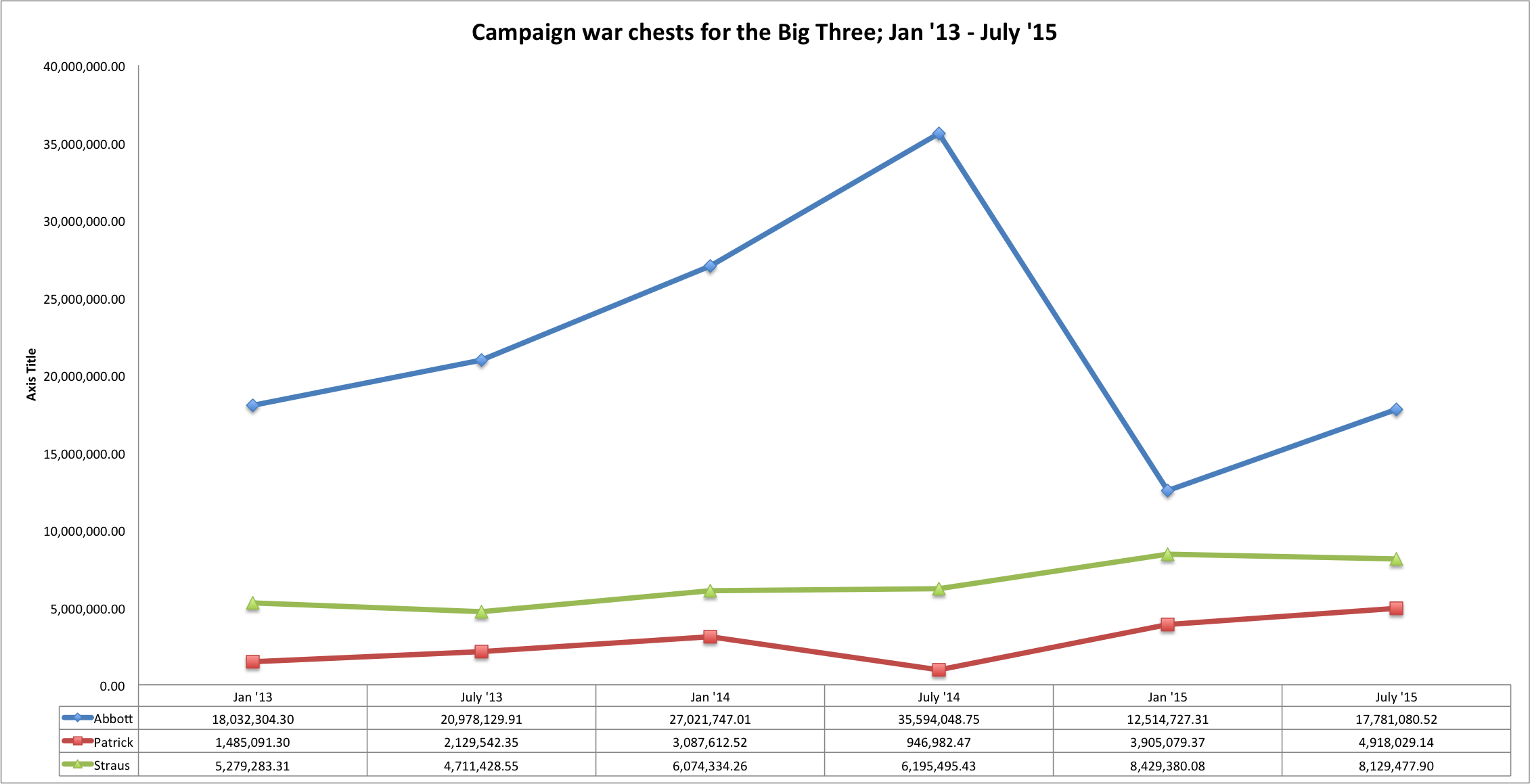 The most notable example is Abbott, whose campaign account skyrocketed from an $18 million balance at the beginning of 2013 to a stunning $35.6 million in the summer of 2014 in advance of the general election. He spent a big chunk of that balance on assuring his election as governor. By the beginning of 2015, he had $12.5 million in his account. By the end of June, that had climbed to $17.8 million, or in nearly the same spot he was two and a half years ago.

Patrick followed a somewhat similar trajectory, although he burned through his cash earlier in 2014 in dethroning David Dewhurst in the party primaries. Since the midpoint of that year, his campaign account balance has surged from a little less than $1 million to nearly $5 million.

Straus, meanwhile, has built more his war chest more steadily, beginning at $5.3 million in January 2013 and closing at $8.1 million this month.