The only thing missing on Republican state Rep. Dennis Bonnen last week was a letter jacket.

A day after deriding Lt. Gov. Dan Patrick in the press as a D.C.-style politician for moving the upper chamber’s version of a border security bill instead of Bonnen’s House bill, the Angleton Republican sauntered into the Senate chamber like the winning quarterback after the big game.

Senators joked that they didn’t want Patrick to see them standing next to him; just that morning, at a breakfast with the governor and House speaker, Patrick had complained about antagonism from Bonnen.

“I had some business to visit with the senators about,” Bonnen explained from his office this week, sporting an ear-to-ear grin. While he said he didn’t show up to jab at Patrick, Bonnen added, “it was fun.”

That Bonnen would deliberately cross an adversary’s path after a public spat should surprise few. Now in his 10th legislative session, Bonnen, 43, has developed a reputation for being a brawler with a quick wit and a sharp tongue.

It seems to have served him well. He’s a key member of House Speaker Joe Straus’ leadership team as the chairman of the powerful Ways and Means Committee. He’s in his second session as speaker pro tempore, a mostly honorary title that’s a sign of the speaker’s high regard for him.

And Bonnen has become a go-to mouthpiece for House leadership; he speaks freely and boldly without repercussions, and the votes for legislation like his sales tax proposal and his border security bill are indicative of how closely in step with him his House colleagues are. If he were out of line, someone would yank his leash. Nobody has.

“If somebody asked me what I am doing this session and what role I am trying to play,” Bonnen said, “it’s standing up for the House.”

In addition to carrying House Bill 11, the border security bill the Senate has ignored for more than a month, he’s been tapped to carry the House’s tax-cut proposal, a $4.9 billion relief plan that would lower sales taxes instead of the Senate-backed plan to provide property tax cuts.

If the border security issue was a shoving match between the chambers, the tax-cut duel is a knock-down fight. And Bonnen is in the middle of both.

“I simply laid out a plan that we had put time and energy and effort into thinking through,” Bonnen said of the House’s tax plan. “Within months you had a pretty strong attack from the lieutenant governor, and at that point you simply need to defend your position.” 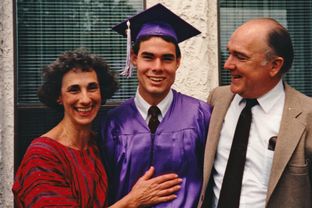 At the start of the session, many Capitol watchers viewed property tax cuts as inevitable given Patrick’s heavy campaigning on the issue and Abbott’s support for such a cut. Beginning in March, Bonnen led efforts to convince skeptical House members that a sales tax cut made more sense. Several major business groups boosted his efforts by arguing that the Senate plan was badly designed.

Patrick and Senate Finance Chairwoman Jane Nelson, however, have stressed the widespread unpopularity of property taxes as the reason why the Senate approach should win out.

“I have never had a constituent tell me they want to see a cut in sales tax, ever,” Nelson said recently. “I’ve had lots of constituents complain about property taxes.”

One Bonnen salvo in the tax-cut battle with the Senate was an April 25 letter showing that all but eight of the 98 Republican House members had signed on to his plan.

By April 28, when the two bills constituting the House’s official tax cut plan reached the House floor, Bonnen had brought a majority of the 150 members of the House around to his way of thinking.

“He sat down with me on a couple of occasions to answer my questions," recalled state Rep. Matt Krause, R-Fort Worth. "From the qualitative data, he was able to explain why this was a good thing to do to actually help the economy and help businesses and help Texans. I felt very comfortable getting behind it."

Michael Quinn Sullivan, an influential conservative activist who pointed to a University of Texas/Texas Tribune poll showing that more Texans are dissatisfied with property taxes than with sales taxes, said Bonnen “works hard and he doesn’t do trivialities well.”

“If there is anyone who could sell Texans on a tax cut they don’t want,” he said, “it’s Dennis Bonnen.”

Bonnen wasn’t always the centerpiece of such high-profile fights; there were some minor skirmishes along the way. He entered the Legislature in 1997 at the age of 24, the House’s youngest member. Ten years later, he was chairing the Environmental Regulation Committee, where critics alleged he had a deaf ear for any bills perceived as unfriendly to polluting industries in his district.

In 2009, Bonnen made waves during a floor debate when he said that Hispanic women were not traditionally encouraged to leave home after high school. He said this week that a Latina member of the 81st Legislature agreed with his assessment and told him as much.

“I wasn’t trying to be confrontational when I said that. I was frankly kind of offended and shocked at the reaction,” he said.

Bonnen concedes that he wouldn’t say such a thing today because he is more sensitive to how members might feel. But if he did, he added, their reaction would be different. “I think people would be more understanding and respectful that my intentions were sincere,” he said.

As he readies for more battles in the waning days of the session, Bonnen says he’s doing it with a new sense of maturity. He’s also developed a better relationship with the press, which he said is part of his evolution.

In previous years, “I didn’t have any interest to talk to the media and the media didn’t want to talk to me,” he said. “I represent a nice little district south of Houston, and I would jokingly always say, ‘My friends don’t care if I am in the Dallas Morning News or the Houston Chronicle or The Texas Tribune.' I just didn’t care. It was more immaturity on my part.”

Bonnen, CEO of Heritage Bank in Pearland, also now has a partner on the House floor who isn’t tied to leadership: His brother, Greg Bonnen, is the eldest of the four Bonnen siblings. The doctor joined the House in 2013.

“It’s been awesome,” said Greg Bonnen. “I just really enjoy it and we’ve always gotten along really well. It’s been a huge asset to me.”

Members of the press corps refer to Greg Bonnen as the “quiet one” or the “nice one.” Greg Bonnen said that’s a byproduct of his younger brother’s stamina and not his personality.

The brighter spotlight has also led some to speculate that Dennis Bonnen is positioning himself to be House speaker, which he says is an off-base assumption.

“I think it’s offensive to discuss a speaker when you have a speaker that’s doing a great job in the middle of a session and intends to be back,” he said. “I have no interest. I want to go home after 140 days and try and be a good father and a good husband.”