David Craig Pearson remembers the first time he felt the earth tremble beneath his feet. Mother Nature wasn’t to blame. The U.S. military was.

Pearson stood on the White Sands Missile Range, a sprawling base in south-central New Mexico, on that day some three decades ago. Federal Department of Defense workers fired off a weapons test. Pearson, then a wide-eyed doctoral student, recorded the earthquake it triggered.

“Since then, I was hooked,” he said in an interview.

Pearson went on to a ground-shaking career. His resume reflects 13 years at Los Alamos National Laboratory, which sent him many places where experts were blowing things up: Nevada (nuclear and chemical weapons tests), Wyoming and Indiana (coal mines), Kazakhstan (decommissioning a former Soviet nuclear test site), to name a few. He interpreted valuable information about how the ground moved.

In his latest gig, the 56-year-old is back on his home turf, expected to explain why some long-steady Texas towns have lately begun to shake.

More than two dozen earthquakes that hit Irving last month grabbed most recent headlines, but dozens more in the past few years have hit across Texas, most frequently atop North Texas’ gas-rich Barnett Shale. Most of the temblors were considered small, prompting no reports of major damage or injuries. But some residents claim the quakes have spawned minor problems, cracking walls, floors and foundations.

Mostly, the earthquakes have rattled nerves, fueling demands for investigation into whether the state’s oil and gas industry is to blame. After all, the tremors ramped up around the same time drilling did.

The Texas Railroad Commission, which jointly regulates and champions the state’s oil and gas industry, has turned to Pearson, who says he sympathizes with the jostled communities. 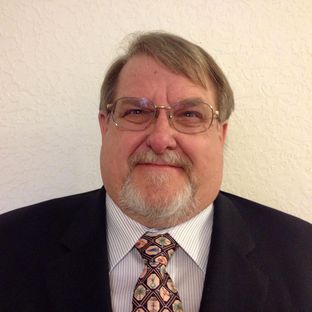 “I can’t imagine waking up to the earthquake if I’m not expecting one, if I’ve never felt one,” he said.

Last April, the agency named him Texas’ first state seismologist, its initial step in a series of careful responses to the phenomenon.

Since then, some Texans have heard Pearson’s measured testimony to city councils and state lawmakers, and read his op-ed in The Dallas Morning News urging them not to jump to conclusions. Some have undoubtedly wondered: Who is this bearded guy who looks uncomfortable in a suit and tie? And will his employer, which has been slow to acknowledge research linking the industry to earthquakes, give him free academic rein?

“I hope that we’re not just wasting money — that this does lead to some good science,” said Cyrus Reed, conservation director of the Lone Star Sierra Club. He and other Railroad Commission critics call its quake response encouraging — better than nothing — but wish it were stronger.

Since hiring Pearson, the agency has approved rules requiring companies to submit more information before drilling disposal wells, and clarifying that it could shut down a troublesome well if it wants to.

Scientists have known for decades that injecting fluid deep underground can trigger earthquakes, which are generated by slipping faults, or fractures. Experts say the injected fluids, at high pressure, can lubricate some faults, causing them to slip.

Amid an unprecedented oil and gas boom, many have eyed the proliferation of disposal wells — final resting spots for millions of gallons of wastewater from the drilling fields — as the likely cause of the recent spate of tremors.

In 2008 and 2009, a series of three earthquakes shook the Dallas-Fort Worth area with magnitudes as high as 3.3. Researchers at Southern Methodist University and the University of Texas at Austin concluded that local disposal wells were a “plausible" cause, though they found it “puzzling” that the tremors were concentrated in just one or two locations in a region that had more than 200 disposal wells.

In a study published in August 2012, Cliff Frohlich, a UT-Austin seismologist, found that most reliably located earthquakes in the Barnett Shale occur within two miles of one or more injection wells.

“I can prove that some earthquakes in Texas are caused by injection,” Frohlich said. “But any particular earthquakes could just have happened.”

Though Frohlich shared his research with the Railroad Commission years ago, it took a spate of earthquakes in the small towns of Reno and Azle in 2013 — and pressure from vocal residents — for regulators to address the issue.

(As of late Thursday, the commission’s website still read, “Texas has a long history of safe injection, and staff has not identified a significant correlation between faulting and injection practices.”)

When Frohlich first read the state’s want ad for a seismologist, he said, he was skeptical it would find a solid match. The pay — around $110,000 per year — looked low, and the job description was vague.

Then Pearson signed up.

Pearson — who goes by Craig — grew up in McCamey, a boom-and-bust oil town about 70 miles south of Midland. He earned his doctorate in geophysics from Southern Methodist University, studying under Brian Stump — still at SMU — who is leading a team that’s studying the latest Irving quakes.

Pearson also knows an awful lot about oil and gas, which his academic peers say makes him perfect for his new job.

“He can informally interact with the industry in ways that I can’t or you can’t, and a railroad commissioner can’t,” Frohlich said.

Shortly after high school, Pearson worked a hodgepodge of oilfield service jobs for Halliburton, and in 2006 he left Los Alamos Labs to manage a family ranch in Upton, Crockett and Reagan counties, where, among many duties, he handled oil and gas contracts, according to his personnel file with the Railroad Commission. There he earned $130,000 each year.

When the state job opened up, he said he jumped at the chance to straddle the worlds of petroleum and seismology.

“I’m absolutely engaged with trying to figure out the cause of all earthquakes throughout Texas,” Pearson told The Texas Tribune. “I’m a scientist first, and a Railroad Commission employee second.”

Pearson spends much of his time working close to home in West Texas, he said, on-call 24-7 with Austin. He checks U.S. Geological Survey websites each day and reads new research, which he can explain to his bosses in layman’s terms. He reviews the commission’s regulations for disposal wells, and had a heavy hand in updating them.

And when those quakes hit the site of old Texas Stadium last month in Irving? He went there to inspect the nearby oil and gas sites. Because the nearest active disposal well to the epicenter of the Dallas quakes is 10 miles away, and two nearby gas wells are inactive, he said he finds no industry link – “not even a small possibility,” based upon current information.

“I don’t want people to overreact before learning all the facts,” Pearson said

The explanation isn’t good enough for some agency critics, who won't buy any assessment that comes out of an agency that so reluctantly responded to the problem. That includes Zac Trahan, the statewide program director at Texas Campaign for the Environment, who said believes the agency hired Pearson simply to “paper over” the quake issue – pretending to act while doing little.

But Frohlich said there’s no reason to doubt the commission’s hired gun.

“People like myself trust Pearson. I may not always agree with everything he says,” Frohlich said. “He clearly is working hard to understand the science of things. He has the background, and he’s capable of that.”

Disclosure: The University of Texas at Austin is a corporate sponsor of The Texas Tribune. Southern Methodist University was a sponsor in 2013. A complete list of Tribune donors and sponsors can be viewed here.