The Texas Commission on Environmental Quality voted Wednesday to refer protests over the proposed Lower Bois d'Arc Reservoir in northeast Texas to the State Office of Administrative Hearings. That means the project will be debated in a contested case hearing before an administrative law judge, a process that could take several months.

Texas regulators on Wednesday will consider a proposal for a Fannin County reservoir that could be one of the last to be built in the state in the coming decades.

Dallas-area water planning officials are seeking the Texas Commission on Environmental Quality's approval to build the 16,500-acre Lower Bois d'Arc Creek Reservoir on a tributary of the Red River near the state's border with Oklahoma. The lake would create a new water supply source for the North Texas Municipal Water District, which serves about 1.6 million people — a customer base that is expected to double in the next 20 to 30 years. (Customers include Dallas suburbs like Plano, Richardson and McKinney.)

The proposed Bois d'Arc lake is one of a handful of reservoirs that water planning and policy experts think could still be built in Texas in the next several decades. After the state built dozens of lakes west of Interstate 35 following the historic drought of the 1950s, many are now less than half full, prompting planners to consider looking for water underground or focus more on conservation.

Environmental regulations for building reservoirs have increased since the Environmental Protection Agency was created in the early 1970s. That makes the projects more expensive. Another cost issue is buying up land, which is less easily available. On top of that, the water in Texas has already been over-allocated.

"Given 100 years of appropriating state water by the state of Texas, often, even if there was a great site left, you can’t literally find unappropriated water," said Martin Rochelle, who is representing the North Texas water district's bid to create the reservoir.

The water district and other Dallas-Fort Worth-area water planners say the Bois d'Arc reservoir is necessary to help provide water to a region that is exploding in population and running out of other options. Lake Texoma, which was a major water source for the area, was offline for years amid a zebra mussel infestation. 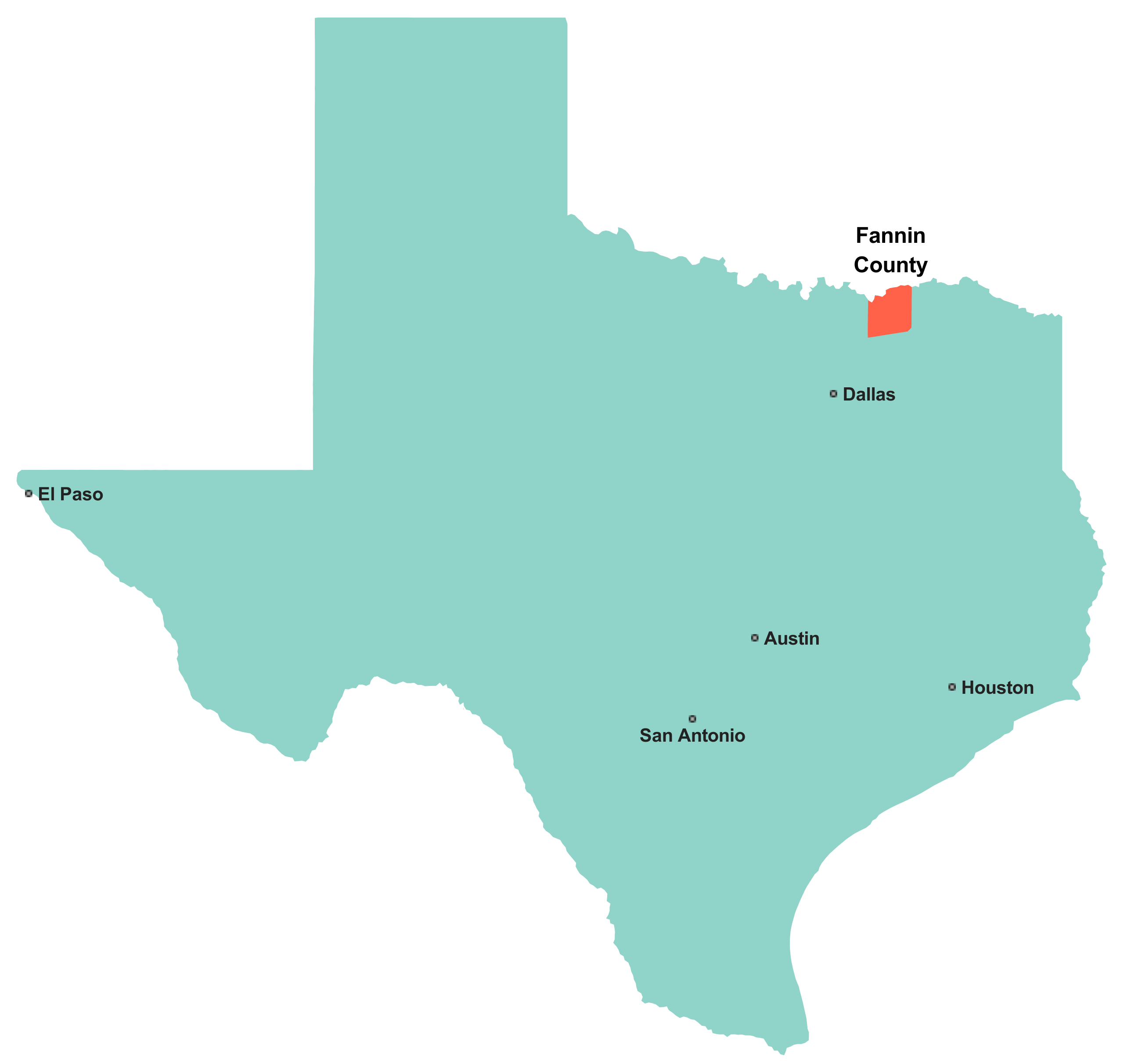 But environmental advocates and northeast Texas residents have argued that the Dallas-Fort Worth area needs to focus more on water conservation before embarking on expensive reservoir projects.

They also have concerns about the environmental impacts of Bois d'Arc, which Rochelle said would cost more than $700 million and take years to build. The proposed lake would replace a mix of farmland, prairie and forests. Rochelle said the district has already bought up most of the needed acres, but some other nearby property owners are protesting the project, fearing that they could still lose their land and that wildlife will be impacted.

"Land is Fannin County's most valuable asset," James Blaine, a landowner near the proposed Bois d'Arc reservoir site, wrote in a letter to the TCEQ opposing the project. "Land to farm, land to sell in the future, land for our descendants, land that is taxed for operation of the county and towns, and land to hunt and play on."

Another Fannin County landowner, Kenneth Hassell, wrote that the Bois d'Arc site "has the most fertile agricultural land in the county, making it unique in value and irreplaceable."

On Wednesday, the commissioners will consider whether to refer any of those concerns to an administrative law judge, in what is known as a contested case hearing. If that happens, it could be another year before the TCEQ decides whether to issue a permit, Rochelle said. If the permit is issued, it will take the district several more years to get the needed federal permits to start building.

Landowners in northeast Texas are also concerned about two other reservoirs slated for the region. A few months ago, the TCEQ approved a permit to build a 12,000-acre reservoir called Lake Ralph Hall, over the objections of the National Wildlife Federation. Flower Mound, which is among the cities that would receive the water from Ralph Hall, also opposed the project, saying it wasn't needed and would increase water rates.

Northeast Texas is also the target of Dallas-area water planners for a larger reservoir: the estimated $3.4 billion Marvin Nichols, which would be built just about 100 miles east of Ralph Hall and Bois d'Arc. The controversial proposal, which East Texas officials fear will destroy the timber industry in the region by flooding thousands of acres of forest, has led to lawsuits against the Texas Water Development Board and heated discussions between North and East Texas water planners. So far, it's unclear whether the reservoir will stay in the state water plan.

"The proposed Marvin Nichols reservoir will never be built. The environmental, financial and social costs of pursuing this grandiose project are simply too huge to ever make it viable," Ken Kramer, the water resources chairman for the Sierra Club's Lone Star Chapter, said at a water development board meeting in May.

Kramer said the Sierra Club dropped its opposition to Bois d'Arc last fall, when the North Texas water district agreed to pursue more aggressive water conservation and to commit to minimum streamflows in the Bois d'Arc creek after building the lake. But he said he expected it would be one of the last reservoirs to be built in the state.

Some planners disagree, pointing out that almost 30 reservoirs are mentioned in the state water plan to shore up Texas' water needs in the next 50 years.

But in a speech at the North Texas Water Summit this year, Gov. Rick Perry's legislative director, Ken Armbrister, cast doubt that most of those lakes would get built. He noted that one of the last completed reservoirs in Texas, O.H. Ivie, took more than 30 years to build. It is now only 17 percent full.

"The fact of the matter is, we're never going to build 29 reservoirs in the time left in this plan," Armbrister told the audience. "Politically, probably, three can get built. ... Well, which three? It's anybody's guess."