Early voting starts next week, so we asked the insiders what they think of several races, which offices will be the best launch pads for the next group of candidates and whether the losers in this year’s primaries will get another chance.

The endangered list — at least according to the conventional wisdom of the insiders — is topped by state Rep. Stefani Carter, R-Dallas, who faces a tough re-election bid in HD-102. Two other incumbents — state Rep. Jonathan Stickland, R-Bedford, and state Sen. John Carona, R-Dallas — are next on that list.

We asked about launch pads, and which offices serve as the best ones. Attorney general won in a landslide, followed by railroad commissioner and comptroller. The state’s top lawyer almost always runs for higher office, as do the folks who regulate oil and gas in Texas.

The worst place to start a bid for higher office? Congress, according to the insiders.

As always, we collected some comments as we went along, and a full set is attached. Here is a sampling: 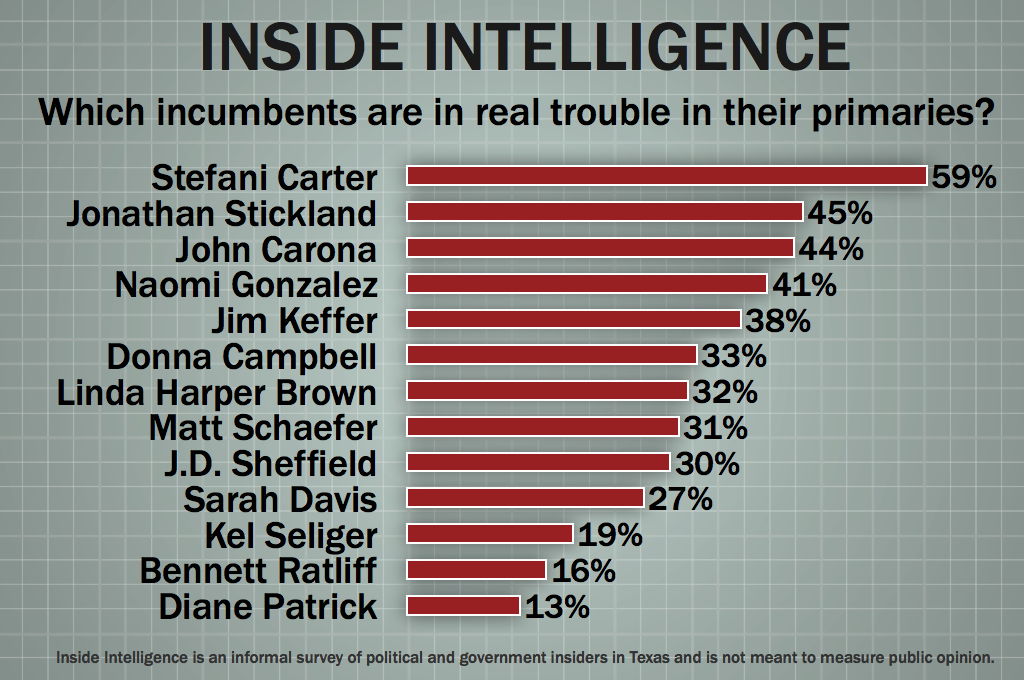 Which incumbent legislators do you think are in real re-election trouble in this year's primary elections?

• "In many cases 'real' trouble comes into focus in the rear view mirror.  I assumed Donna Campbell would be facing a huge challenge in February but now that we are here she is doing well and it seems like she is going to hold her seat."

• "It's safe to say that when you either abandon a core value of your party's platform, or you spend the first part of an election cycle running for a different job, you are probably at risk of being defeated in a primary."

• "The grassroots are eager to replace the OLD who refuses to listen to them. If they won't vote conservatively, then they're doing a poor job."

• "Ogle making HD 6 close, but Schaefer will win by single digits ... Hopefully that'll put him on notice. Campbell will be fine, but I'd rather deal with Elisa Chan any day. Koop is a way better candidate than Carter and I hope she wins. Also, I think Carter pissed off that district by bailing for RRC and coming back. Dumb move. LHB's time has come ... she's probably gone. Sarah is probably gonna be fine, but I think it's a serious challenge, and that’s too bad, cuz she's a good rep. Naomi is gone. Huffines is pissing people off with all the negative mailers" 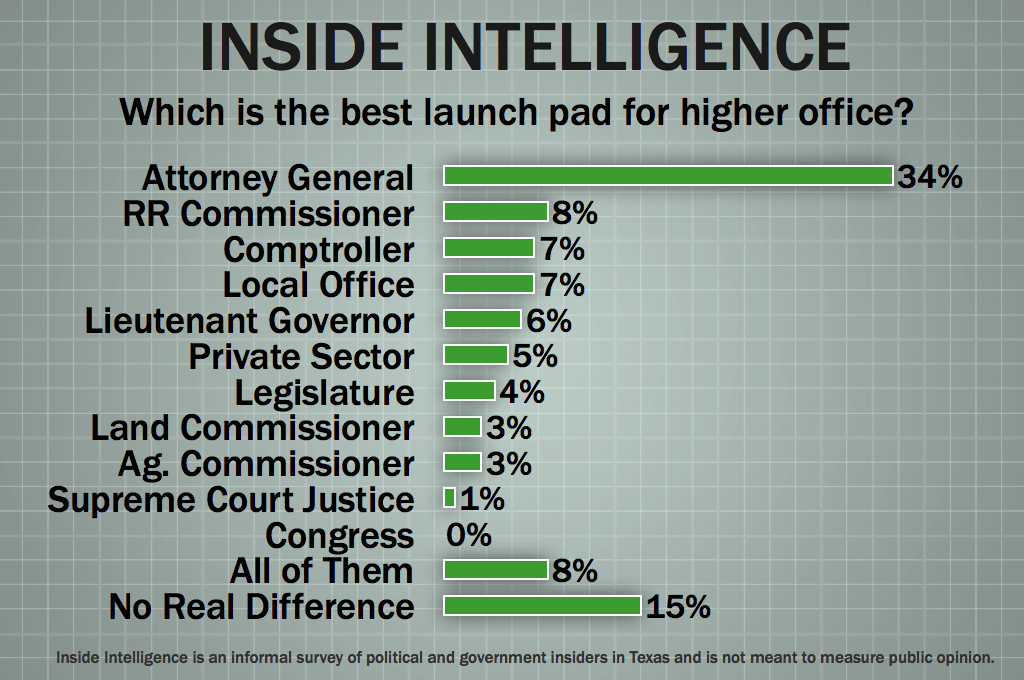 Which is the best launch pad for higher office in Texas?

• "All of them depending on higher office.  Statewide-Comptroller"

• "Isn't higher office relative?  I'll offer District Judge as my choice--how many Texas Supreme Court, Court of Criminal Appeals, and courts of appeals justices and judges first sat on a district bench before rising up to a higher office/bench?  Additionally, Abbott and Cornyn both started as a district judge.  And don't forget about congressmen Carter, Gohmert, and Poe or state senator Huffman (former district judges all).  Seems like being a district judge is a nice, little known launching pad for many folks."

• "The best launch pad is to be wealthy, come from a wealthy family, or have wealthy friends that are willing to gamble on you,"

• "The AG can earn statewide media coverage every day of the week, if he/she wants to."

• "Not Congress - it's very difficult to serve in DC and to keep a broad base of support beyond your district." 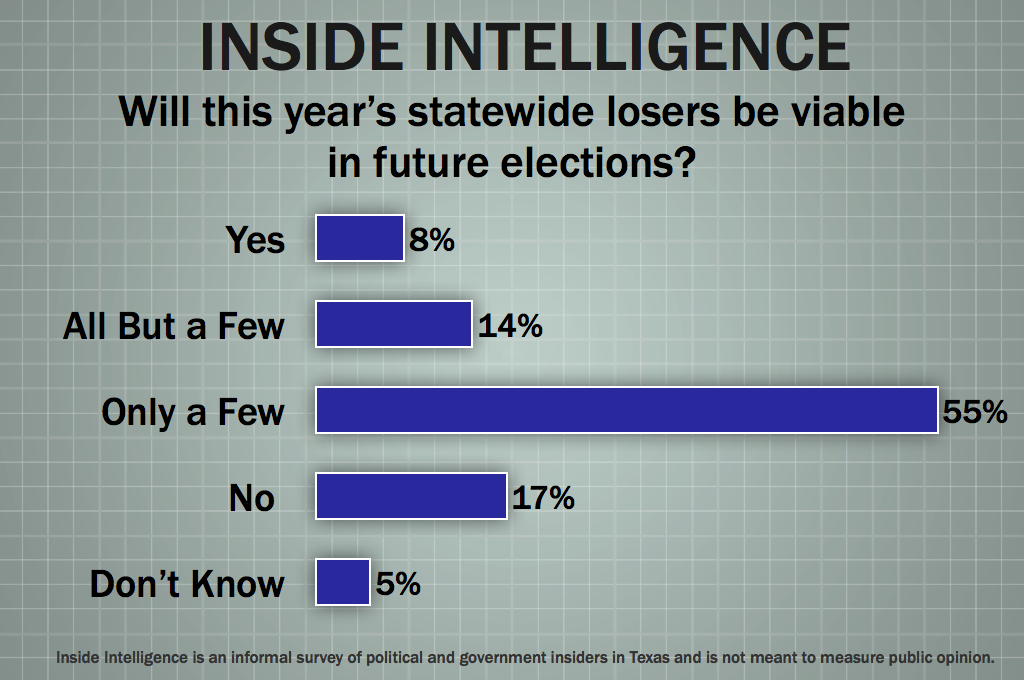 Will the candidates who lose this year’s statewide primaries be viable in future elections?

• "Depends on whether they lose in March or in a run-off.  And whether adults in their party come to their senses later on down the road."

• "If they are rich or can raise money, they will always be viable."

• "As 'viable' as they are today, one would suppose"

• "Politics move fast in Texas. You don't see many retreads. Almost all failed statewides are 'one and done' with very few exceptions."