Texans have very little faith that big institutions in the public and private sector will be careful about violating their privacy, according to the University of Texas/Texas Tribune Poll.

At the same time, they continue to support the death penalty even though most believe the state wrongly convicts people in death penalty cases either “occasionally” or “a great deal of the time.”

Federal intelligence and tax agencies are most likely to violate people’s privacy, according to the respondents. Three in five said the National Security Agency is “very likely” to violate privacy rights, followed by the IRS (56 percent), the CIA (54 percent) and the FBI (53 percent). When added to “somewhat likely” responses, the numbers were much higher: 81 percent think the NSA is likely to violate people’s privacy, while 79 percent said the same about the CIA, the FBI and the IRS.

“If you look at the government entities, everyone is worried about government invading their privacy, but Republicans are more suspicious of government than Democrats in the realm of privacy. I think that is a remarkable turnaround,” said Jim Henson, co-director of the poll and head of the Texas Politics Project at the University of Texas at Austin. 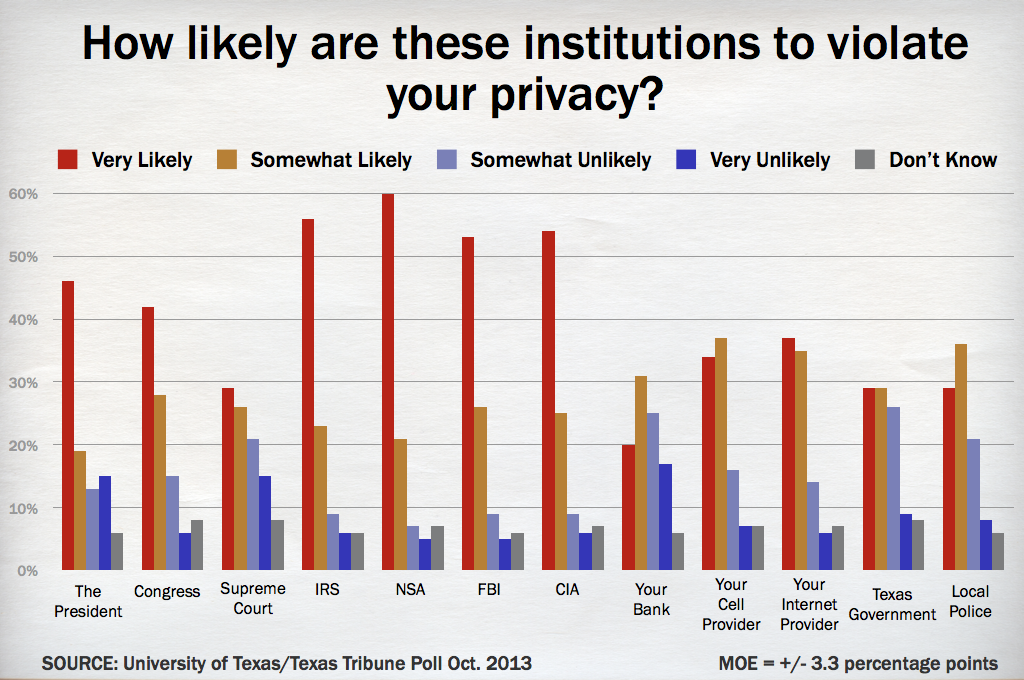 Although those are executive agencies, the respondents said the president is slightly less likely than Congress to abuse privacy rights.

“You piece this all together: How is the state economy doing? How is the Legislature vs. Congress? Your local police compared to the CIA or the FBI?” said Daron Shaw, co-director of the poll and a professor of government at UT-Austin. “I don’t know if this is a global statement about us as Texans and trusting things closer to us — if it is simply derived from the general impression that local is great, state is okay and federal sucks. The further you are away from me, the worse you are.”

“I think there is a proximity thing here — people are worried about scope and size of government entities and even commercial entities,” Henson said. “Banks have been in the headlines for a lot of things that are not positive, but privacy hasn’t really been one of them.” 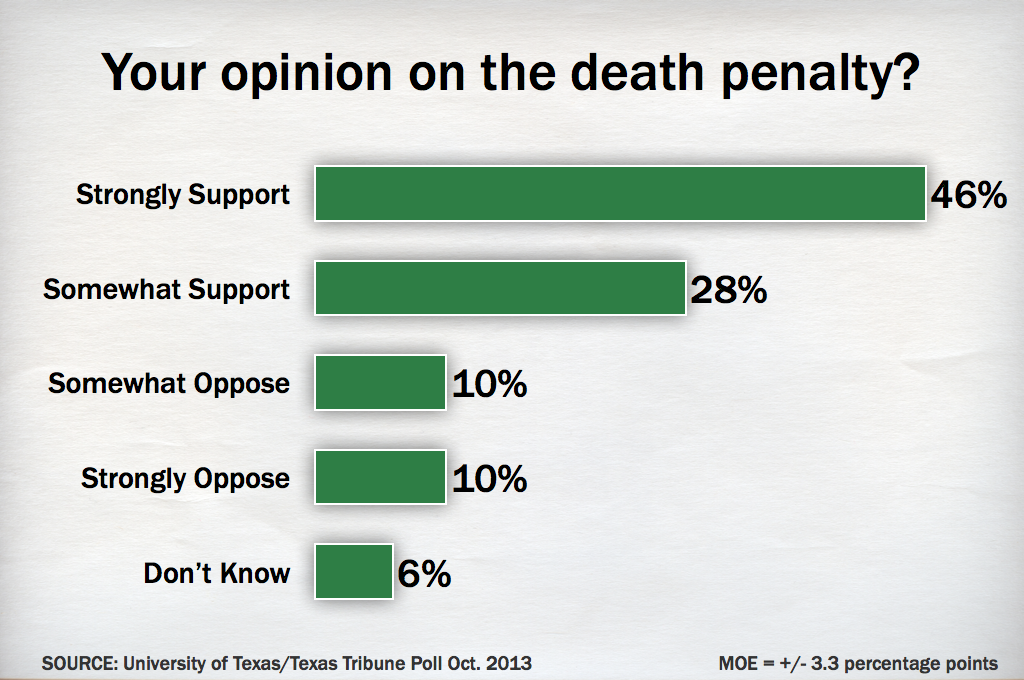 The cellphone and internet providers, on the other hand, rank just behind those intelligence and tax entities: More than 70 percent of Texans said those providers were very or somewhat likely to violate their privacy rights.

“The variance across the institutions is interesting,” Shaw said. “My cellphone provider and internet provider are scummy, but they are considerably less scummy than Congress.”

Texans continue to support the death penalty even though most believe the state wrongly convicts people from time to time.

Nearly three-quarters of Texas voters support the death penalty for people convicted of violent crimes, and 46 percent said they strongly support it. Twenty percent oppose the death penalty, half of them strongly. 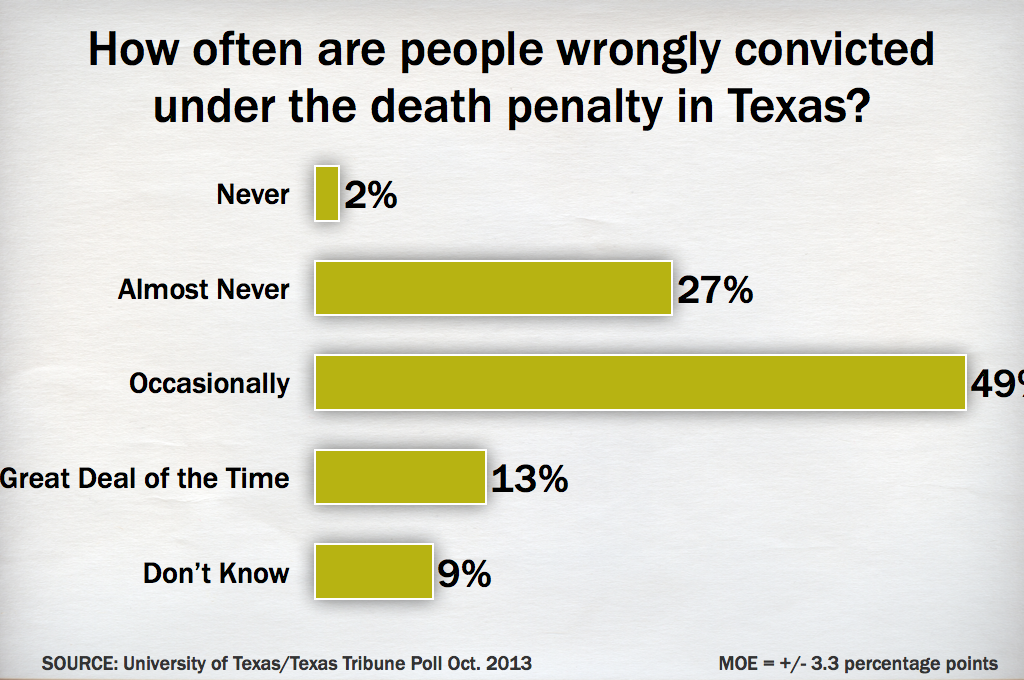 This is the last of six stories on the latest University of Texas/Texas Tribune Poll. Yesterday: Texans' views on immigration.