Texas politics has had more than its share of head-scratching moments lately, so we asked the insiders what they think of the lieutenant governor, the attorney general, the U.S. attorney general and the state’s junior senator.

We started with a question about Lt. Gov. David Dewhurst’s call to the Allen Police Department on behalf of a relative accused of stealing groceries. The first question was whether he should have done anything at all to try to get her out of jail, and 50 percent said he should have while 45 percent said he should not have acted. Now that the tape of his conversation with the police has been made public, we asked about the damage. On a scale of one to five, where one is the most political damage and five is the least, almost half of the insiders rated the call as a one or a two. Only a quarter gave it a four or a five.

Attorney General Greg Abbott, along with U.S. Attorney General Eric Holder, is suing to block the merger of American Airlines with US Airways, saying it would lower competition and raise prices. That’s an unpopular idea with the insiders — 64 percent say the state shouldn’t interfere.

They disagree with Holder on another count, too: 54 percent said the federal government shouldn’t be trying to block the state’s voter ID law.

Finally, we asked about U.S. Sen. Ted Cruz’s statement that he would renounce the dual Canadian citizenship he acquired by being born in that country. He (and many independent experts) say he would be eligible to run for U.S. president, but just to be sure, he has said he’ll dump the official Canada connection. Half of the insiders agree with that; 31 percent said he shouldn’t renounce.

We sought comments, as always, and the full set of answers is attached. Here’s a sampling: 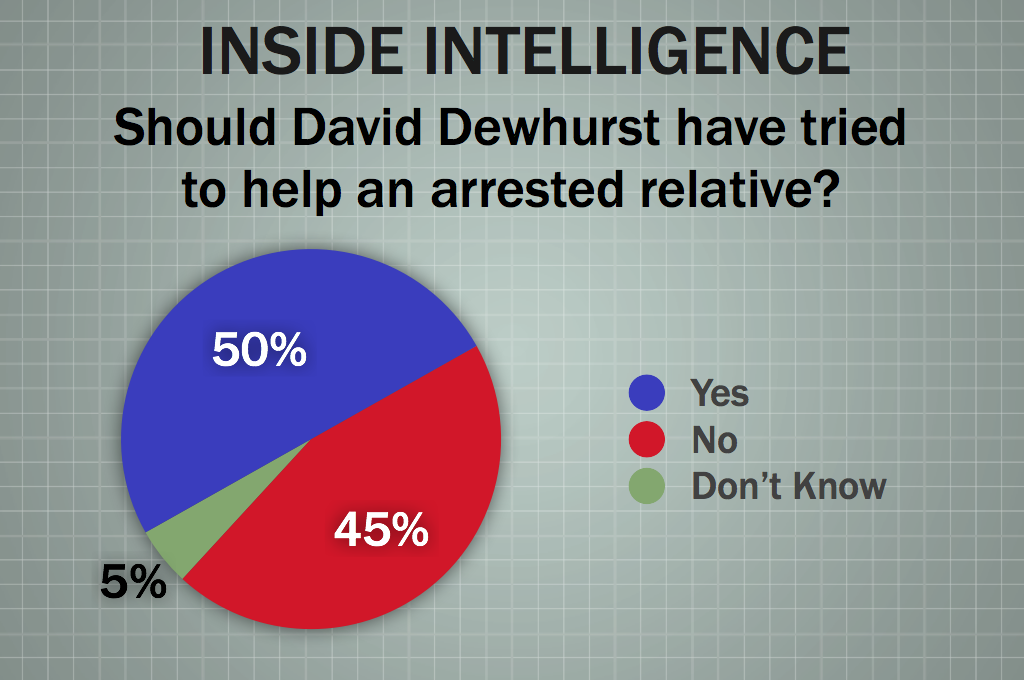 Should David Dewhurst have done anything to help get his relative out of jail in Allen?

• "Have a lawyer, staffer, or friend call like every other public official does."

• "You should take a good look at yourself if you are one that is pounding on the Dew for helping his relative. There is something wrong with those that are not willing to help a relative because of the political consequence it will present."

• "Helping a relative is not the issue. How he went about it is the issue."

• "Remember Lt Gov Rick Perry leaning on the DPS officer during the traffic stop to let his suburban just 'get on down the road?' Elected officials should delegate police issues to friends, staff or attorneys . . . and stay out of it personally." 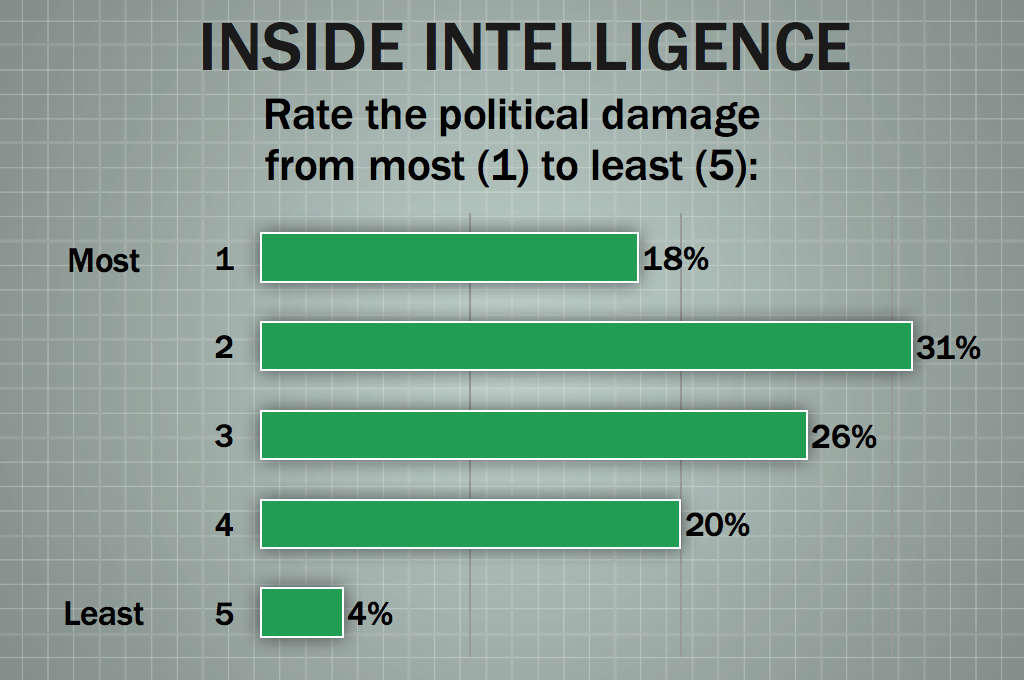 On a scale of 1 to 5, where 1 is a big deal and 5 is nothing at all, how damaging — politically speaking — is Dewhurst's taped phone call with City of Allen Police?

• "Just the latest slice in his political death by a thousand cuts."

• "Wouldn't have been so bad if Dewhurst hasn't had such bad luck over the last few years. Just seems to reinforce the idea that he can't do anything exactly right and things never seem to go his way."

• "The recording was a political gift personally wrapped by Dewhurst and delivered to his opponents. I seriously doubt he can recover from all of his political mistakes. The odds of him making it to a run-off is slim to none."

• "I'm not sure anyone is truly surprised by a lapse of judgment by a politician. I think the surprise would be learning that someone didn't capitalize on their officeholder status."

• "Who calls 911? Why not call his staff and find a lawyer or someone that could help." 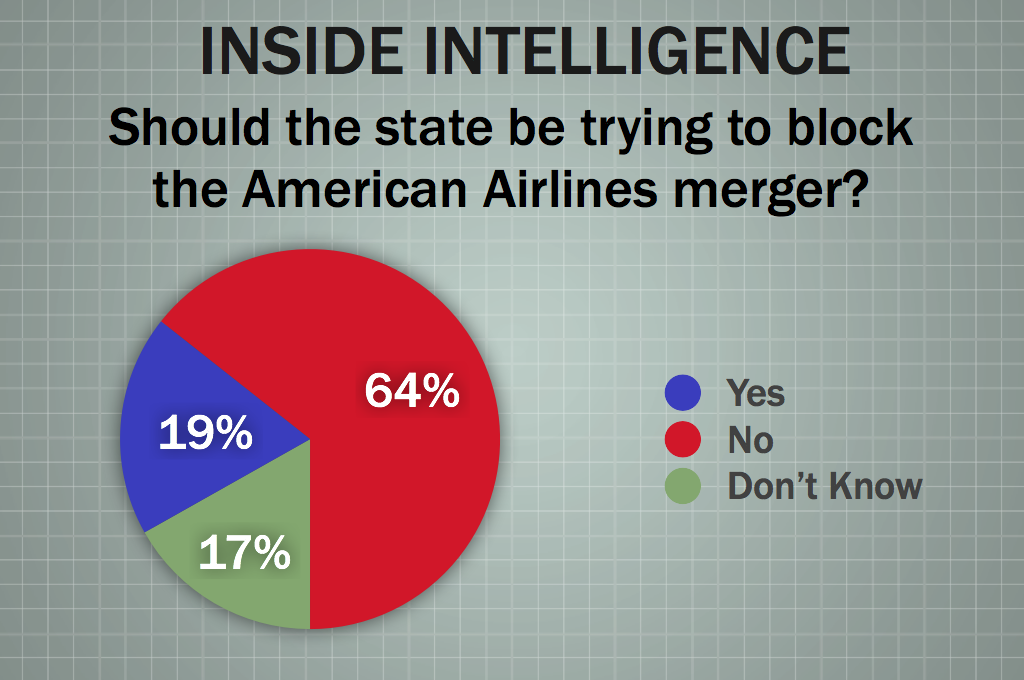 Should Attorney General Greg Abbott be trying to stop the American Airlines merger?

• "In a GOP primary, how does siding with Eric Holder and the Obama Justice Department help him?"

• "The proper question should be: Should the State of Texas be trying to stop the AA merger. Abbott's not acting in his personal capacity, he's doing it as the top lawyer for the state, so the question should be whether the State has a dog in that fight, and clearly it does--anti-trust, competition, etc. issues galore!"

• "It's probably not good for the airline industry to reduce competition at this point -- anyone familiar with American's underwhelming service and take-it-or-leave it attitude is afraid of the carrier gaining the market share it will with the merger. While I am frankly surprised that Abbott is fighting it, it's the right thing to do."

• "Perfect chance for Wendy Davis to demonstrate her commitment to the Texas economy."

• "Let the free market determine the winners and losers. Competition will be there with or without the merger." 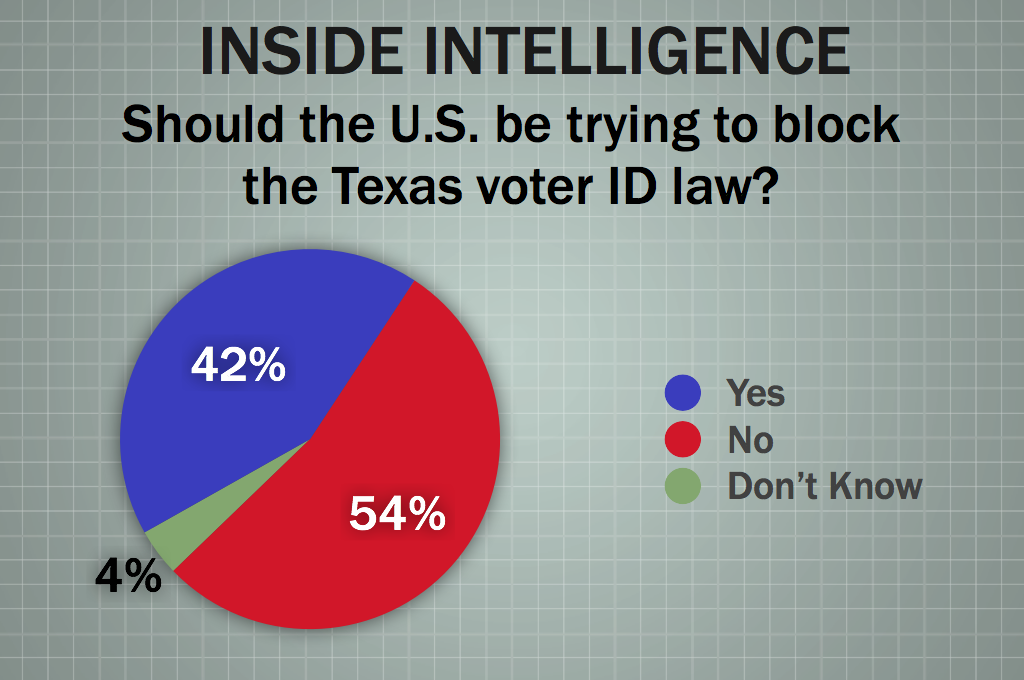 Should the U.S. Department of Justice be suing Texas to block its voter photo ID law?

• "No brainer. Texas is a poster child for blatant, intentional discrimination. Even Abbott's defense of partisan redistricting explicitly acknowledged that race was considered, even if as a proxy for party."

• "Seriously? Of course it should. The Straus-led House has repeatedly voted for voter suppression measures and will continue to do so until stopped. The open secret is that Republicans need to reduce minority turnout while maximizing white turnout to succeed electorally."

• "My grandparents and parents were poorer than poor in Mexico, yet they had their voting ID card (credential) and did not miss a vote. It's time for Democrats to stop playing the victim and stop demeaning the poor."

• "If it is okay for the R's to play politics with voter laws, why not the D's."

• "No. Stay out of our business. I have to show my driver's license for everything. That being said, Texas should have allowed other forms of picture ID, like school IDs, to be used." 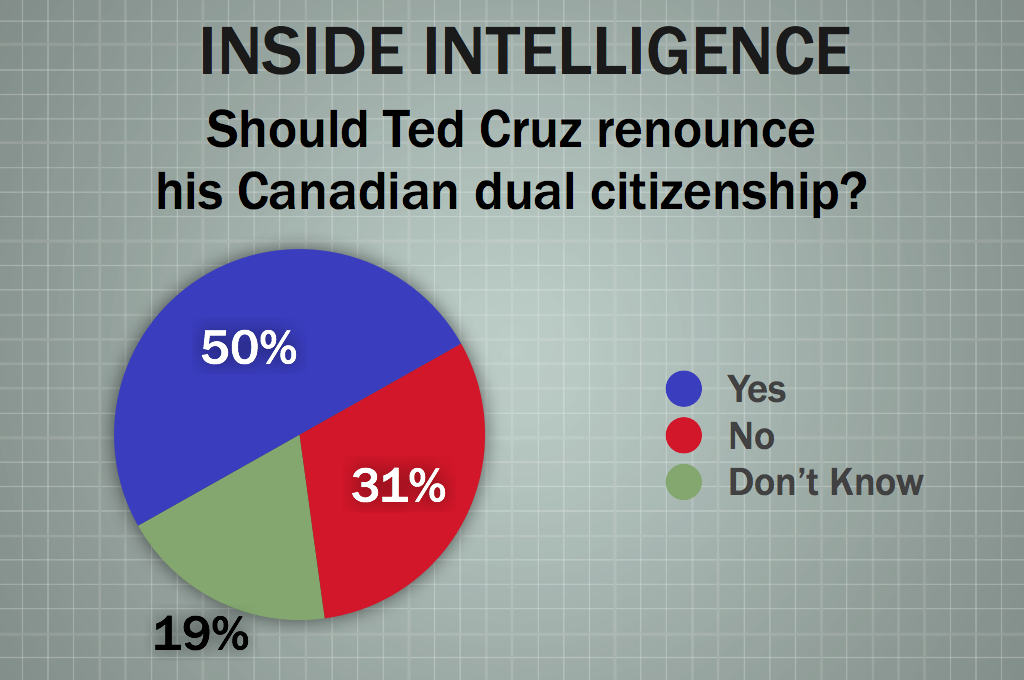 • "Given his political persona, he needs to, but in the real world it’s just entertainment."

• "I mean, only if he wants to be elected in the United States."

• "This entire ordeal is foolishness, just like the Obama birther argument."

• "From a legal standpoint, I don't think an elected U.S. official should have dual citizenship. From a comedic one, it has been great to observe the actions and comments coming from the same people who questioned the current White House occupier's status."