The issue of political corruption and leadership is quickly rising on Texans’ list of top problems facing the country, according to the latest University of Texas/Texas Tribune Poll.

That item rose to second on the list of national problems in the latest poll — behind the economy — and among conservatives, it ranked at the top.

Immigration and border security continue to top the list of the state’s most important problems, followed by education and political corruption/leadership.

“You break those numbers down and on a partisan basis, the political corruption/leadership is actually the No. 1 most important problem nationally for Republicans,” said Jim Henson, co-director of the poll and head of the Texas Politics Project at the University of Texas at Austin. “For Democrats, it was much lower, in the single digits.” 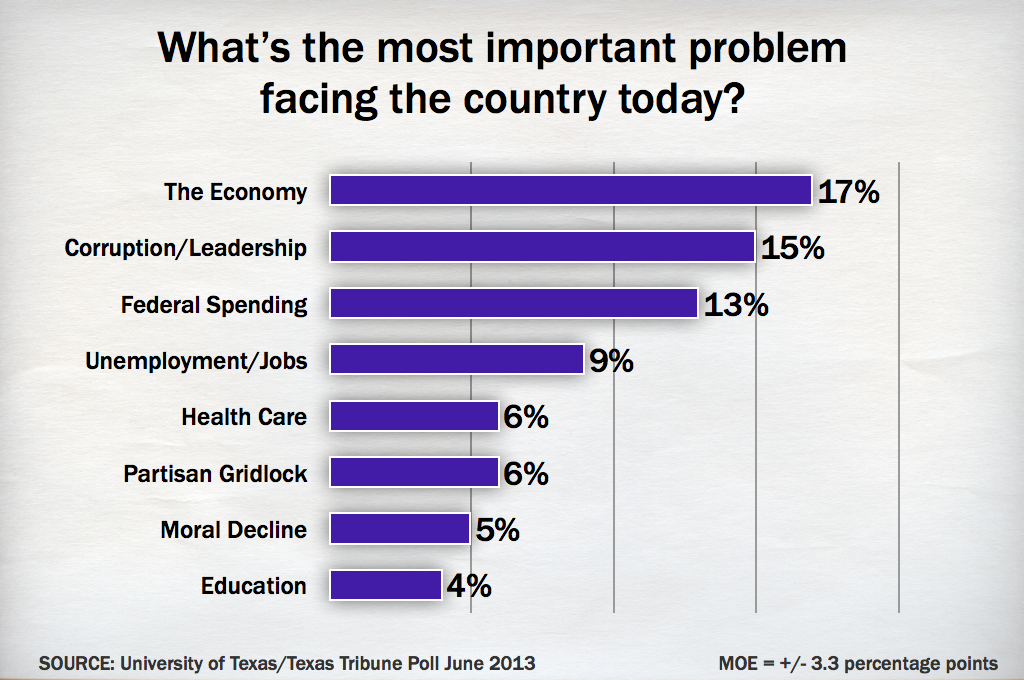 The second-term problems of the Obama administration are making themselves manifest,” he added. “While we were in the field, it was the IRS thing and also, with some conservatives, Benghazi and Libya.

The economy, paired with unemployment/jobs, has dominated the national list over the last several UT/TT surveys, and those remain two of the top four items on the list. Those two issues lie further down the Texas list. Federal spending/national debt, health care and partisan gridlock round out the top of the national list.

“I don’t ever remember leadership, corruption, these sorts of issues, hitting double digits,” said Daron Shaw, c0-director of the poll and a government professor at UT-Austin. “It’s psychological, but it’s real.” 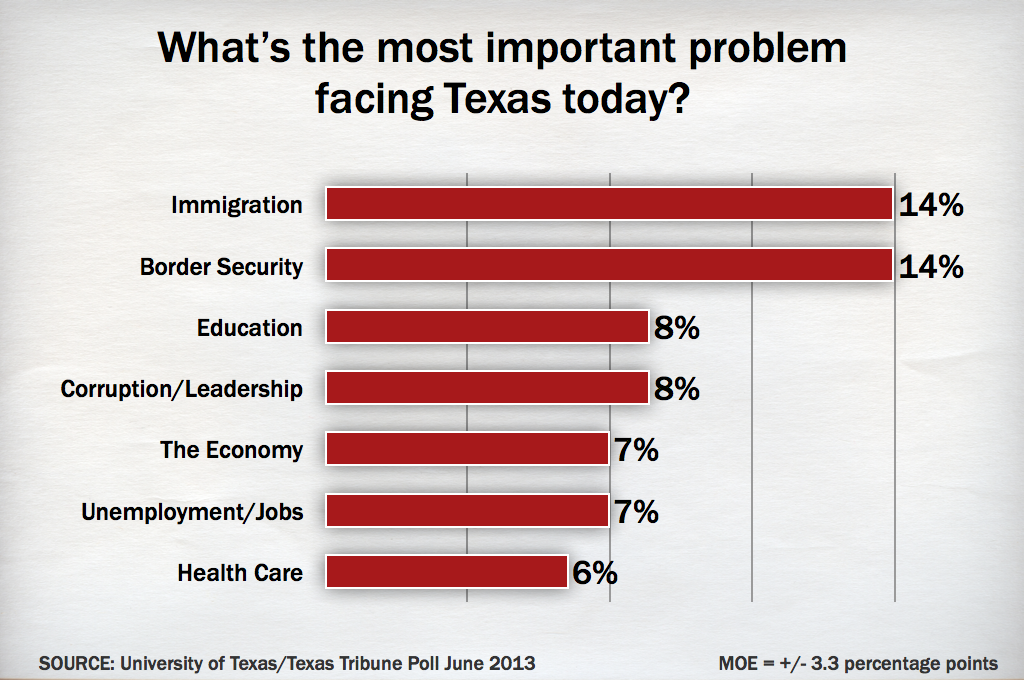 “Given the scandals during the last couple of weeks, I thought these numbers were pretty good,” Shaw said of the national numbers. “The right direction number is pretty low.

“This suggests an economy that is just sort of bumping along,” Shaw said.

This is the third of five stories on the latest University of Texas/Texas Tribune Poll. Monday: head-to-head races for president, governor and lieutenant governor. Tuesday: What voters think of top political figures and institutions. Tomorrow: issues and the Texas Legislature.