With all 180 legislators, along with their families and friends, lobbyists and onlookers gathered under the pink dome for the start of the 83rd Texas legislative session, the Capitol was filled with pomp and circumstance on Tuesday. From the House floor to the Senate chamber — and everywhere in between — Tribune cameras captured the moments. 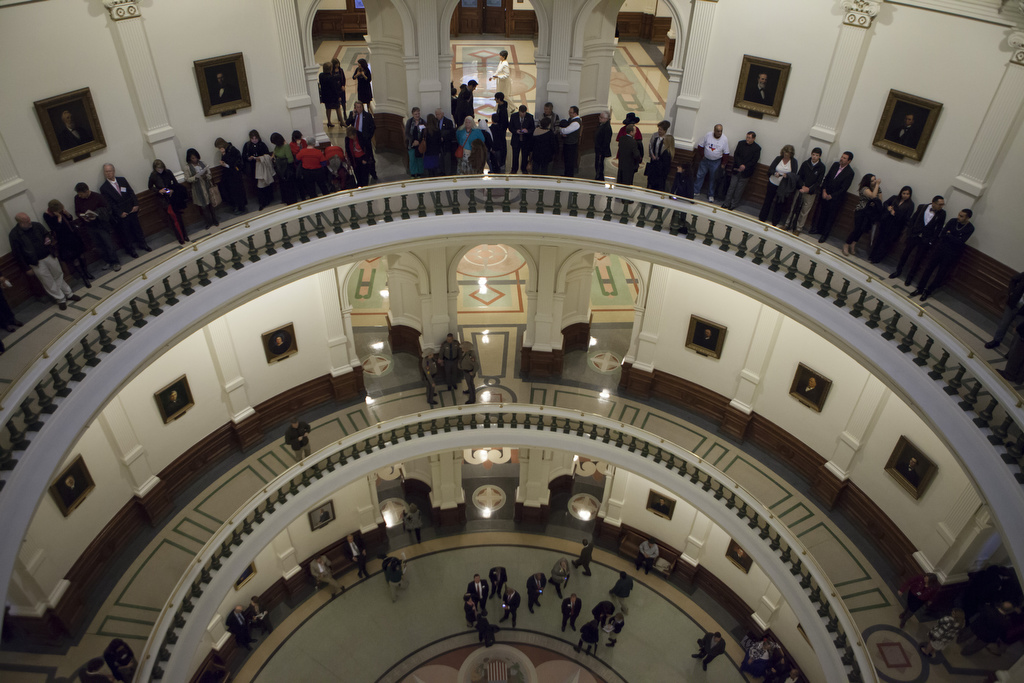 Legislators, lobbyists, staffers and other Capitol visitors fill the rotunda outside the House and Senate chambers. 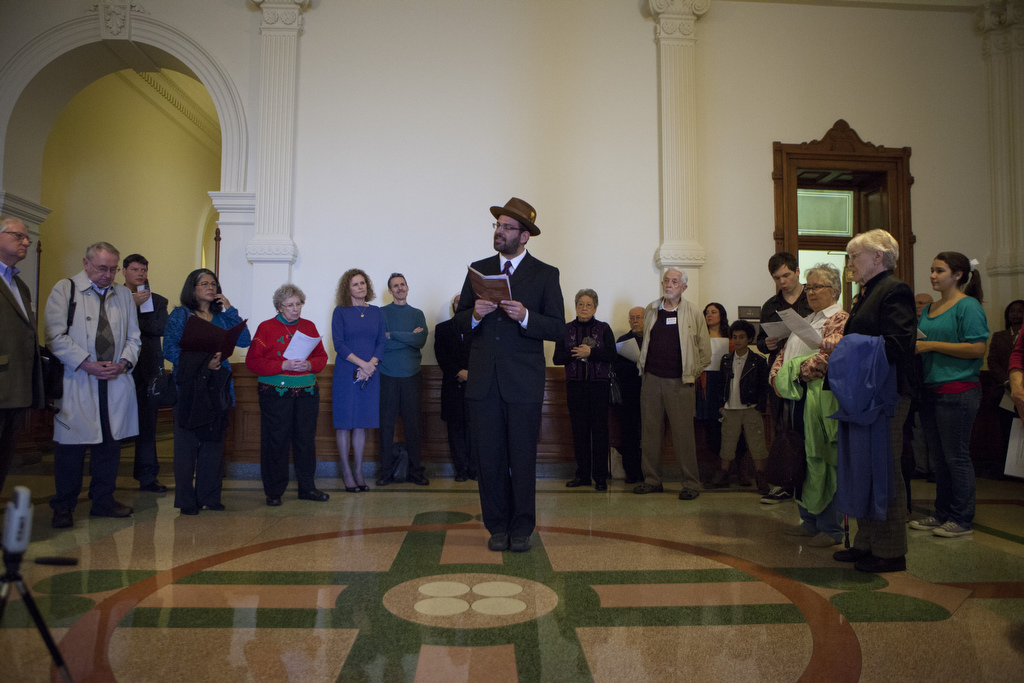 Rabbi Neil Blumofe leads an interfaith group, including state Rep. Donna Howard, D-Austin, in a prayer before the opening ceremonies. 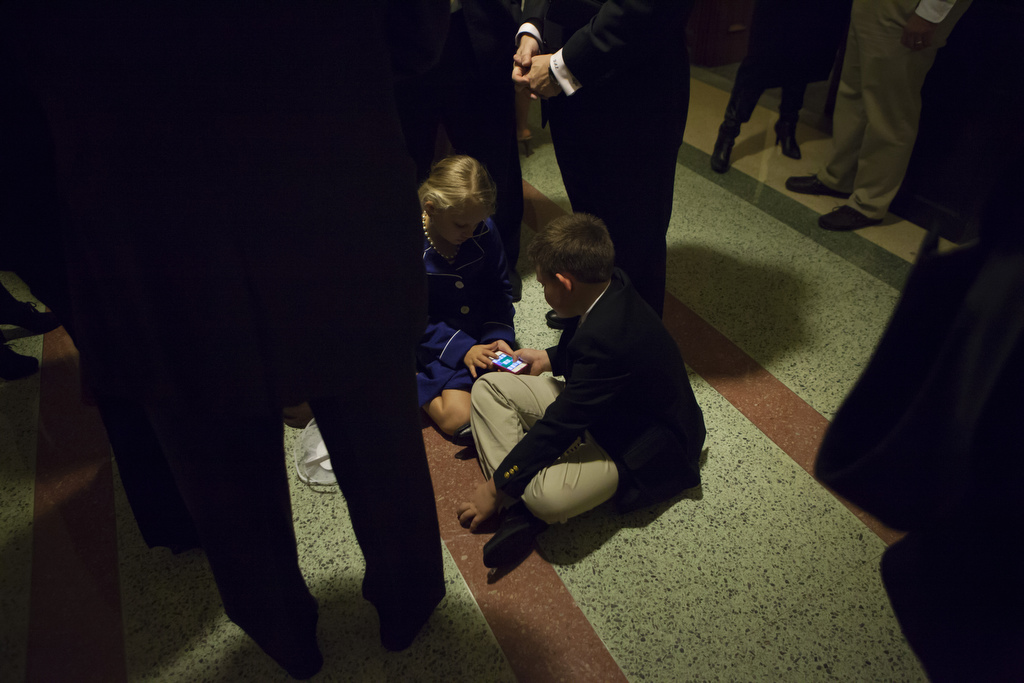 A couple of children find distraction in a Capitol hallway. 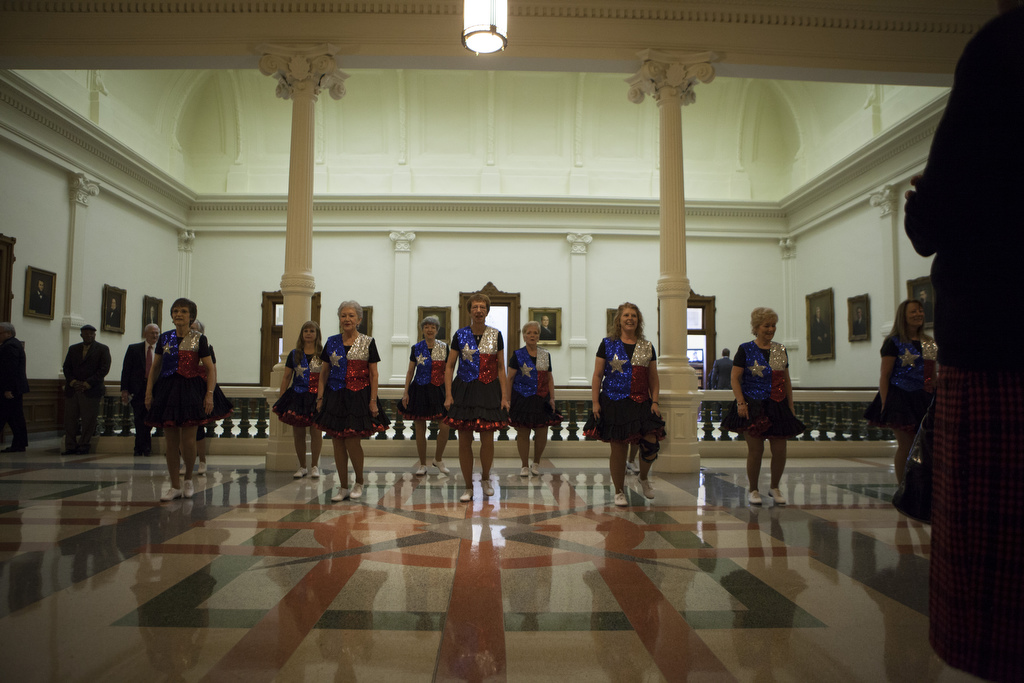 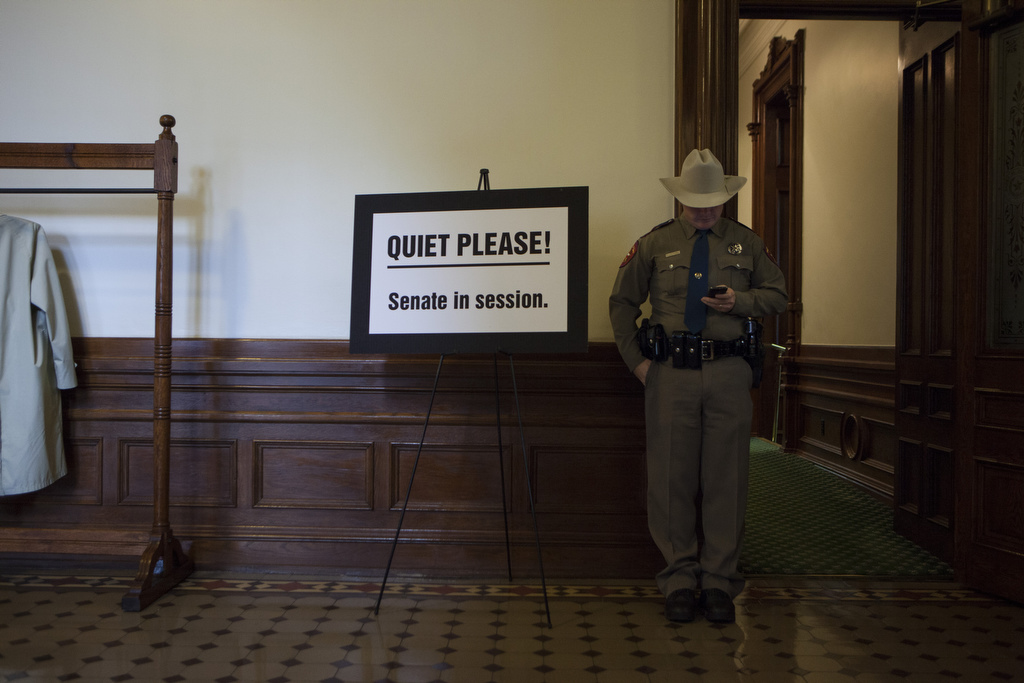 A Texas Department of Public Safety trooper stands guard outside the Senate chamber. 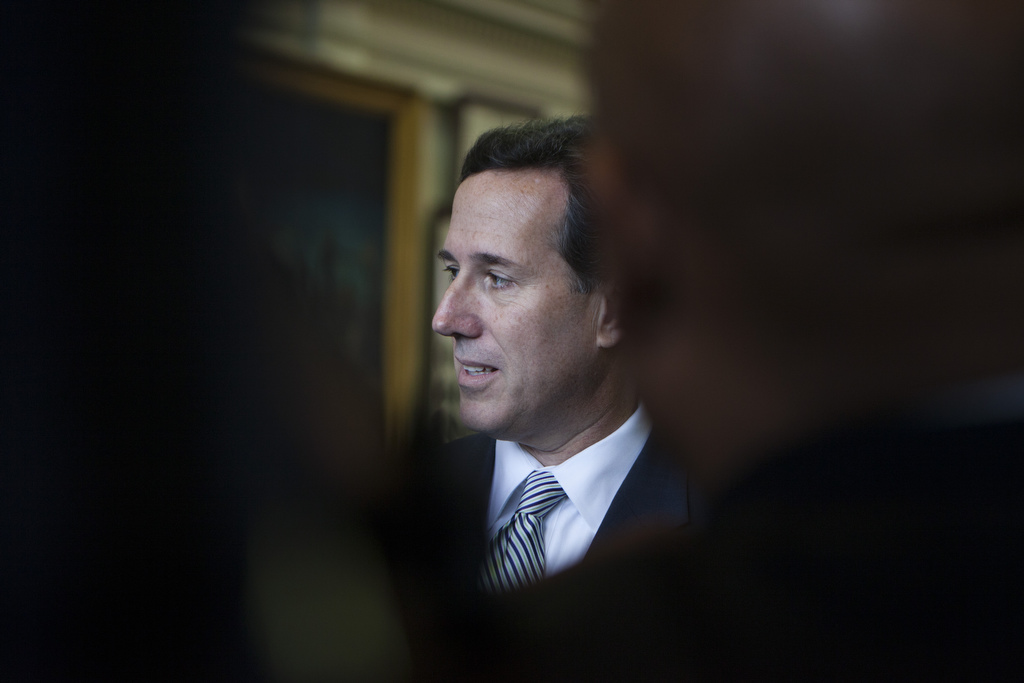 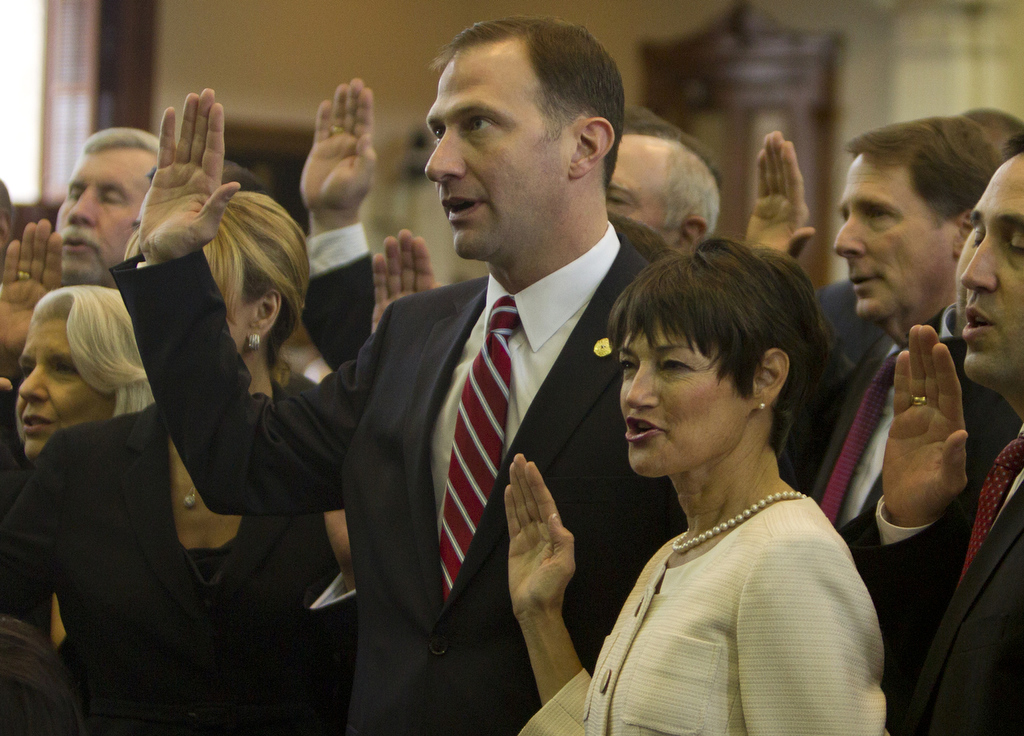 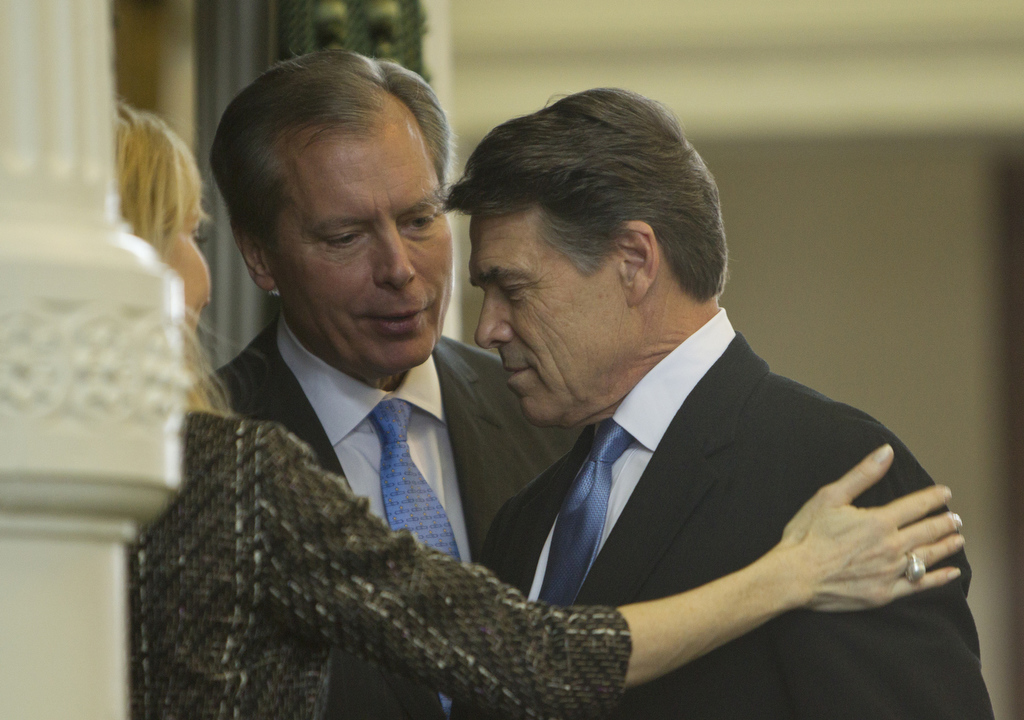 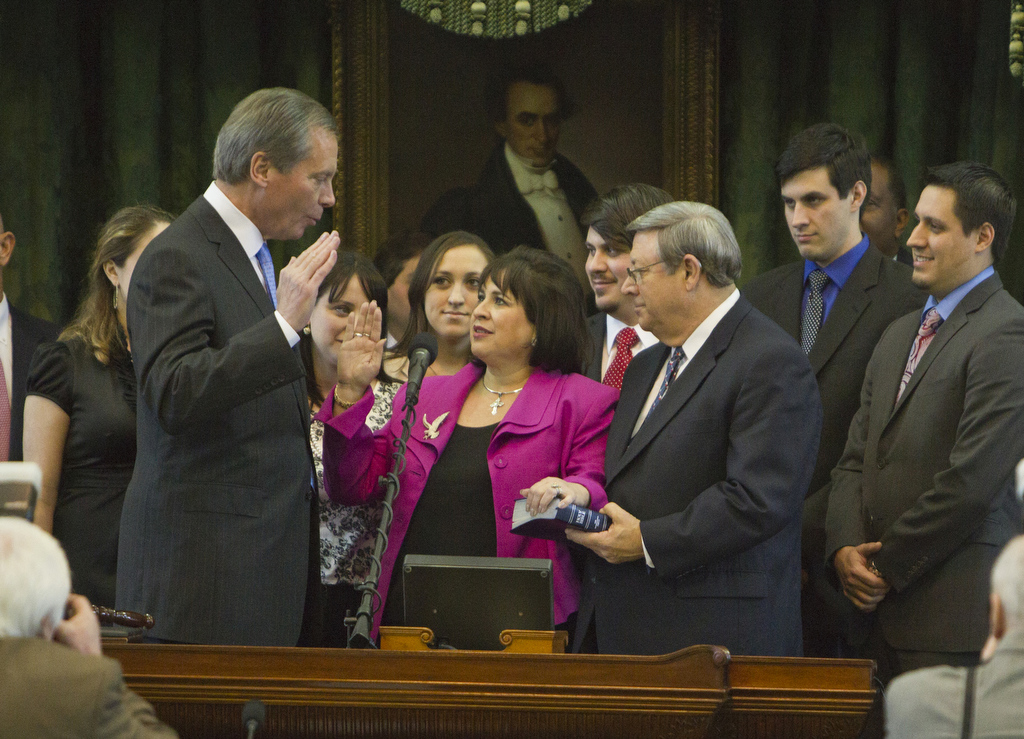 Sen. Leticia Van De Putte, D-San Antonio, is sworn-in as president pro tempore of the Texas Senate, a position that puts her in line to be governor if Dewhurst and Perry are incapacitated. 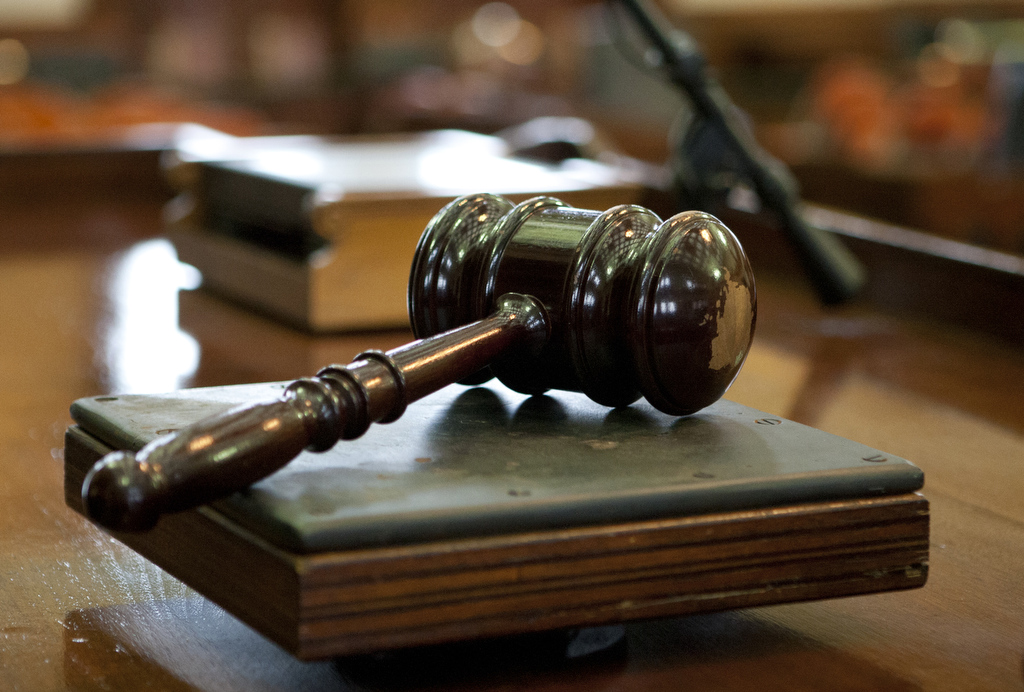 The strike of Dewhurst's gavel opens and closes the day's ceremonies in the Senate. 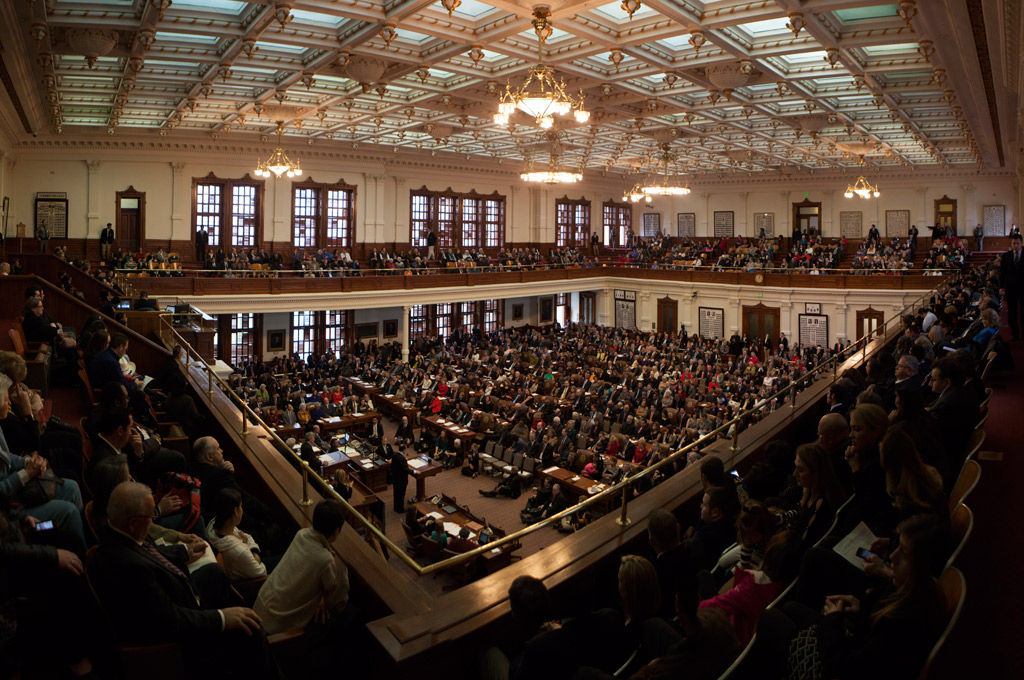 The House chamber crowded with lawmakers, their families, staff and onlookers. 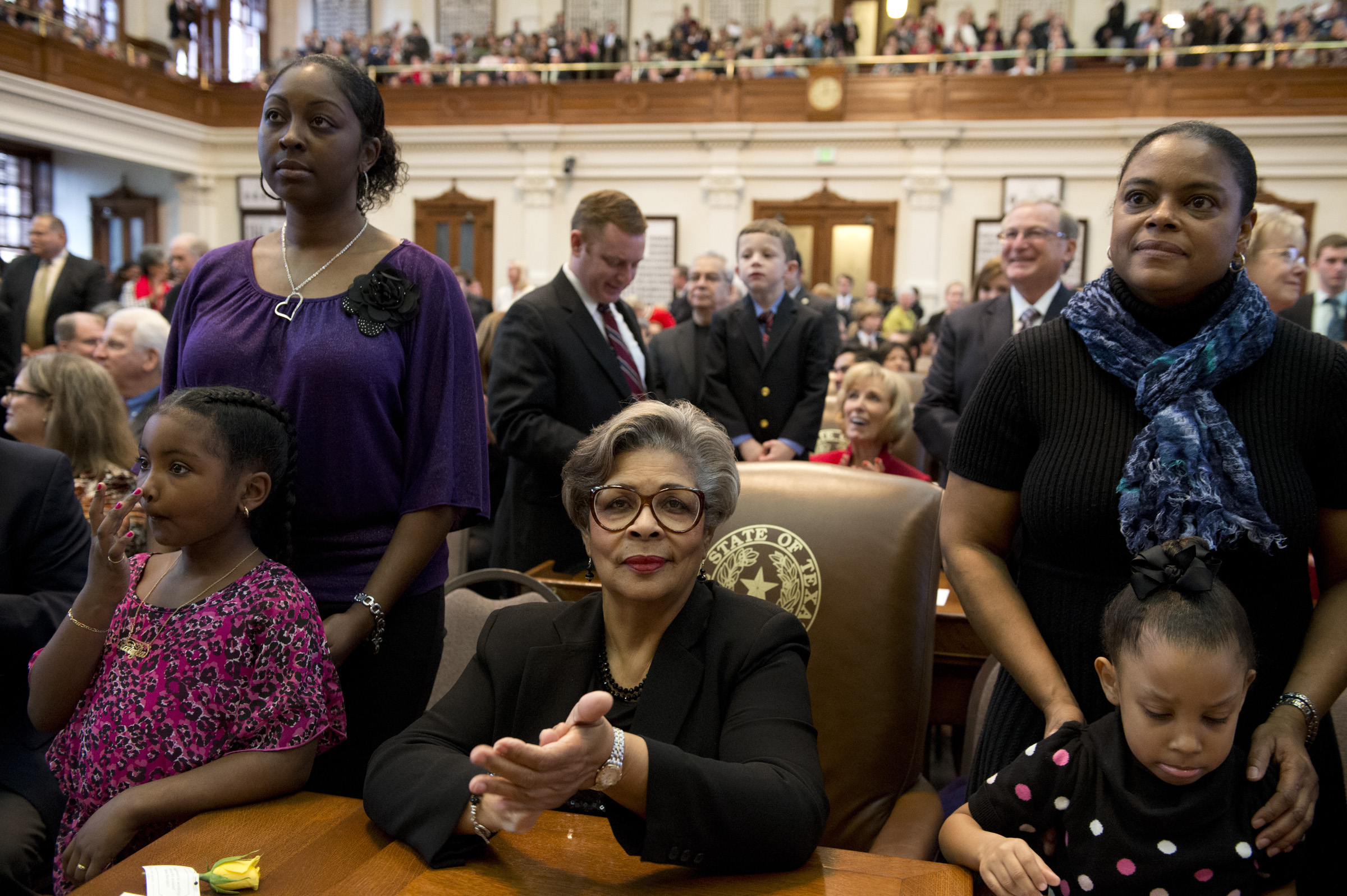 The second-longest-serving member of the Texas House, state Rep. Senfronia Thompson, D-Houston, surrounded by her family. 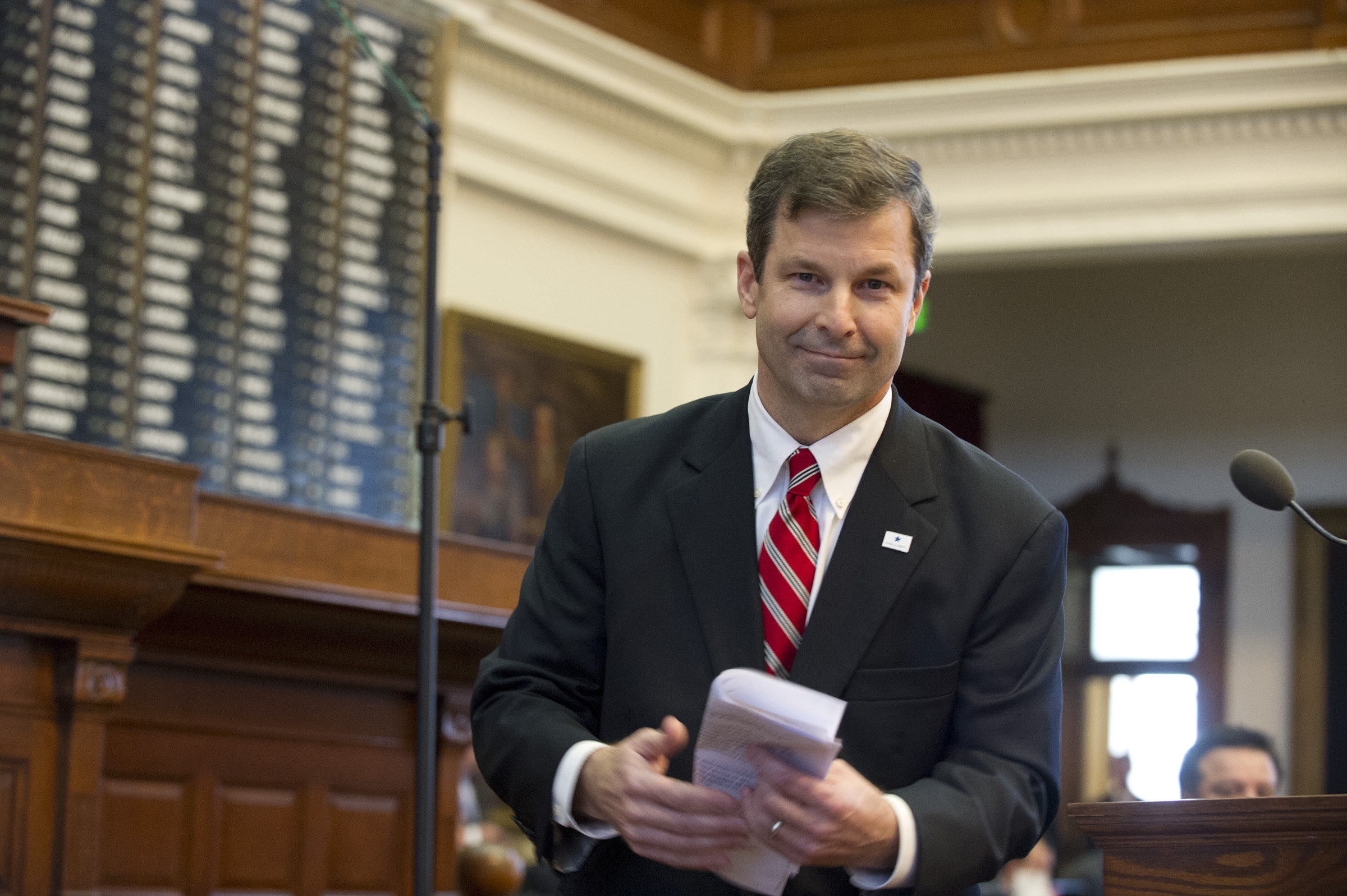 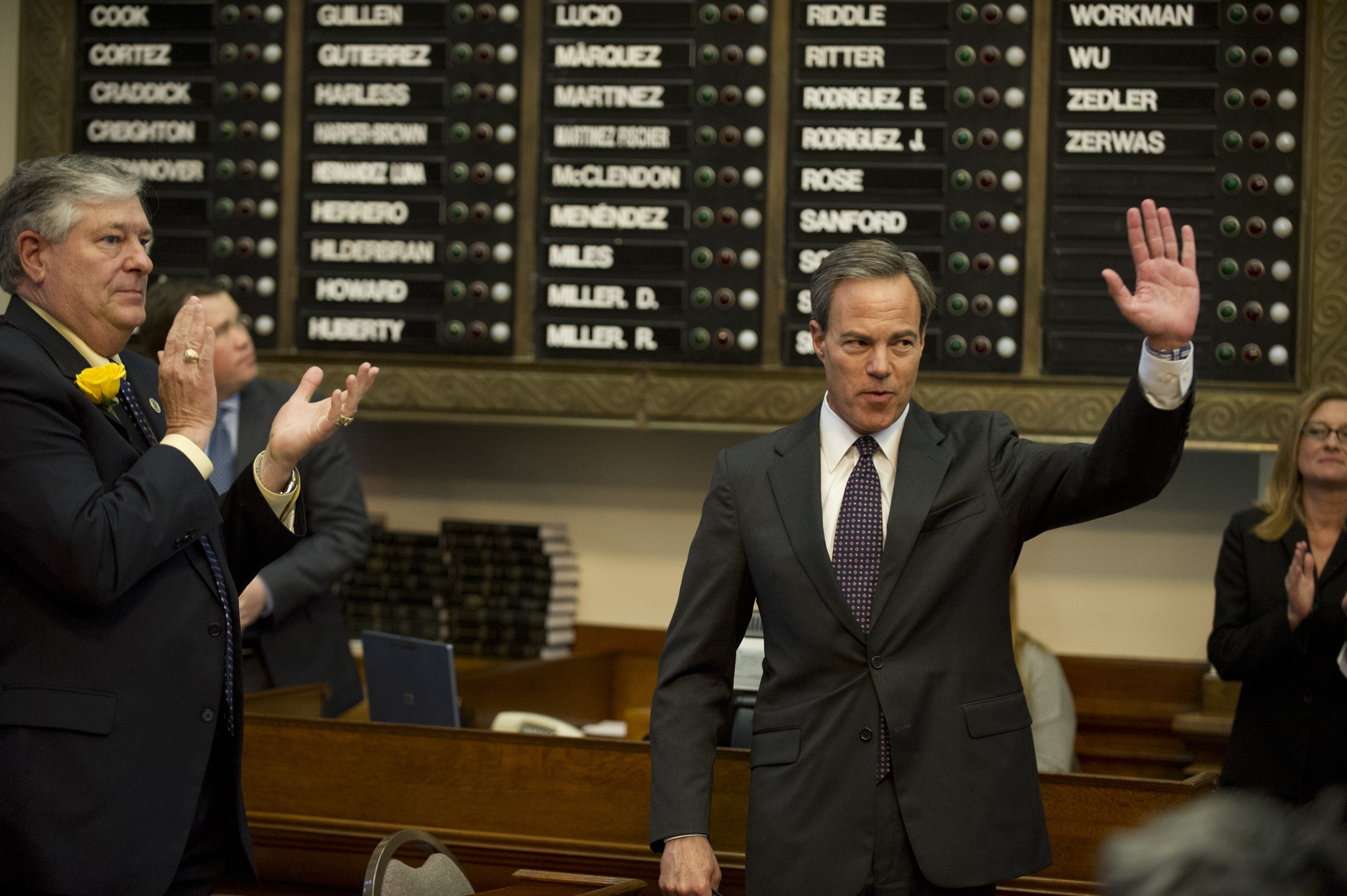 House Speaker Joe Straus, R-San Antonio, acknowledges applause at his election as speaker of the House. 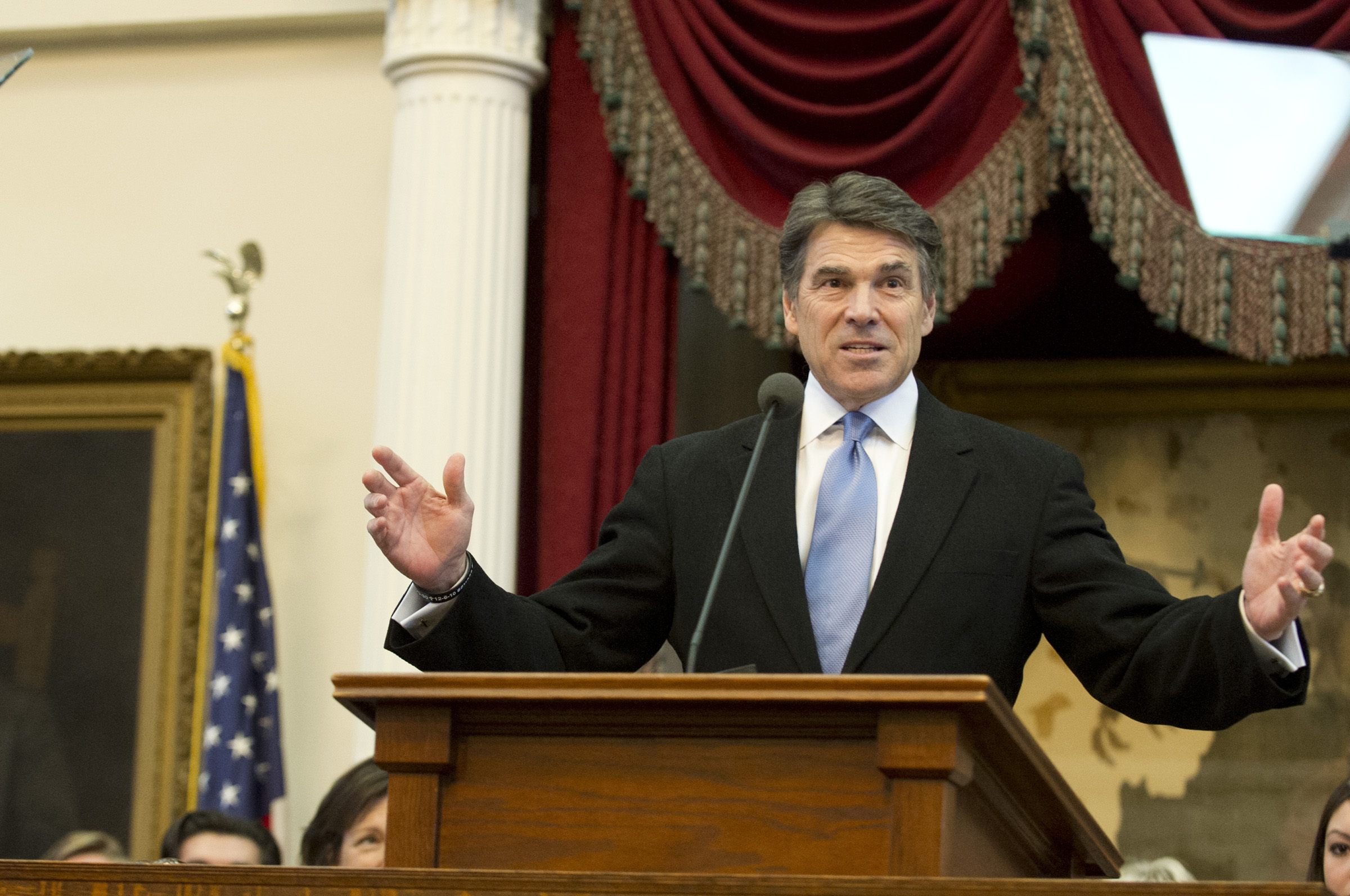 Perry gives advice to legislators during a speech to the Texas House. 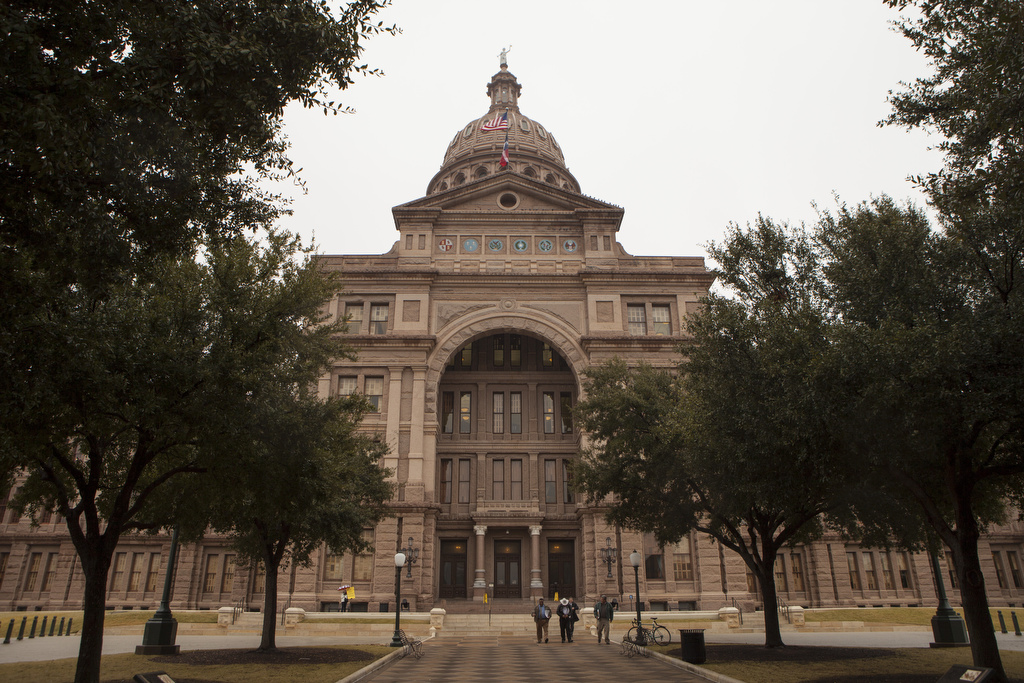 As the day ends and rain falls outside, the 83rd legislative session is officially under way.