Nine out of 10 Texans agree: Congress is the least liked branch of government, according to the University of Texas/Texas Tribune poll.

They trust the judicial branch of the federal government more than the executive or legislative branches, and more than half of likely voters want the courts to overturn all or part of the federal health care law.

"Those are thoroughly political views," said Jim Henson, who teaches government at the University of Texas at Austin, runs the Texas Politics Project and co-directs the poll. "Nobody trusts Congress. Democrats trust the president. Republicans trust the courts."

Congress is the favorite of only 9 percent of the likely voters in the poll. The judiciary led, with 39 percent choosing it as their favorite part of government, followed by the executive branch, at 23 percent. 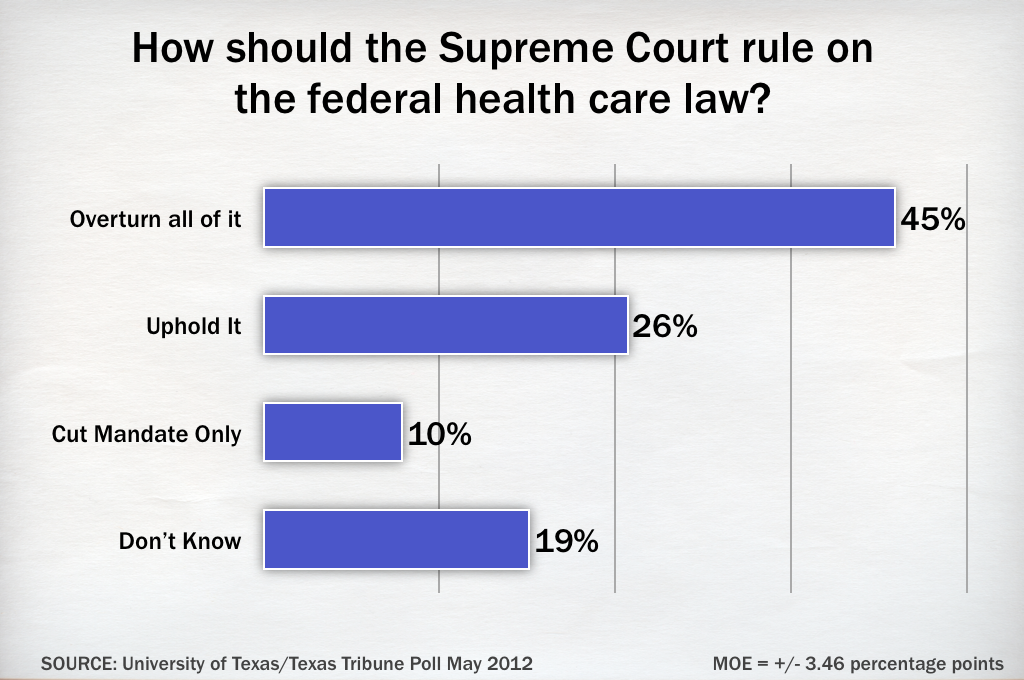 That said, only 36 percent believe the court's ruling will be made primarily on the legal arguments. More than two in five think politics and partisanship will play the decisive role in the Supreme Court's ruling.

People who identified themselves as Democrats or liberals were much more likely to choose the executive branch as their favorite. Those who said they were conservative or Republican were most likely to choose the courts. Their dislike for Congress was bipartisan and ran from one end of the ideological spectrum to the other.

"The irony here is that this is the branch that's closest to the people," said Daron Shaw, co-director of the poll and a UT-Austin government professor. 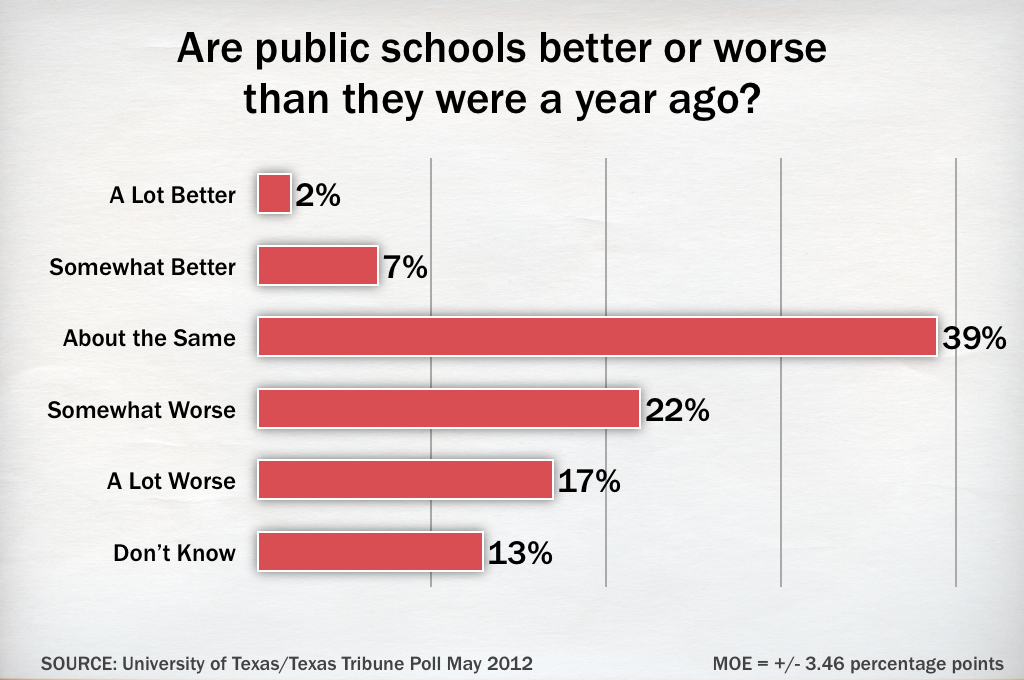 Shaw said the administration appears to be in political trouble on the issue. "Once something is tagged like this is, people move on," he said. "Half the Democrats hate it."

Shaw interprets that less as a directive to spend more money than as a "demonstration of commitment." And Henson pointed out that although voters said the state spends too little and a number said the schools are worse, they didn't raise education to the top of their rankings of the state's most important issues. 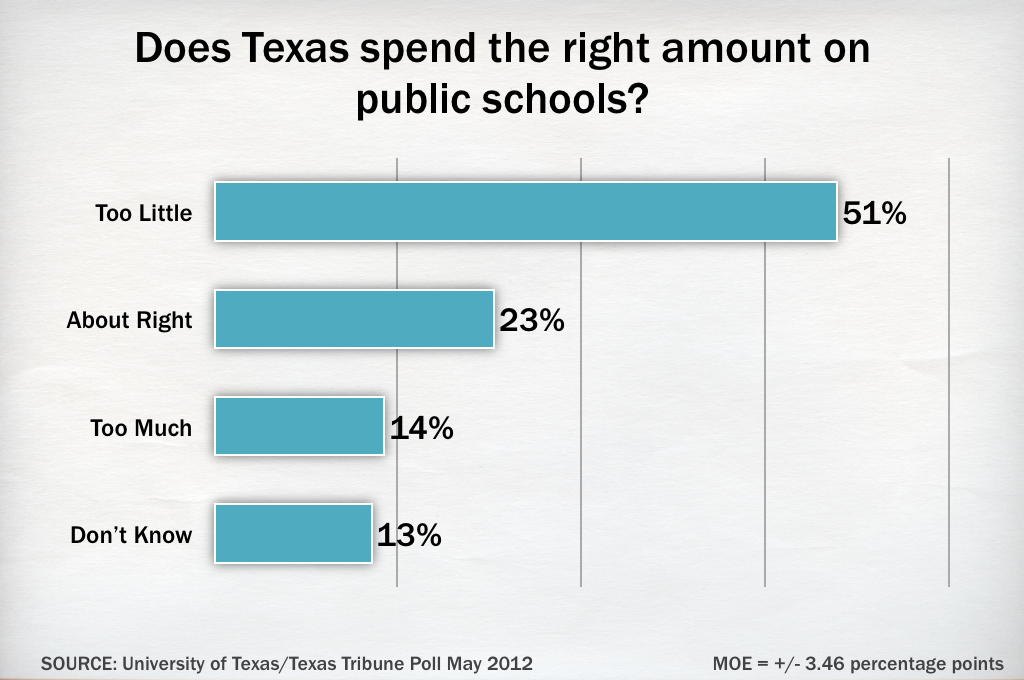 "Democrats are much more interested in the workings of the education system, but about a quarter of Republicans think the system is worse than a year ago," Henson said. "It's a yellow flag."

How should local law enforcement officers handle federal immigration laws? They should be required to enforce those laws, according to 37 percent, 42 percent said they should be allowed but not required to enforce those laws, and 11 percent said cities and counties ought to be allowed to tell their police to leave immigration matters to federal law enforcement officers.

The UT/TT internet survey of 800 Texas voters was conducted May 7-13 and has a margin of error of +/- 3.46 percentage points. The numbers in the charts might not add exactly to 100 percent, because of rounding. And "likely voters" were defined as those who indicated they were "somewhat" or "extremely" interested in politics and who voted in "every" or "almost every" election in recent years.