Our insiders have David Dewhurst as the runaway favorite to succeed U.S. Sen. Kay Bailey Hutchison at this early point in the game, and they think the top three influences in the race will be money, conservative Republicans and Barack Obama. Other candidates they think might get into the race include Dallas Mayor Tom Leppert, U.S. Reps. Ron Paul, Pete Sessions and Lamar Smith, sports announcer Craig James, Workforce Commissioner Tom Pauken and our personal favorite: "Some rich dude from Dallas or Houston."

For our open-ended question this week, we asked how the race could impact the 2011 legislative session. The full set of answers is attached, but here are some samples: 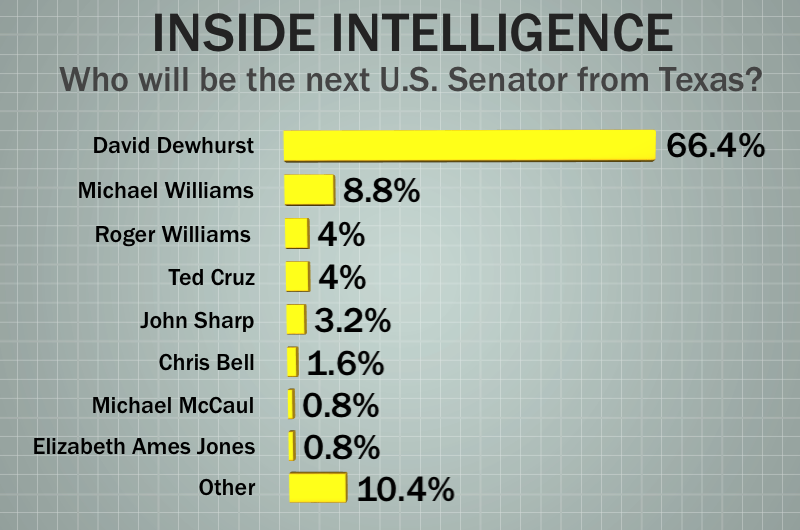 • "Dewhurst needs to make a big leadership statement if he wants to get out in front of the race. Michael Williams will have ample time to raise money and increase his name ID while legislators are doing the heavy lifting of the session."

• "Not too much. Too much requires focus this session."

• "Dewhurst will want to get a budget in the regular session, some good conservative legislation for the republican primary voters (think voter ID and immigration), and assurance that they won't come back for special in 2012."

• "It will push the Senate to the right." 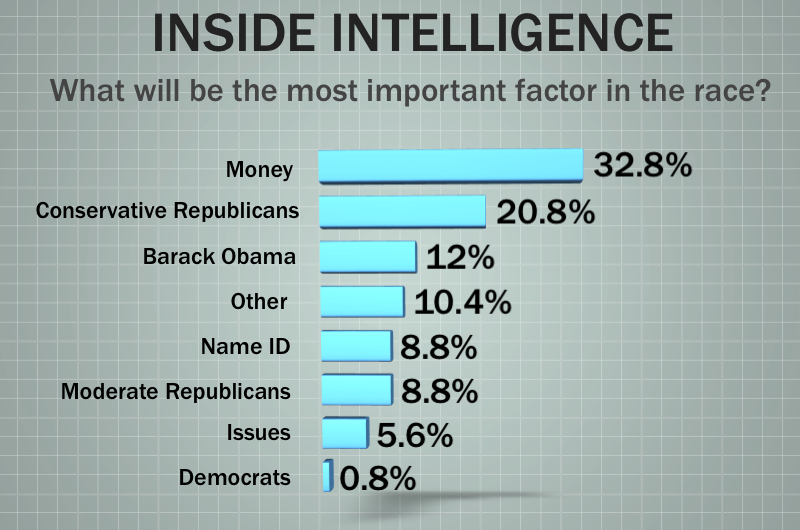 • "Hoo boy, who wants to vote for taxes and fees, and who wants to shut down government? Who'll take a risk, and who'll try to dodge the bullet? Who'll run into each other at the intersection of risk and opportunity? Who'll get up from the wreck? Stay tuned."

• "Well it's obvious that Dewhurst is running for US Senate after listening to his inaugural speech on Tuesday: his sights on DC are clearly set. Dewhurst will make sure that voter ID passes the Senate, as well as any anti-immigration, anti-Washington legislation that helps him cater to the Tea Party activists. His moderate stance won't help him win without a few victories for the extreme right."

• "Appears two of the top three leaders are already in campaign mode so look for them to use the session to score points with the Republican base vote."