Our new transcripts of House and Senate floor proceedings, which we're planning to continue all session, give everyone the ability to search what elected officials say — but also to visualize their words.

One method for making sense of unstructured data, like speeches, is by using word clouds. These below tell us a little more about the speeches today by re-elected Speaker Joe Straus, Gov. Rick Perry, and Sen. Steve Ogden, the newly elected Speaker Pro Tempore.

Straus, who forcefully spoke out against some of his critics' tactics in the House speaker's race, used words like "trust" and "respect" and "members". Of course, there were also plenty of "great" "Texas" "people" references, as one might expect in a speech like this.

Perry devoted a significant portion of his House speech to immigration enforcement by local "officers," saying that the legislature "must" empower them. That's reflected in his word cloud, as is his emphasis on "life" and "state." 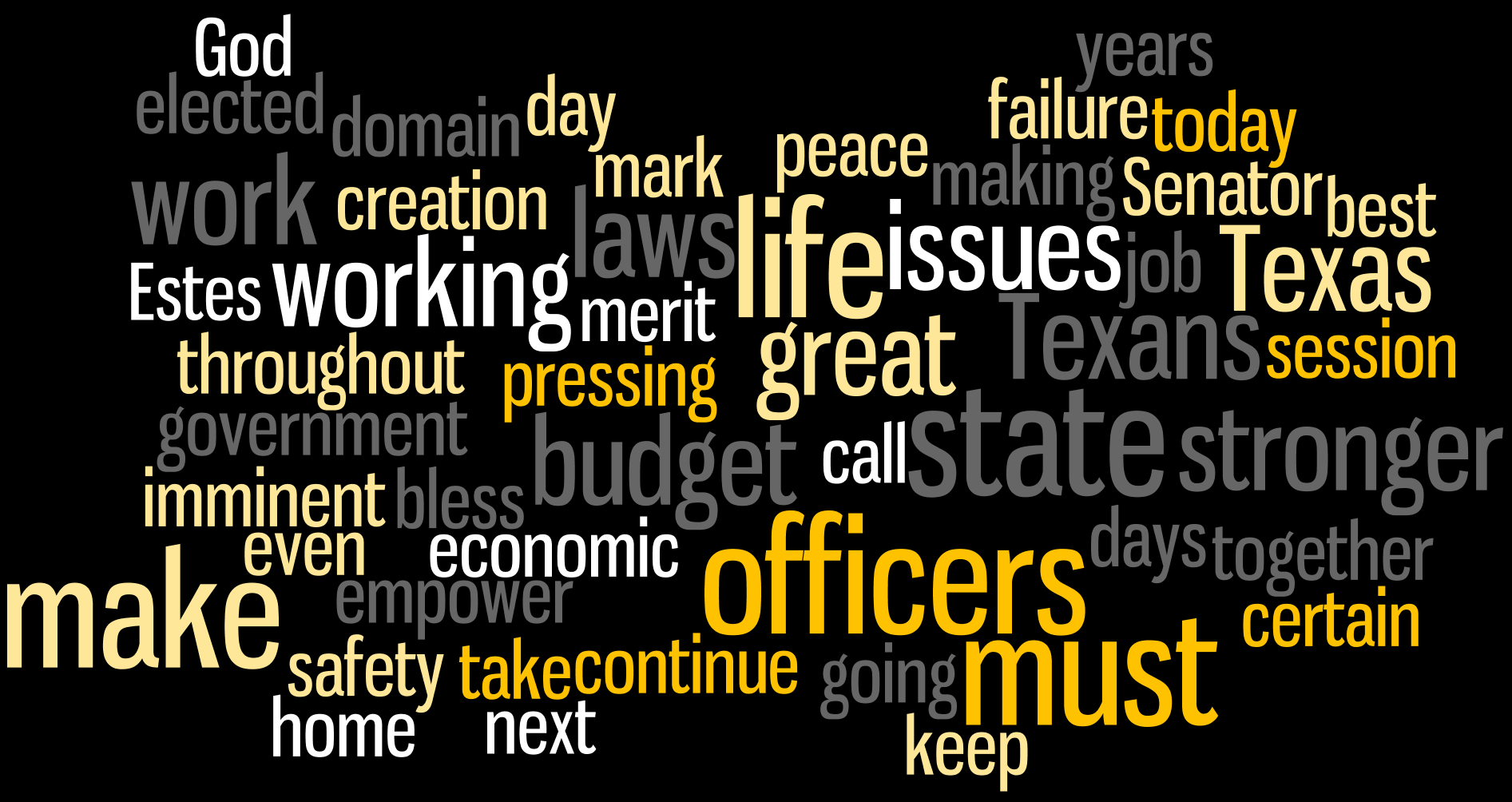 Ogden, the senate's budget expert, gave a wonky speech. That's why "tax" and "billion" and "budget" were mentioned often in the context of the revenue shortfall. 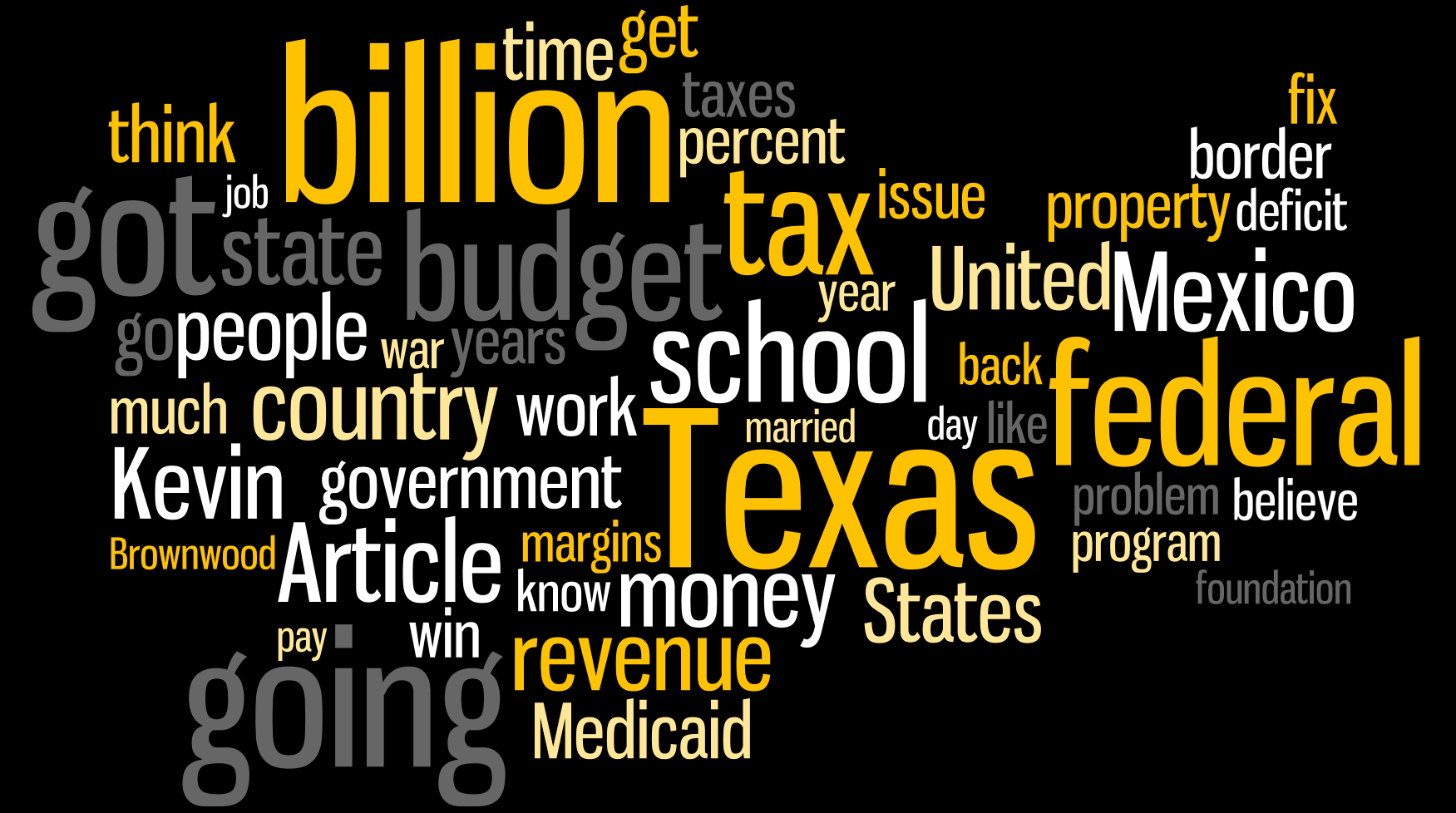