One steamy day in late July, the dirt roads at Hearts Bluff are too rain-soaked to drive on. So the ranch's caretaker, a leather-skinned East Texan named Ronnie Carroll, hops on a four-wheeler to give a tour of the property.

He warns that there won’t be much to see. He’s right. Around the ranch, overgrown vegetation, which the uncharacteristically wet summer has kept brilliant green, mostly obscures the lethargic Sulphur River and its muddy banks. A cool breeze, the only evidence of nearby water, occasionally cuts the oppressive humidity.

Bobby and Billy Lide, two brothers from Mexia, bought these 4,000 acres of neglected farmland outside of Mount Pleasant to create a wetlands preserve and launch what they thought would be a fail-safe, ecologically friendly business venture. Instead, they've found themselves in the midst of a protracted property-rights dispute with the state of Texas, which wants to submerge their land in 80 feet of water.

The land lies squarely within the 67,000-acre footprint of the controversial Marvin Nichols Reservoir, which the state has marked as an essential supply of water to the Dallas Fort-Worth area in the coming years. The Lides purchased Hearts Bluff solely to create a wetlands mitigation bank, which would allow them — in what could be a hugely profitable enterprise — to sell credits to the government and private developers looking to build over wetlands. Section 404 of the Clean Water Act allows developers to fill in wetlands as long as they offset their adverse impact by preserving other wetlands nearby. The first mitigation banks were established in 1983.

The Army Corps of Engineers, the federal agency that regulates both the development of wetlands and mitigation banks, denied the Lides' permit in 2008, saying it conflicted with the state’s plans for Marvin Nichols. Now the brothers are asking the Texas Supreme Court to take up their lawsuit, which charges that the state interfered in the process and, in so doing, unconstitutionally destroyed the value of their property. They're also suing the Army Corps separately in federal court over the permit rejection.

Terry Jacobson, the Lides' Corsicana-based lawyer, says the state used its sovereign power to interfere in the permit process. His clients believe that plans for Marvin Nichols were accelerated expressly to ensure they would not receive the federal permit and to avoid paying for the increased value of their property if eminent domain was used to condemn it.

The corps and the Texas Attorney General’s Office, which represents the state in the suit, both declined comment on the suit or the Lides’ allegations. 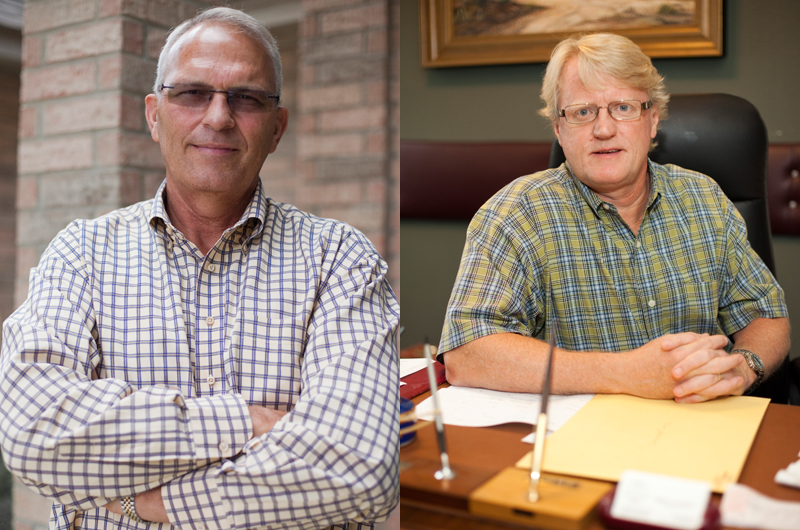 In 2004, the Lides — who learned about mitigation banking through their experiences in the oil field tank business — hired international engineering firm PBS&J to conduct an extensive study of potential sites around the state for the purpose of launching a venture like the one they ultimately did. The seven miles of swampy bottomland along the river were ideal for a wetlands restoration project, the firm advised them. The location, within reach of the sprawling Metroplex’s development boom, virtually guaranteed high demand for the credits. Bobby Lide began communicating with potential clients. He says the Texas Department of Transportation, looking to build a highway loop around Texarkana, was going to be the first one: “'As soon as you get your permit,' TxDOT said, ‘we want 1,000 credits.’” A credit can correspond to an acre of land, though that varies depending on the bank.

At that point, the Lides knew the prospective site for Marvin Nichols encompassed the property, so they raised the issue with the corps. “They said, 'Don’t worry about it,'” Bobby recalls, because while plans for the reservoir had been around in one form or another since 1968, the state hadn’t taken the critical next step in the building process, which was to obtain a “unique reservoir site declaration” from the Legislature.

After reassurances from the corps and PBS&J, the Lides went through with their purchase, paying $475 an acre. They then worked with the corps for two years to restore the land, removing, for instance, what Bobby Lide calls the “trash-trees” — fast growing and water guzzling ash, elms, and mulberries — that make up much of the undergrowth by the river. They moved in after a previous owner’s rice farm leached most of the nutrients from the soil.

The first hiccup in the permitting process came in December, when the corps issued a public notice that it was considering the Lides’ permit — and the Texas Water Development Board wrote a letter opposing the wetlands bank. It cautioned that if the corps approved the permit, Marvin Nichols would become “a less viable, if not infeasible, project,” thus endangering the region’s future water supply. Still, the Lides say, the corps continued to work with them to get their permit approved, even telling them in 2005 to “expect a Christmas present.”

Then, in 2006, the Water Development Board announced it would go forward with Marvin Nichols, igniting regional hostilities between the rural Northeast Texas communities that would lose 67,000 acres to the reservoir and the Dallas-Fort Worth metropolis that it would benefit. The board’s move meant it needed to obtain a unique reservoir site declaration from the Legislature — which would restrict development within the footprint and provide notice that the state intended to condemn the land in the future. At the same time, a newly declared federal wildlife conservation refuge threatened the state’s plan to build a second East Texas reservoir, Lake Fastrill. (Six months ago, the U.S. Supreme Court rejected the state’s appeal of a 5th Circuit decision to put the kabosh on Lake Fastrill because of the refuge.) The corps denied the Lides’ permit in July 2006. The Legislature approved Marvin Nichols during the 2007 session, with the stipulation that if it did not obtain financing for it by 2015, it would come out of the water plan.

The potential loss of Lake Fastrill, Jacobson believes, spurred the Water Development Board to make sure his clients didn’t get their own federal permit — which could have blocked Marvin Nichols or at least made their land more expensive for the state to buy and condemn. In other words, Jacobson says, the Lides have a classic “regulatory takings” case. The legal doctrine, based on the Fifth and 14th Amendments, holds that the government can’t decrease the value of your property through regulation. According to the corps, mitigation credits in Texas, subject to market demands, sell for between $15,000 and $25,000 an acre. That would mean at least a 200 percent increase in value for the Lides — not counting the approximately $2.5 million they spent preparing the land for the permit. "The main focus in a regulatory takings case is fairness and justice,” Jacobson says. "If this isn't a case about fairness and justice, then I don't know what is."

When the Lides filed in Travis County District Court in 2008, the state immediately moved to have the suit dismissed. The trial court ruled in their favor, but when the state challenged the decision, the appellate court overturned it. Now the Lides hope that the Texas Supreme Court will reverse the lower court and they’ll be able to take the state to trial for their losses.

Their prospects at the high court don’t look good, according to Jim Harris, an attorney with Dallas-based Thompson & Knight who’s specialized in environmental and land use issues for more than 30 years. For one thing, he says, the state hasn’t taken away an existing right, only one the Lides hoped to attain. For another, it wasn’t the state that actually denied the permit — it was the corps, something the appellate court noted in its opinion. No matter what the state might have done behind the scenes, he says, the appellate court “didn't want to get into the factual situations into how much arm-twisting is enough to suck the state into it.”

However inequitable the final decision may be in the Lides’ case, Harris says, the Supreme Court will likely be reluctant to open the door to other takings-claim plaintiffs in cases where there’s no direct connection to the governmental agency being sued; judges often view the law through a broader lens. “Sometimes it's better to have a clear rule even though it may be unfair in given situations," he observes, “just so there's certainty as people move forward.”

For now, Hearts Bluff is a commercial fish and game ranch. Bobby says they’ll continue to make improvements there. He comforts himself with the prospect that if Marvin Nichols ever does get built, it won’t happen in his lifetime. Some estimates put the project's cost at $2.2 billion. If 2015 comes and the reservoir remains in the state water plan, he thinks it will take at least another 30 years to actually build it.

Meanwhile, Jacobson says, the Lides will be “just sitting there and watching the weeds grow."