The national debate over immigration policy continued to dominate news over the weekend. Here's a look at what happened in Texas since our last update on Friday:

There was a Father's Day march in Tornillo, a West Texas city that's now housing a federal detention center for unaccompanied immigrant minors. Just days after the shelter opened near El Paso, protesters gathered there to target the Trump administration's "zero tolerance" policy of separating immigrant children from parents seeking asylum. The march, led by U.S. Rep. Beto O'Rourke, D-El Paso, and congressional candidate Veronica Escobar, drew hundreds — including lawmakers, political candidates and members of the faith-based community. (We made a Twitter moment of the event, which the Tribune's Julián Aguilar and Ivan Pierre Aguirre photographed.)

Some Texas faith leaders criticized the administration's "zero tolerance" policy during their Sunday sermons, according to the Tribune's Emma Platoff. One churchgoer in Fort Worth said his pastor referred congregants to Leviticus 19:33, which instructs, "When a foreigner resides among you in you land, do not mistreat them." Other faith leaders say the issue of family separation isn't a political one — it's a humanitarian and moral crisis.

A shelter for immigrant children separated from their parents is being considered for downtown Houston, the Houston Chronicle's Lomi Kriel reported over the weekend. The vacant warehouse — which once housed homeless women and families as well as adults displaced by Hurricane Harvey — would reportedly serve up to 240 children up to age 17.

Former first lady Laura Bush came out against the administration's policy. "It breaks my heart," she wrote in an op-ed published in The Washington Post on Sunday evening. "People on all sides agree that our immigration system isn’t working, but the injustice of zero tolerance is not the answer."

As part of his response to last month’s mass shooting at Santa Fe High School, Gov. Greg Abbott has suggested exploring what’s known as a “red flag” law to let local officials take guns away from folks who are declared a danger by a judge — while attempting to stay in line with their Second Amendment rights.

But similar bills have died before at the Texas Legislature. And as more states have adopted similar legislation in the wake of mass shootings, some gun rights advocates have already denounced Abbott’s idea over concerns that the measure could place too much power with "a vengeful relative" and give judges free range to decide who’s an “imminent threat.”

For your radar: The House Criminal Jurisprudence Committee is scheduled to hold its first hearing on June 25 to explore whether the state needs its own red flag law — and, if so, how it should be written.

Texas Republicans wrapped up their biennial state party convention in San Antonio over the weekend. Some highlights:

Best of the Trib

Best of the rest 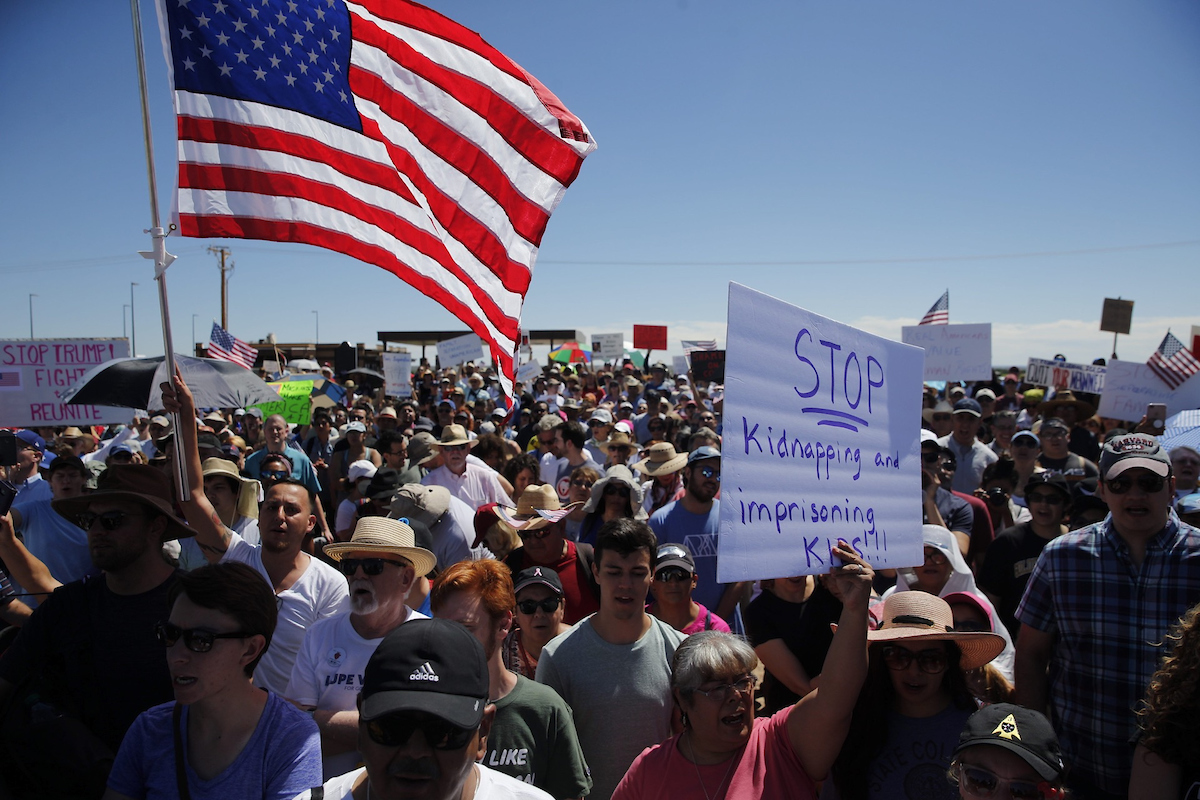 Hundreds of demonstrators protest the Trump administration's "zero tolerance" policy on June 17, 2018, in Tornillo days after a facility there opened to house children separated from their parents seeking asylum. Photo by Ivan Pierre Aguirre for The Texas Tribune.

Quote of the day